Perspectives: A Closed Drive-In? Blame the Hunger for Business

The Winter Drive-In is closed, sacrificing activity for business in an area that needed the former as much as the latter. 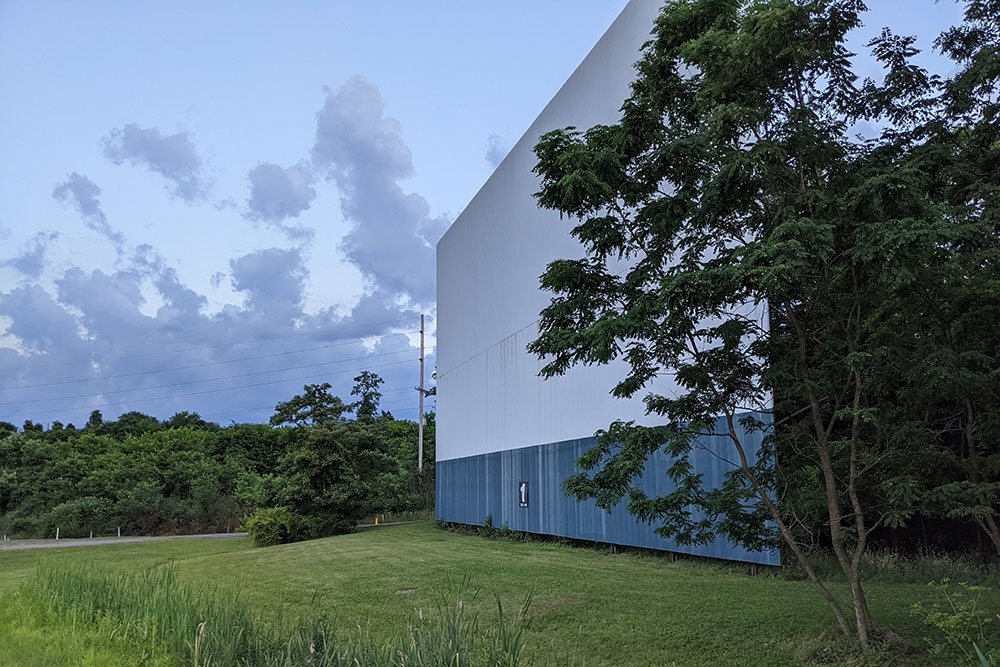 Two weeks ago, I made the drive to the Winter Drive-In of Wintersville, Ohio. It’s a nice trek from Pittsburgh; you mosey out past Burgettstown to the West Virginia line, skip through the panhandle and cross the Ohio River (for the second time on your journey — it’s a long river). It takes about an hour, and I’ve always found it to be a lovely drive around dusk.

I can’t imagine when I’ll be making that trip again. That trip was to pay my respects during the cinema’s final week of operation. It closed permanently on June 30.

I only began visiting the Winter last year, when the pandemic forced me to look far and wide to find outdoor screens. For many, though, this was the drive-in they grew up attending. Opened as a single-screen drive-in in 1969, the cinema expanded to four screens over the years; while it did have some temporary closures, it had rebounded and converted three of its screens to digital projection.

For more than a half-century, going to the Winter Drive-In was a pleasant way to spend an evening in an area that, over time, has lost plenty of ways to spend the evening. There’s industry and activity in the Steubenville region (Wintersville is essentially a suburb), but less recreation than there once was; in fact, Winter Drive-In was the fourth outdoor cinema around the small town to shut off its projectors.

So what will be taking the place of the bygone theater?

Business. Of some kind.

I heard rumors as to the nature of the business in question, but only two things have been confirmed to be true. First, the new owners are not interested in running a movie theater; those final shows on June 30 marked the end of the road for movies in Wintersville. Second, as reported by the Wheeling Intelligencer, the future for the property involves “a multimillion-dollar industrial development that will bring 30 new jobs to the area,” according to the realtor handling the sale.

Good news for about 30 folks looking for a job in the booming field of who-knows-what.

I don’t want to be dismissive; yes, people need places to work, and the path to prosperity for any town involves developing job opportunities. But no town worth living in consists solely of places of employment; you need places to go, as well. I’m sure there’s a very good reason why this particular patch of land was lucrative to the multimillionaires who decided to buy it.

I am just as certain that they should’ve found somewhere else to do their ill-defined industrial business.

The Winter Drive-In Facebook page has now deleted all of its posts, presumably to avoid further speculation about the nature of the sale. Before doing so, I was struck by the number of commenters who were bemoaning not just the loss of the drive-in but the lack of things to do in the area. There’s much more to making a place worth living than an outdoor cinema, but the commenters have it right — more is lost when recreation and entertainment leave town than just some movies.

Whatever the behind-the-scenes circumstances, losses like this should be avoided — and taken as a cautionary example, even for those of us much closer to a major city.

Individually, we have to keep up our part of the deal: Going out and patronizing the businesses we want to keep. The lure of staying in and relaxing is strong, and it got stronger over the past year. Your home is probably great. But, no matter how many inches your television is, going to the movies is better. You may be a fine cook, but restaurant service will usually win out. And there’s a vast gap between a ballgame on your television and one amid the roar of the crowd.

The other half of the bargain, though, is on developers: Don’t take away something we need in order to do business. Yes, we need jobs; we also need all the other things that make life worth living. If you have to tear down a 50-year institution to grow your business, consider how badly your business needs to grow. It may be worth it to you, but it may not be to your community.

I hope that whatever fate awaits the former Winter Drive-In enhances the town and leads to the right kind of growth — the kind that gives people living nearby not just a place to work, but a place to be.

Eh, who am I kidding? I hope whatever moves in flops before they can knock down the screens. Maybe someone with a love of movies and an appreciation for what really makes a town run will pick up the fumble.