The Pittsburgh Penguins captain has not skated in a game since the finale of the Canada Cup tournament on Sept. 29. 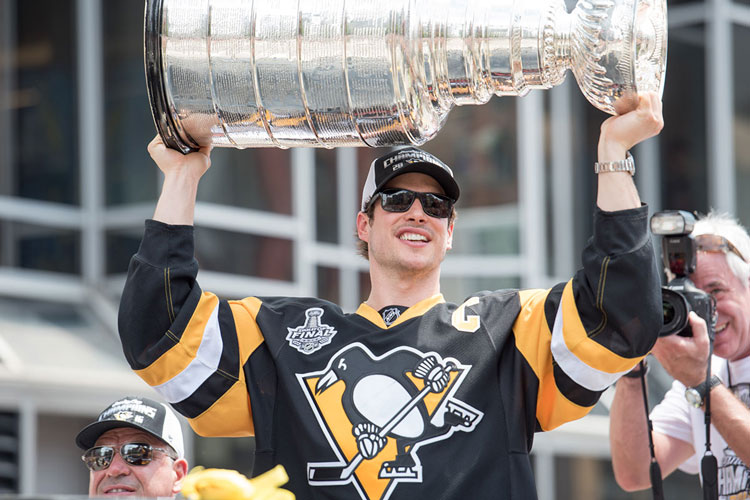 Two words Pittsburgh Penguins fans don't ever want to hear in the same sentence are Crosby and concussion.

Yet that's exactly what has sidelined the Penguins' captain on the cusp of the team's defense of the Stanley Cup Championship.

In a tweet issued by the team, Coach Mike Sullivan said Crosby was hurt on Friday.

Coach Sullivan on Crosby's concussion: "It happened in practice on Friday." There is no timeline for his return yet.

Coach Sullivan: "Frustration at this point is a useless emotion."

Coach Sullivan: "With the absence of Sid in the lineup, we believe we still have a strong leadership group."

In a statement, the team said Crosby sat out Saturday's preseason game against Columbus because he was not feeling well, and missed practice Monday to undergo concussion testing.

Crosby has not skated in a game since the finale of the Canada Cup tournament on Sept. 29.

Crosby has a history of concussions which forced him to miss significant portions of the 2010 and 2011 seasons.