There will be watch parties for all of the home playoff games against the Rangers. 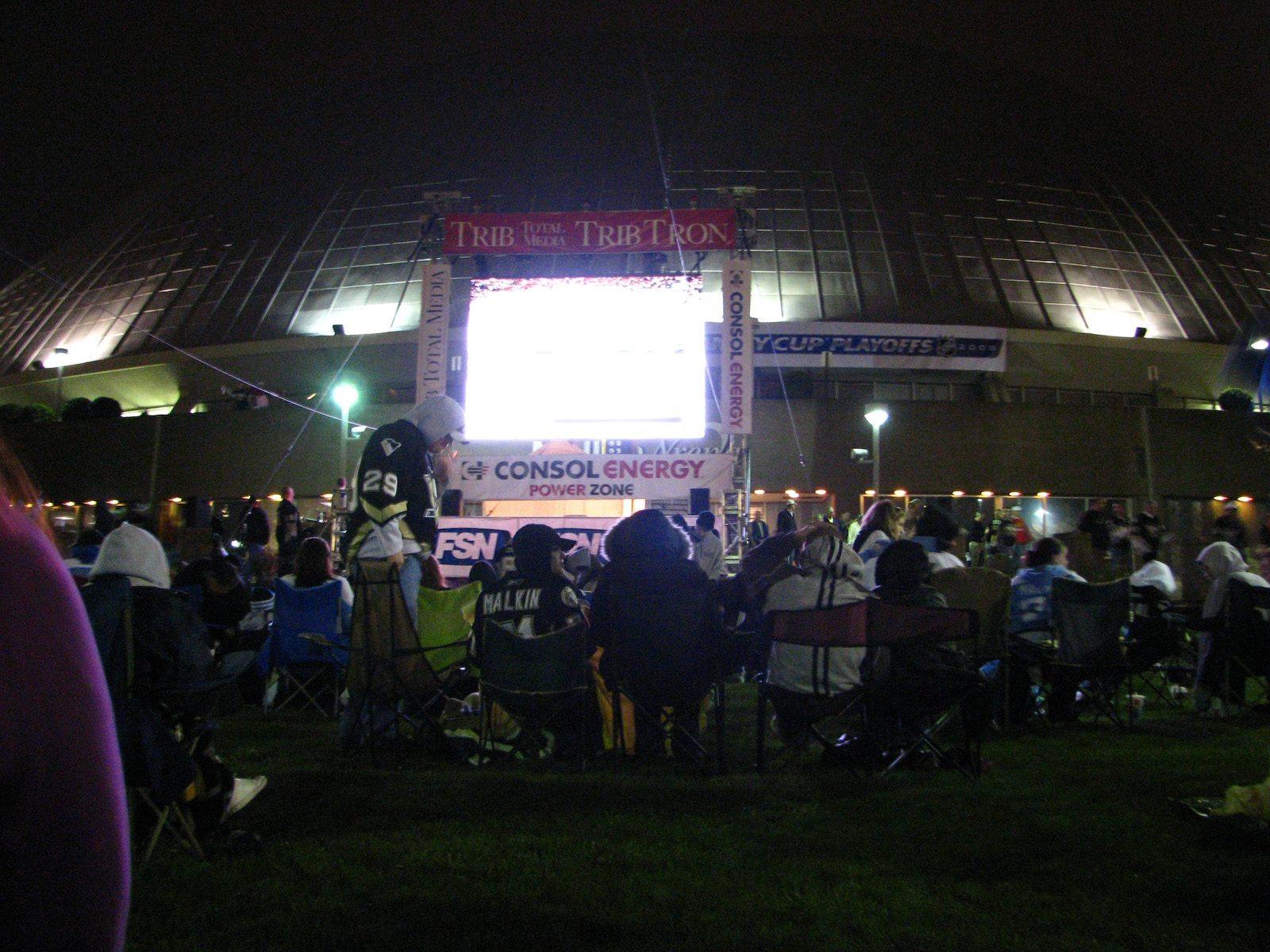 The big screen is moving to Market Square. The Pittsburgh Penguins announced Thursday that fans without tickets to the game can watch outside in Market Square and PPG Place.

“In partnership with the Pittsburgh Penguins, First Niagara, iHeartMedia, Market Square Merchants Association and Pittsburgh Downtown Partnership, the Penguins Playoff Big Screen will be in Market Square on Monday, April 20 and in PPG Place on Wednesday, April 22 for Games 3 and 4 of the first round of the playoffs,” the team said in a statement.

“This is one of my favorite springtime traditions,” said Mayor William Peduto. “Penguins fans have shown up to the big screen by the thousands in years past. Working with the organization to continue the tradition for Round 1 this year was a no-brainer.”

The move from outside Consol Energy Center was necessitated by a construction project at the site of the former Civic Arena.

“We appreciate Mayor Peduto and the city stepping forward to create this opportunity for the Penguins and our fans," said David Morehouse, CEO and president of the Penguins. "It's a great way to continue the tradition of the big screen and Penguins playoff hockey.”

The puck-drop for both games is 7 p.m., but fans can begin to gather as early 5 p.m. each day. It’s a family-friendly, free event.

Alcoholic beverages are not permitted, and open-container laws will be enforced. Rain or shine. 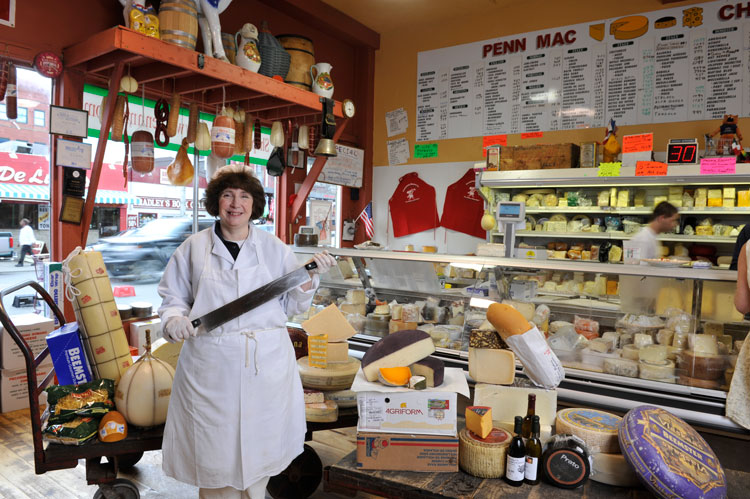 "It's like I'm invited to somebody's table without being there," says Carol Pascuzzi while talking about her role at Pennsylvania Macaroni Co. The fixture at Penn Mac's cheese counter — who's best known for calling customers "dearheart," a term of endearment, as she offers recommendations — will retire from her post next month. Good-humored Pascuzzi says "cheese is something you can have for breakfast, lunch, dinner … There's a lot of history and ancestry going back." But she can't pick a favorite kind.

She's quick to note that she's not the only one leaving Penn Mac in May: She says that she and her husband, Nick, are a package deal; according to her, he started at Penn Mac a few months before her, back in 1984.

"Pittsburgh always will be part of my heart," says Pascuzzi, who says the city is like a "melting pot … like a big small town." 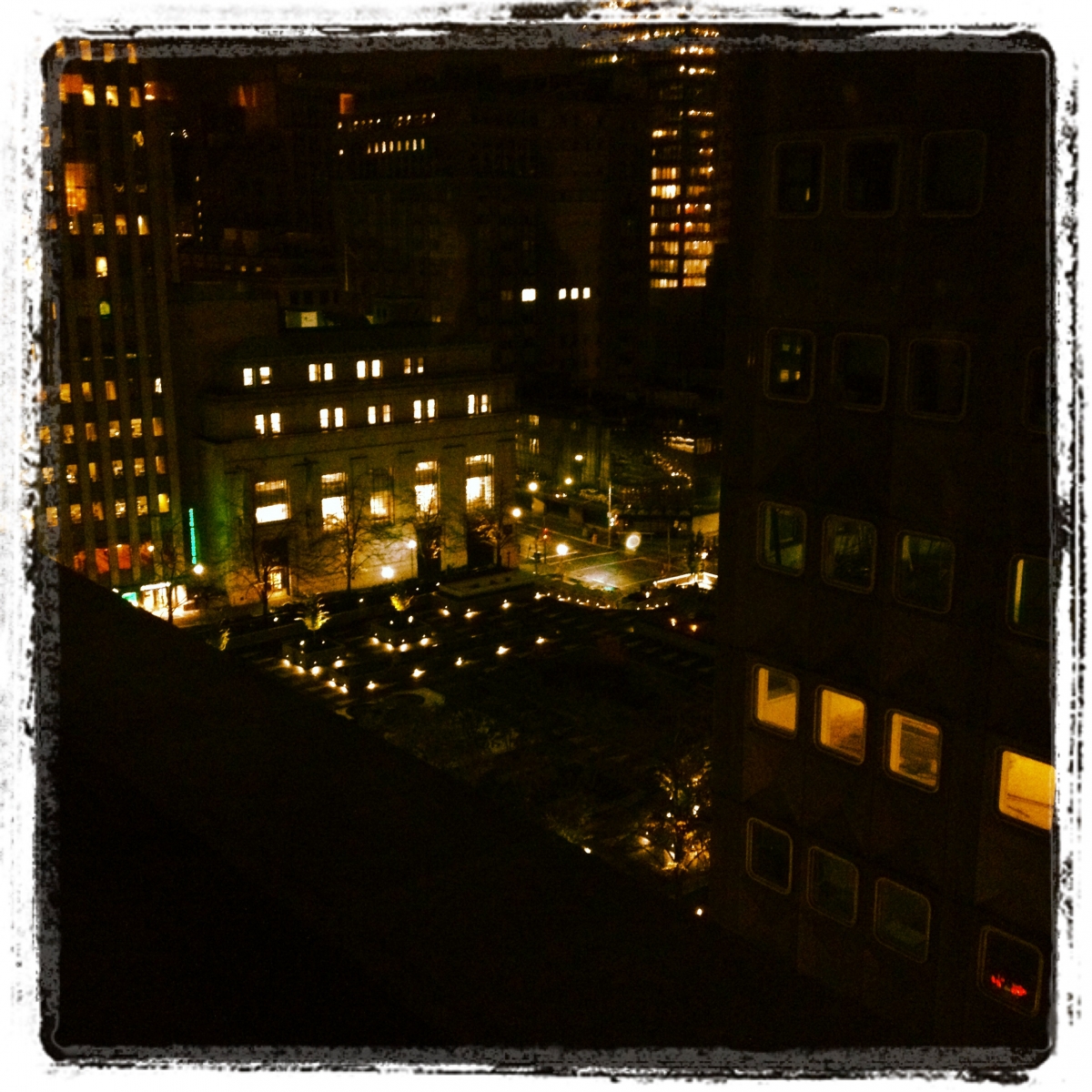 VIEW OF THE CITY FROM THE HOTEL'S NINTH FLOOR. PHOTO BY KRISTINA MARTIN

What's better than eating snacks and sipping a brew al fresco? Doing it on the rooftop of a swanky hotel. Hotel Monaco Pittsburgh recently announced that it'll open the ninth-floor Biergarten on May 15. Expect to find a beer-driven drinks menu along with a list of German-inspired "bar bites," expertly prepared by Executive Chef Dennis Marron and his crew at The Commoner. The spot will open in the early evening, to accommodate happy-hour revelers seeking a place to unwind and perhaps play cornhole or garden chess.