The Nittany Lions' Men's Hockey Team has come a long way in four short seasons as it prepares for its annual showdown with rival Robert Morris in Pittsburgh. 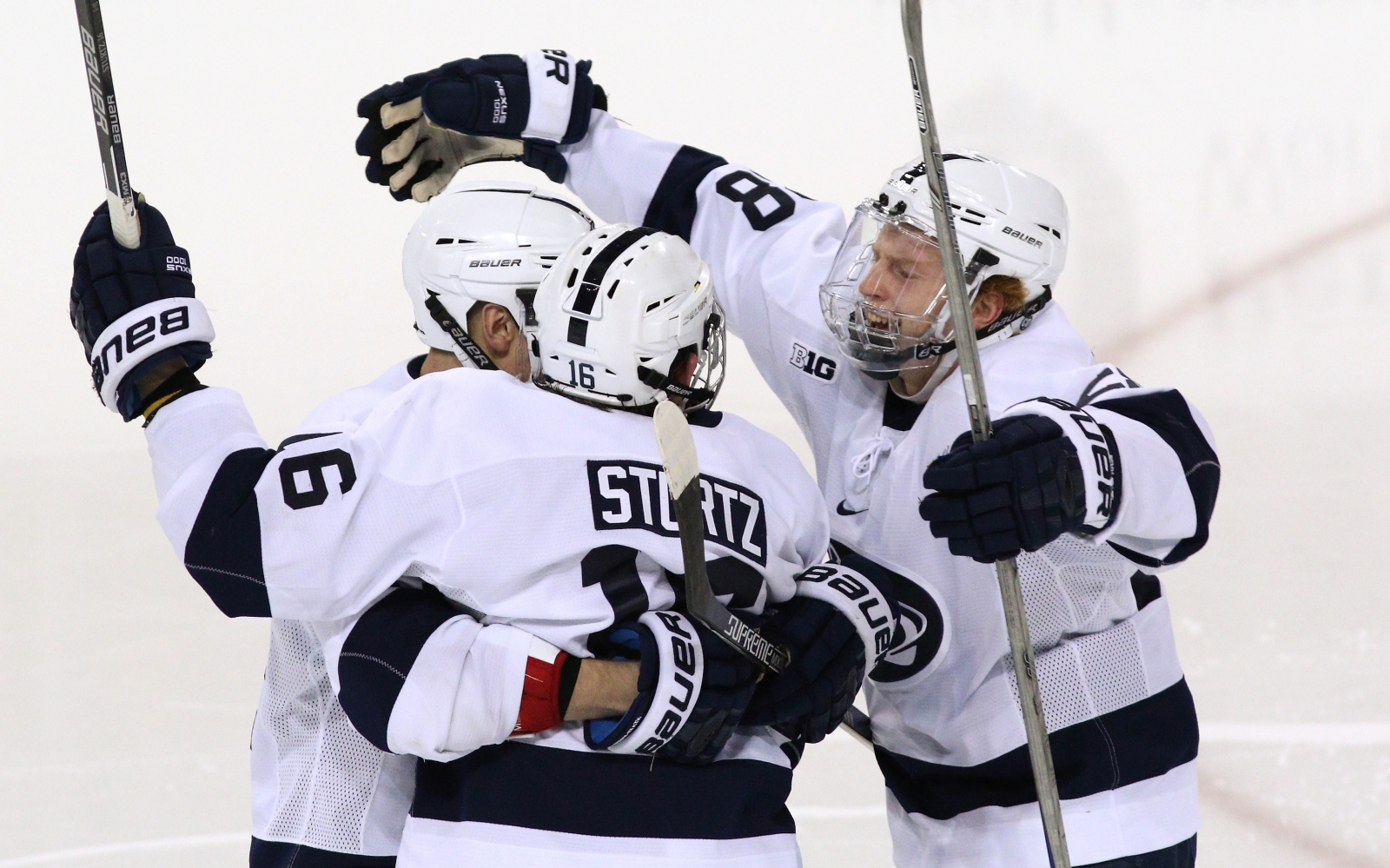 There was no celebration when this week’s national rankings were released; Penn State simply continued going about the business of preparing for Friday night’s hosting of Princeton.

That type of head-down, straight-ahead approach has been working wonders so far, so why alter it?

The Lions are better than ever according to this week’s uscho.com Top 20, which bestowed upon Penn State a No. 16 national ranking on Monday, the high-water mark for the fourth-year program.

The ranking is a reflection of Penn State’s 10-2-3 overall record, of the Nittany Lions’ 2-0 start in Big Ten Conference play, of PSU’s 4-0-2 November (its first undefeated month as an NCAA Division I program).

“All this happened a lot quicker than we anticipated,” Gadowsky admitted. 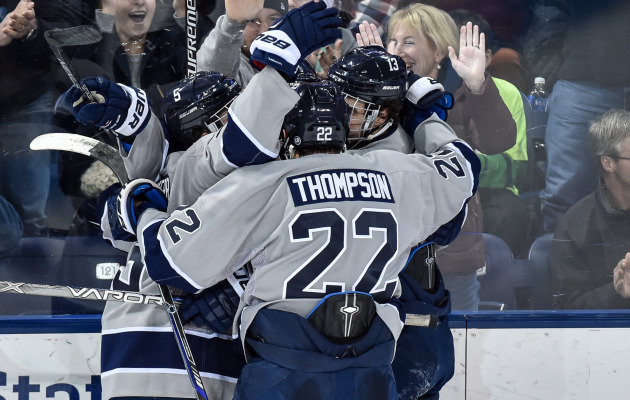 What the Nittany Lions have become since dropping the puck for the first time as an NCAA Division I hockey team in 2012-13 will be on display in the Three Rivers Classic Dec. 28-29 at CONSOL Energy Center.

Penn State will meet Robert Morris at 8 p.m. on Dec. 28, the fourth time the two programs will have clashed in the fourth-year tournament at the home of the NHL’s Penguins.

The resumption of that rivalry will be preceded by a meeting between Clarkson and No. 8 Massachusetts-Lowell at 4:30 p.m.

Penn State will play the way it always plays, the way Gadowsky teams at Alaska and Princeton had always played, with a distinct and unwavering style that’s referred to in the college ranks as “Guy Gadowsky hockey.”

The Nittany Lions are a big, heavy team. They move forward all the time and they’ve seemingly never perceived a shot as one not worth taking, no matter from where. They’re strong along the boards and below the goal line and they have no objection to skating through an opponent if that’s what’s required at the time.

The idea is to get pucks on the net, to get bodies to the net and to repeat as necessary.

The twist this year is the Nittany Lions are getting better at getting to their game.

“We’ve been getting great goaltending,” Gadowsky assessed. “When that happens good things seem to happen all over the ice. And on defense, we continue to bring in guys that see the ice extremely well and move the puck extremely well, and that helps our overall play.”

The program was an instant hit in what is now being referred to in some circles (face-off circles, for example) as “Hockey Valley.”

Penn State hosted Michigan State last weekend having played to 104.3 percent capacity in two-plus seasons at its state-of-the-art facility, Pegula Ice Arena, and with an average attendance this season of 6,058 (sixth nationally). This season’s allotment of 1,000 student season tickets sold out in five minutes back on Sept. 3.

The two schools’ upcoming collision on Dec. 28 at CONSOL offers the perfect chance for fans of the sport in general who are unfamiliar with the college game in particular to partake in a crash course that’s certain to entertain.

It’s also an opportunity to see what all the fuss isn’t about at Penn State.