The Big Ten Council of Presidents and Chancellors is reversing an earlier decision to delay the start of the season until next year. 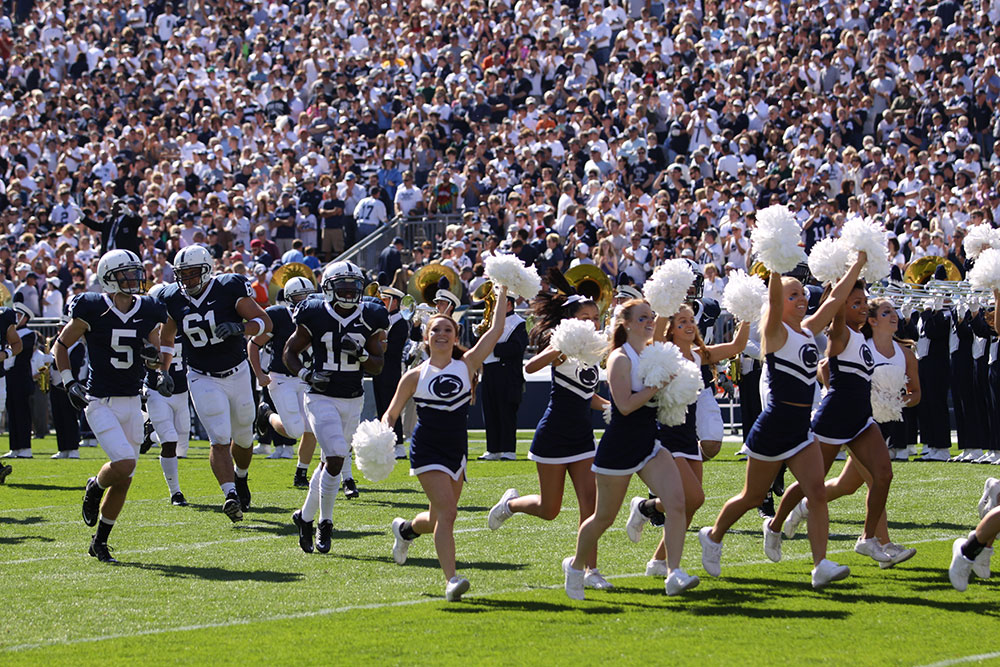 The Nittany Lions will take the field after all in Happy Valley.

The Big Ten Confernence, of which Penn State is a member, has changed its mind. Its football season will resume the weekend of Oct. 23. In a news release issued by the conference on Wednesday morning, the unanimous vote to  start playing next month came after the Council of Chancellors and Presidents “adopted significant medical protocols including daily antigen testing, enhanced cardiac screening and an enhanced data-driven approach when making decisions about practice/competition.”

The schedule is a work in progress but is expected to be announced soon. It’s not expected that fans will be allowed to attend any of the games.

“The opportunity to safely return to athletic competition is a positive for not only our athletics department, but our campus community,“ Sandy Barbour, Penn State’s Vice President for Intercollegiate Athletics said in a statement on Twitter. “I am thrilled for our student-athletes, coaches and staff, as I know how much continued hard work they have put in during this summer and fall with their eyes toward returning to competition.

The decision comes just a month after the conference decided to postpone football and other fall sports to the spring of 2021.