Sewage problems at the building it leases on Forbes Ave. have kept the restaurant closed since early January. 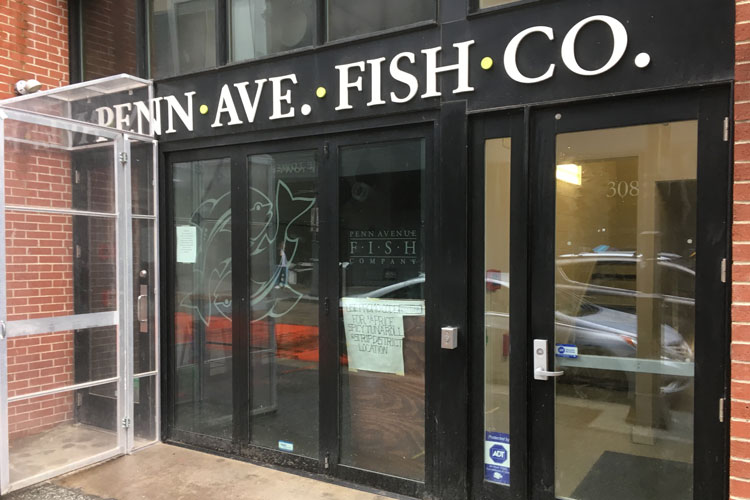 The Penn Avenue Fish Company is giving up its location in the building it leases at 308 Forbes Ave. Downtown after enduring a two-year street and sidewalk construction project as well as sewage backups that first closed the restaurant nearly two months ago.

Penn Avenue Fish and an adjacent eatery, Courthouse Tavern, were forced to shut down because of sewer backups in the basement that the building’s owner, Mark Clements, blames on street and sidewalk reconstruction work done on Forbes Avenue between Wood and Smithfield Streets.

Co-owner Henry Dewey says Penn Avenue Fish has already signed a letter of intent for a new Downtown location, but he isn’t revealing the new address just yet. He’s also hinting at a new concept.

“All signs were pointing to doing something new and exciting. You have to reinvent yourself in Pittsburgh every couple of years,” he told the Pittsburgh Post-Gazette.

Dewey also told the PG that the closing of the Downtown location has shifted more business towards Penn Avenue Fish’s restaurant and market in the Strip District, which has extended its hours on most days of the week.

While Penn Avenue Fish is moving, Courthouse Tavern intends to reopen once the sewer repairs are completed.

Clements told the paper that he spent “six figures” of his own money to repair the sewer line after the contractor and city refused to do so.

According to the PG, the city considered it an an issue between the contractor and the businesses. The contractor, A. Merante Contracting, blames the backups on a “pre-existing problem.”