Penguins Must Recapture a Defense-Wins-Championships Mentality

At the All-Star break, the Pens appear to be one of the best teams, if not the best team, in the league. But something is missing that will need to be found if the team is to repeat as Stanley Cup Champions. 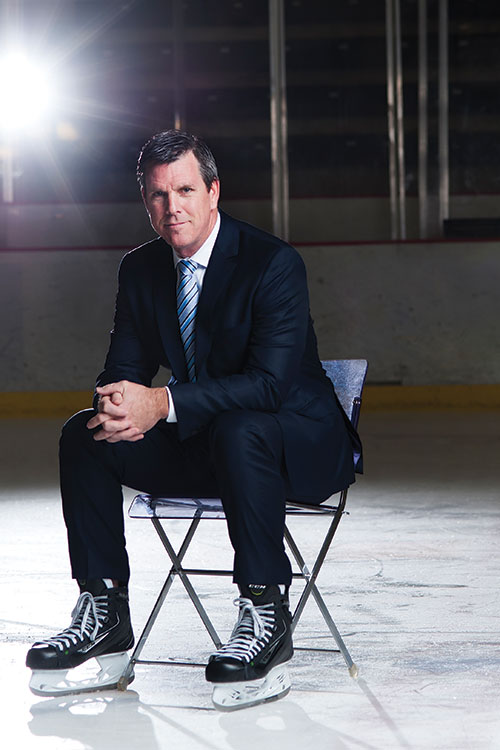 The Penguins’ latest attempt at defending a Stanley Cup championship has, for the most part, gone as well or better than anyone had a right to expect.

The team that returned almost intact from last season’s run to the top of the mountain arrived at the All-Star break fourth in the overall standings, and once again looking like one of the best teams if not the best team in the NHL.

The ride to a 30-13-5 record at the break had been imperfect along the way.

But in navigating the first 48 games, the Pens had re-established several of the trademark characteristics that had proven essential in capturing last season’s championship, including, in no particular order, resiliency, the ability to overcome injuries and the capability to score goals.

All of that was encouraging, but it also begged a legitimate question: What is it, exactly, that the Penguins will be playing for between now and the playoffs?

“Certainly we’d like to win our division if we could,” head coach Mike Sullivan opined this week.

It was one of the few times anyone associated with the Penguins had identified such an objective.

And it really wouldn’t be much of a disappointment if it didn’t come to pass.

The Pens, after all, finished 16 points behind the Capitals in the Metropolitan Division last season, and look what happened.

But what will matter most come playoff time, and what the Penguins must hone between now and their visit to New York for the regular-season finale on April 9, is their collective ability to defend.

The Pens’ NHL-best total of 170 goals before the break was augmented by the four they scored in their victory over Nashville on Tuesday night at PPG Paints Arena.

But the two goals surrendered against the Predators left the Penguins at No. 20 in goals against (142) through 49 games.

They’ll have to be better than that in the postseason and Sullivan knows it.

“When we get away from it, that’s when we tend to give up more chances against and therefore more goals against. Sometimes, you can’t always control the goals. What you can control is the process, how you play in limiting teams’ opportunities and more specifically, their Grade A opportunities. If you do that, usually the goals against comes down.

“We discuss that with our team consistently about becoming a harder team to play against, a playoff-type team. That has to be part of our identity moving forward.”

That has as much to do with how the Penguins are playing, with the way they’re managing the puck, the decisions they’re making and what they’re trying to accomplish in the offensive zone and between the bluelines as it does the defensive end of the ice.

It’s on the forwards as much as it is the defensemen and the goaltender.

That was ultimately the defining characteristic that won them the Cup last season.

And that’ll be the case again this spring whether Marc-Andre Fleury is traded or another roster tweak or two are eventually made.

It’s not about winning games for the Penguins the rest of the way, it’s about playing winning hockey, or, as Sullivan put it, becoming “a playoff-type team.”

Should they accomplish the latter, the former has a chance to take care of itself.