A native of Italy moves from Germany to Pittsburgh and launches her own bike tour company. 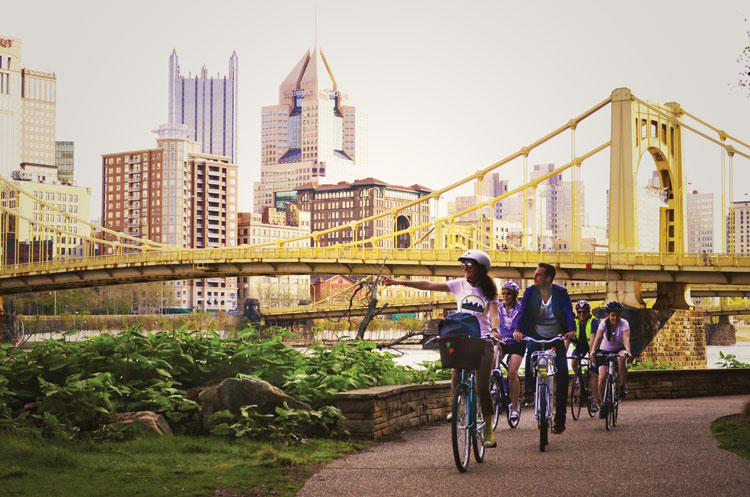 After years in a long-distance relationship, Val Scholar moved from Berlin to Pittsburgh to be with her now-husband, Michael, a Pittsburgh native. A little more than two years after the couple decided to make the ’Burgh their home, Scholar has combined three of her passions — biking, architecture and art — to build a career.

Armed with a master’s degree in art and architectural history and a desire for self-employment, Scholar in May 2015 blended Pittsburgh’s rich cultural history and growing bike scene to form Bike the Burgh Tours (biketheburgh.com).

Scholar designs tours by choosing a theme, conducting research on local landmarks and test-riding to find safe routes that even less-experienced bikers can enjoy. She runs three weekly tours, plus special-occasion tours such as the upcoming “Andy Tour,” scheduled for Sept. 24; that tour will explore the lives of Andy Warhol and Andrew Carnegie.

Scholar is motivated by Pittsburgh’s impact on American history, but she also admires the city’s recent direction. “There is constant change. It is in transition — and the cool thing is that someone like me can be part of this.”