The stand-up comic is set to perform in Pittsburgh for the first time in decades — but a gig here long ago proved life-changing. 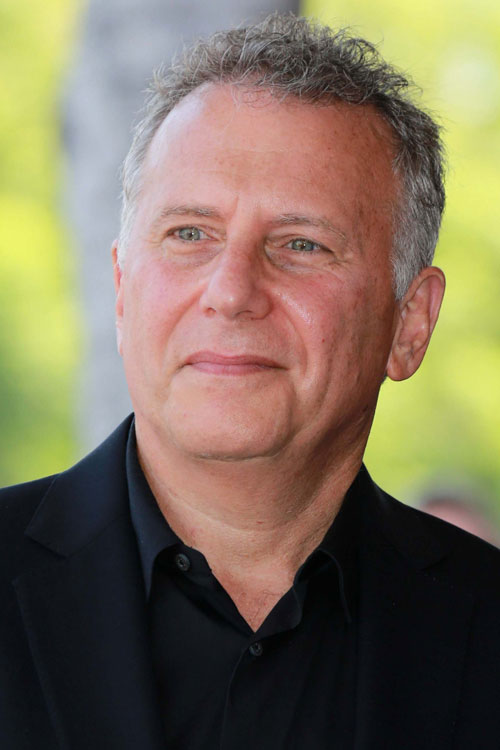 Comedian, actor and writer Paul Reiser has been entertaining people for more than 35 years. He’s hit the highest levels of success on stage (Comedy Central named him among the 100 greatest stand-up comics of all time), in print (his books “Couplehood” and “Babyhood” were New York Times bestsellers), on television (through 164 episodes of the wildly popular sitcom “Mad About You”) and on the silver screen (recent roles include parts in acclaimed films such as “Concussion” and “Whiplash”).

Friday, Reiser will perform at the Carnegie Library of Homestead Music Hall; it will be his first stand-up gig in Pittsburgh in decades. In a conversation with PM, however, Reiser explained that his Pittsburgh ties run deep. Tickets for Friday’s show are available here.

Were you in town for “Concussion?" Were your scenes filmed here?
Yeah, everything was filmed there — though you wouldn’t know it — [even my] little tiny 14-second [part as Dr. Elliot Pellman] — I tell people it’s some of the most compelling 12 seconds you’ll ever see in film. Well, I need to tell myself that. And my wife is from there, but I had not been back in a while. I was married in Pittsburgh. I haven’t performed there probably in 30 years, since I met my wife. I met my wife in a comedy club in Pittsburgh — she was a waitress and I was performing and sparks flew. And it’s been over 30 years.

What club was that?
The Funny Bone on Route 51. It was next to a dry cleaner and a tire repair shop. It just shouted show business. “Should I get my tires rotated or see a comedian?” 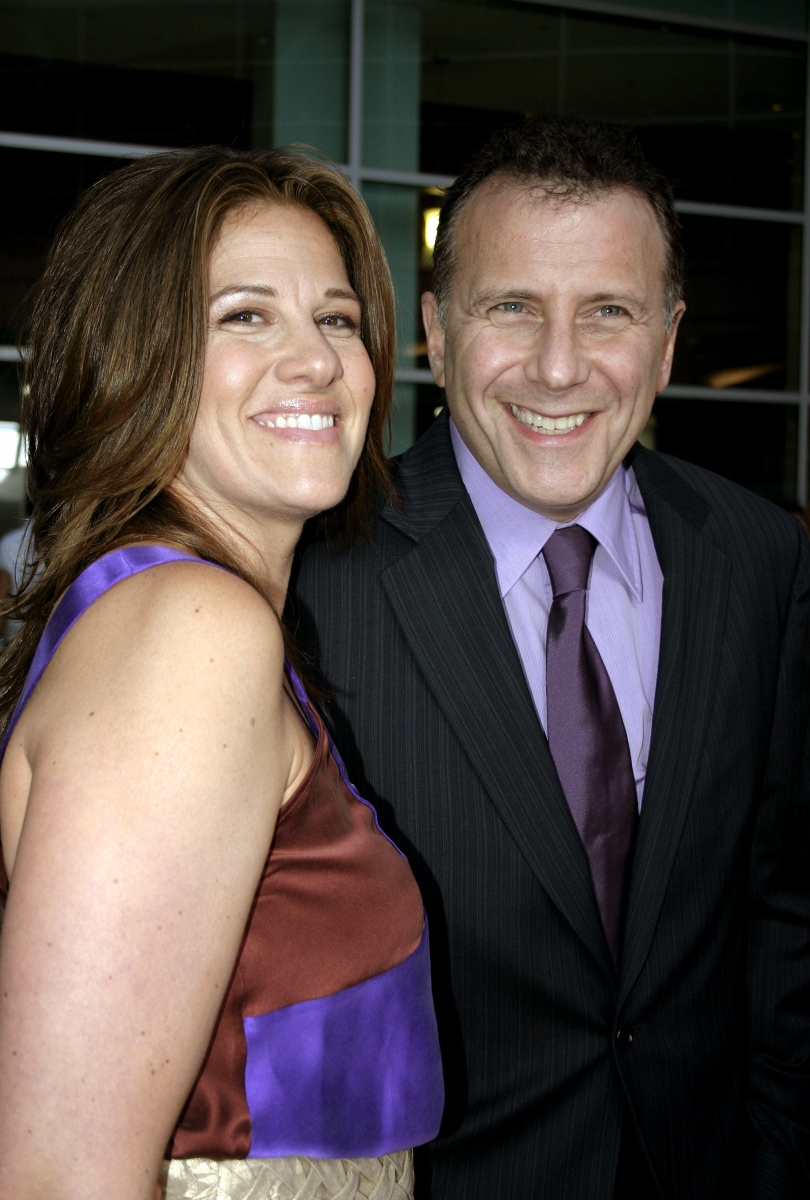 I didn’t realize you got married here. Where did you get married?
It had a crazy name. Something-opolis. Storyopolis?
​
Coraopolis.
Coraopolis, that’s it. Storyopolis is the name of a bookstore out here. Coraopolis, sort of near the airport. It was this beautiful old restaurant, sort of like a private home. We got married very small, it was just our immediate family, and if it was up to us, we would’ve chipped it down even further. Some of those people would not make it if we were writing up that guest list today. But yeah, Pittsburgh has a fond spot in my heart.

Back to “Concussion” — the size of the role notwithstanding — I really enjoyed it.
It was a great film. Will Smith was fantastic. And the writer-director, Peter Landesman, did a terrific job, I thought, of being pretty judicious and fair-handed. Because it would’ve been pretty easy to make the NFL these terrible brutes and he didn’t. I thought he was very fair about it. And it’s a subject that certainly needs more talking about.

And that’s what impressed me the most — I thought it was very even-handed, but at the same time, I didn’t know how you could watch it and not be convinced. Did that process change how you feel about football?
Very much. Because ever since that film came out, I have not played one professional game of football. Not once have I donned a helmet and gotten on the field. I had never really thought much about the details behind a lot of the stories, and I certainly didn’t know the story of Dr. Omalu … The story of this guy was fascinating, and I never knew it — [Omalu] had no axe to grind, he knew nothing about it. And he actually made a discovery that he thought people would be happy to hear about. “Oh, I’ve discovered something, I’d better tell these people.” Only for them to tell him, “Yeah, why don’t you keep that to yourself, pal.” That was a very compelling story.

So do you still think of yourself as a stand-up first? When you wake up in the morning, are you a stand-up comic?
First, I’m amazed that I’m standing first thing in the morning. I go “Wow, look at that, I’m a standing guy.” I started stand-up when I was 19; I was at college and I went on stage for the first time. It was the summer after my first year of college, and I went up one time in New York for five minutes. And [in the fall,] someone said, “What did you do all summer?” And I said, “Oh, I was a comedian.” I was a comedian for five minutes, but it was the only thing I wanted to mention. I loved wearing that hat, that banner. And then every summer after that I kept doing a little more, and when college was done, I just continued … And when “Mad About You” got started, I got distracted and busy. When it was over, seven years later, I was happy to be home for a while and just be with my kids, but I always intended to get back to the stand-up. Then it surprised me; I realized it had been 20 years … And I started exactly the same way I did when I was 19, I just went down to the club. It was different now because they knew me and I had some skill — but it’s still an uphill climb to put an act together and write material. So after about a year, I thought, “I have enough material and enough of my muscle is back, let’s start doing some shows.” There was never any rhyme or reason; I wasn’t working towards some big tour or big special. It was just really the love of it … Comedy — it’s instant. You’re right there, and then you go home, then tomorrow night you try it again. And I’m loving that part of it, too.

Doing the beautiful old theater is obviously a lot different from five or six shows over a weekend in a club, though.
For sure.

Are you enjoying the big audiences?
There’s something really wonderful about doing a long show in a theater full of people who came to see you. It’s not just, “Hey, this guy dropped in to do five minutes.” There’s an instant connection — when an audience comes to see me now, it’s because they know me. They knew me from “Mad About You” or the books, whatever it is. But they feel like they know me and they kinda do, because everything I talk about is true. So there’s an intimacy that really is there.

After a long break, how has stand-up changed? How is the artform different?
It hasn’t. It hasn’t changed at all. That’s what I find kind of refreshing; there are very few things in life that haven’t changed. Technology is cool — there are a lot of comics that can get breaks by putting something up on YouTube, and that’s an opportunity you wouldn’t have had 20 years ago. But the actual art, the craft of standing up and working material is so low-tech that it’s impervious to any kind of technological advancement. And there’s not many things you can do exactly as you did them when you were 19, but getting up on stage and starting over was exactly the same. You still have to deliver the laughs, you still have to connect to them. It’s refreshingly the same.

You’ve been doing a lot of movies in the past few years — can you tell us what’s coming next?
I think next is a Kevin Bacon movie called “6 Miranda Drive,” coming out in May … I’m working on developing three or four different TV shows now. One I’ll be in, and the others I’d just be writing and producing. And this summer I’ll be doing season two of a show called “Red Oaks” on Amazon, which is a really fun project — Steven Soderbergh is the producer. A lot of really talented writers and actors on that. That’s been fun. What’s repeated is the world feels a lot like it did when I started: Stand-up is my priority, but then all these lovely films or TV projects come up. And then when they’re done, I go back to what I do.