Pat Toomey and President Trump: Not Always on Same Page

The Republican Senator from Pennsylvania discusses his differences with the President, avoiding another government shutdown and how to further combat the opioid crisis. 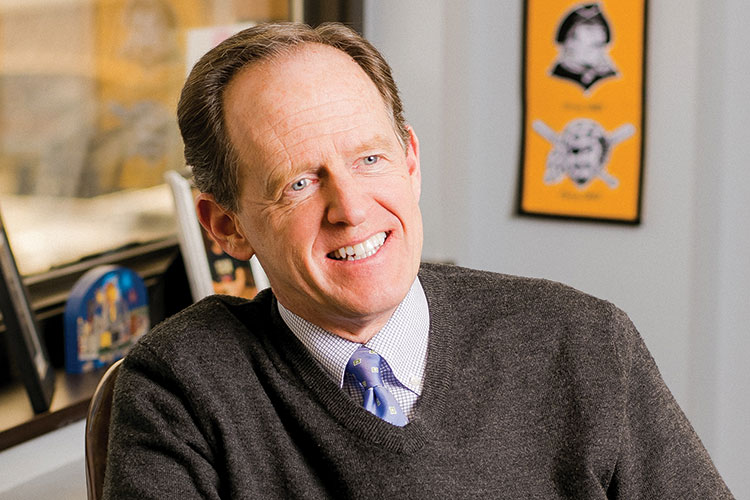 For most of the past 20 years, Pat Toomey has represented the Keystone State in Washington, D.C. But for a narrow loss in the 2004 Republican Senatorial primary — Toomey was edged out by Arlen Specter by a margin of fewer than 18,000 votes — the Harvard grad’s D.C. career would’ve likely been unbroken since 1999, when he began the first of three terms as the Representative from Pennsylvania’s 15th District.

After leaving the House — he pledged to adhere to a self-imposed three-term limit before his 1999 victory — Toomey won his Senate seat in 2010 and successfully defended it in 2016. As you may remember, however, there was another pretty big election held in 2016 — one that would remind Pennsylvanians that our state, and our country, has a sharply divided electorate. Toomey sat down with Pittsburgh Magazine to discuss the challenges of representing a politically diverse state and responding to a decidedly unconventional White House.

I’m someone who didn’t used to think that the “Purple State” notion was a reality; now I think that we’re living in one. We have two big urban centers that go hard left and the rest of the state, which goes equally as hard right. What do you see as a role in representing a state with a divided electorate? How does that affect your decision making?
I’ve got an obligation to be very clear with people about what I believe in, what my priorities are, what I will do in office. That’s going to probably work really well for a segment of the electorate; another segment is going to strongly disagree. A lot of people are in the middle and don’t spend a lot of time thinking about exactly where they are on the political spectrum; they have other practical things they’re dealing with in life. Then, I let the chips fall where they fall. It’s a fascinating thing in a “Purple State” like this, where I can get elected and re-elected as, in a lot of ways, a relatively orthodox Republican, and Bob Casey can get elected and re-elected as a pretty orthodox Democrat. It’s just the nature of American politics.

Did you have a reaction to the 2018 midterms — either the way that Pennsylvania went or the way the nation went? What message did last year send to you?
At one level, it wasn’t terribly atypical. The party in the White House usually loses a significant number seats in the House; we actually gained seats in the Senate, but that was more a function of the coincidence of the seats that were up. At that level, it looked relatively ordinary. But when you dig a little deeper, it was a little less ordinary than some.

Republicans did very, very badly with women; that’s not a sustainable situation to be in. Women make up a majority of the electorate. We did badly in suburbs, although I think that was also driven largely by how badly we did with women. It’s appropriate as a political party and as individual members of the party to take stock and think about what’s driving that. A midterm is often significantly about the occupant of the White House; it’s seldom entirely about the president, but it’s partly about that. That’s part of it. It was a rough night for Republicans. 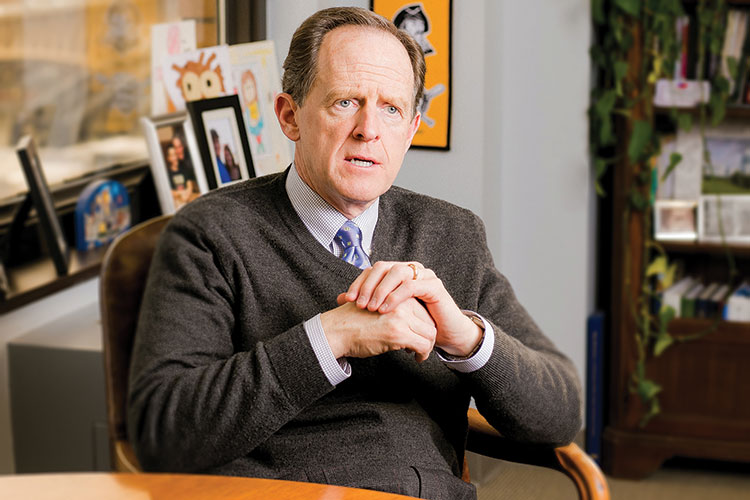 What can be done, both within Pennsylvania and within Congress, to hit the opioid crisis more directly?
There’s no one silver bullet; if there were, we would’ve fired it by now. But with a lot of incremental changes, hopefully, we’re making progress. I think there’s some evidence — I’m not sure it’s convincing yet — that suggests that, maybe, we’ve seen the peak of fatalities, for instance. Hopefully we’re now in a situation where the numbers are declining, but they’re still at very, very high levels.

I’ve spent more time meeting with and speaking with constituents on this topic than any other topic … The U.S. Federal Government is the world’s biggest buyer of opioids, by far. No other entity is close. And the United States prescribes more opioids per person than any other country in the world, and it’s not even close … So there’s no doubt in my mind that we overprescribe; there’s no doubt in my mind that there’s overprescription in Medicaid and Medicare as well, and we don’t monitor that very well … We’ve now improved how we do that.

For instance, requiring electronic prescriptions. Having a database that’s operable interstate, so we can know who’s got what kind of prescriptions. Requiring that a primary care physician is notified if someone has a nonfatal overdose of an opioid. You’d think that would be common sense, but the Centers for Medicare and Medicaid [Services] were not doing this. So those are examples of small, incremental improvements in how we manage this huge quantity of opioids that we purchase and deliver to participants in these programs.

I think we can get more aggressive with the Chinese on fentanyl. It’s illegal in China to produce fentanyl per se, but there are a number of what we call analogs — very similar chemical compounds that have the same biological effect — that are also illegal, but it’s not illegal as a category, as a class. So it is still possible to tweak the formula a little bit in a way that it’s still an absolutely deadly opioid, but technically avoids the prohibition in China. That sort of thing — we need to put a lot of pressure on the Chinese government to crack down on this, because that’s where it’s coming from.

So, big funding increases; the federal government is now devoting something on the order of $10 billion per year in dealing with opioid addiction. Most of that goes to treatment; part of it goes to research, which I think is a very important part, so we have a better understanding of who is susceptible to this kind of addiction.

There have been a number of high-profile issues on which you have split with the president in recent months — specifically on trade issues and Syria. This is … can we say a unique administration?
Yeah, you could say that.

I have a role to play. The Congress is an independently elected, separate branch of government. The Constitution assigns responsibilities to us that are very clear; the president has a different set of responsibilities. We both ought to do our jobs. Sometimes, that means I’m going to disagree with the president. I disagreed with President Obama very, very frequently; I disagree with President Trump occasionally. When I do, I feel like I’ve got an obligation, if it’s an important matter, to stand up and do something about it.

I don’t feel like I have an obligation to comment on every tweet; to have an opinion on everything that he says. That’s not important. But on important policy issues [like] trade and Syria, if I disagree with what the president’s doing, and I think it’s important, then I think I have to stand up and say something.

It feels like, legislatively, we just went through a government shutdown and ended up basically in the same place we were when it began. Is it time to talk about taking this play out of the playbook when there’s a disagreement between the executive and legislative branches?
That’s my view. I don’t think this is constructive; it’s very disruptive, it’s very problematic for the people who are caught in this crossfire through no fault in their own … There are two ways that I’ve advocated that we preclude the possibility of another government shutdown.

One — and we’ve taken a big step in this direction, but not a full step — and that’s restore the ordinary funding exercise. Think about it this way: A government shutdown occurs when we reach the end of a fiscal year and have not secured the funding for the next fiscal year. Well, if we do all the funding — if we do all the individual appropriation bills before the fiscal year runs out — then everything is funded and we can’t have a shutdown. That’s the optimal way to do this; we got three-quarters of the funding bills passed last year, and that’s why the government shutdown was only a quarter of the discretionary part of the federal government. That was progress, but it was still disruptive.

What I think we should have as a failsafe is legislation enacted — and I’m a co-sponsor, I’m a full supporter of this — which says that, if we get to the end of the fiscal year and some portion of the federal government hasn’t been funded through the appropriations process, then that portion … gets automatically funded at the previous year’s level …. If we had that in place, it wouldn’t be possible to have a government shutdown. We’d still have our differences, but we’d resolve them without going through this disruptive episode.

This article appears in the April 2019 issue of Pittsburgh Magazine.
Categories: Community Feature, From the Magazine, Hot Reads