Pat Narduzzi Has Pitt Headed in the Right Direction

Narduzzi credits his players and especially his 11 seniors for this year’s Pitt team being able to do so many previously un-Pitt-like things.

Pat Narduzzi’s first season as the head coach at Pitt lacks a signature victory, and will even if the Panthers beat Miami in the regular-season finale on Friday at Heinz Field and then win again in the TaxSlayer Bowl or at some other like destination.

But the eight wins in 11 tries that have opened the Narduzzi Era at Pitt have been significant individually and collectively and indicate what the program is becoming and where the program is headed.

Already, Pitt has secured its first winning season since 2010. And with a win over the Hurricanes the Panthers would achieve nine regular-season victories for the first time since 2009.

Throw in one more ‘W’ in a bowl game and Pitt would be looking at its first season with double-digit wins since 2009’s 10-3 finish.

The one prior to that occurred in 1981, so clearly this hasn’t been just another middling campaign.

Equally revealing is how those wins have been achieved.

Pitt lost All-Everything Monster Back James Conner in the second quarter of the first game and still wound up with a 1,000-yard rusher (third-team running back Qadree Ollison has 1,011 yards heading into the Miami game and isn’t finished yet).

“Here at Pittsburgh, we’re going to be able to run the football,” Narduzzi said this week. 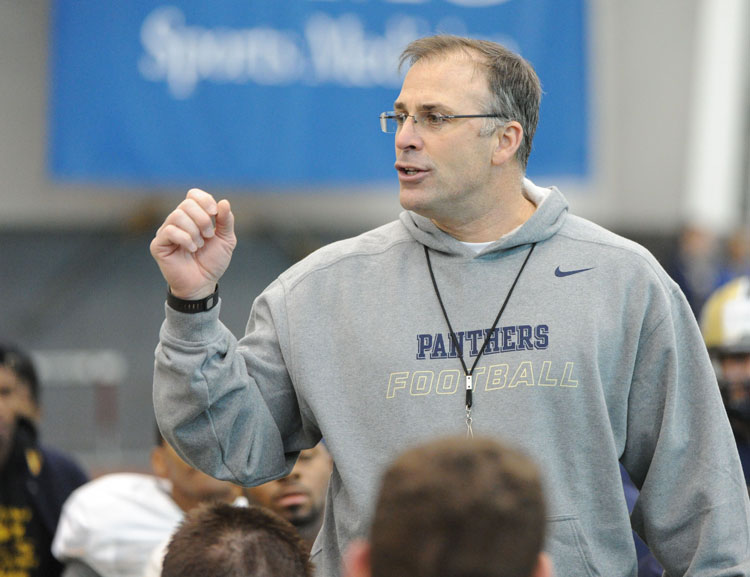 Pitt’s ability to do so without Conner personified all that perceived rhetoric Narduzzi had spouted upon his arrival from Michigan State about what can happen when players believe in coaches and coaches believe in players.

There are other examples.

From Oct. 3 through Oct. 17, Pitt beat Virginia Tech, Virginia and Georgia Tech in succession. In each game the opposition had the ball in the closing minutes with a chance to tie the game or take the lead and in each game the Pitt defense held.

On Oct. 24 at Syracuse, Pitt used up the final 9:20 on a 19-play, 89-yard drive that included a fake punt and ultimately produced the game-winning field goal. It was the first time Pitt won despite facing a fourth-quarter deficit since 2009.

And that 8-3 record this season includes a 5-2 mark in games decided by single digits. Pitt was 1-5 in the close ones a year ago.

Narduzzi credits his players and especially his 11 seniors for this year’s Pitt team being able to do so many previously un-Pitt-like things. 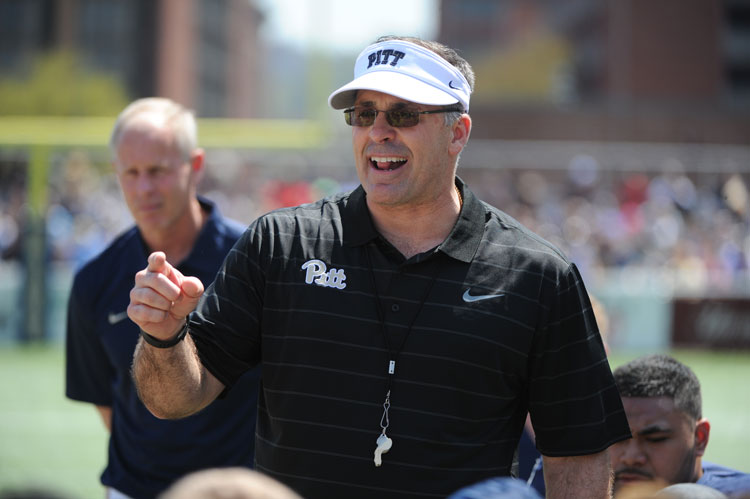 “They embraced me when I came and walked through this room as a head football coach,” he said. “They bought in to what we’re doing.”

It took a last-play, 57-yard field goal for Iowa to beat Pitt, 27-24, on Sept. 19 at Iowa. The Hawkeyes are still undefeated and will play for the Big Ten Championship.

The Panthers came up seven points shy against North Carolina on Oct. 29 at Heinz. The once-beaten Tar Heels will play for the Atlantic Coast Conference title.

The Panthers aren’t there yet but they’re progressing as Narduzzi anticipated they would all along.

“It takes time for them to trust us and for us to trust them and that’s something we’ll build,” Narduzzi had said after initially taking over. “But it won’t take long.”

With one regular-season game left in his first season on the job, Narduzzi and Pitt are right on schedule. 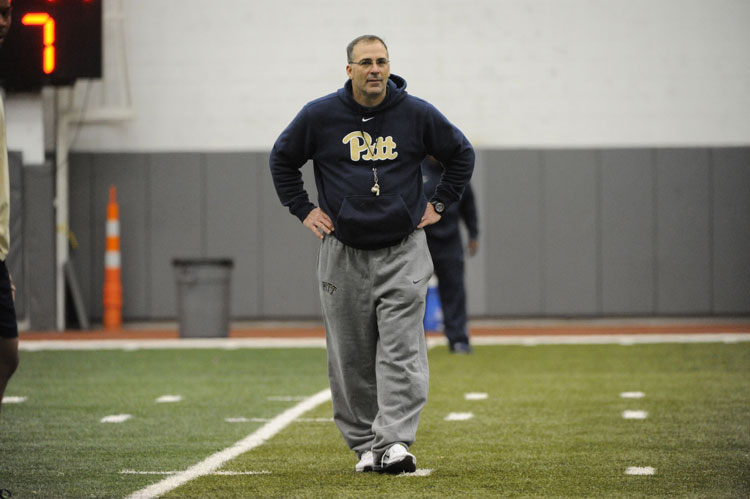