Partake in Cocktail Studies with the Ladies of LUPEC

The Ladies United for the Preservation of Endangered Cocktails serve old-school drinks with history and flair. 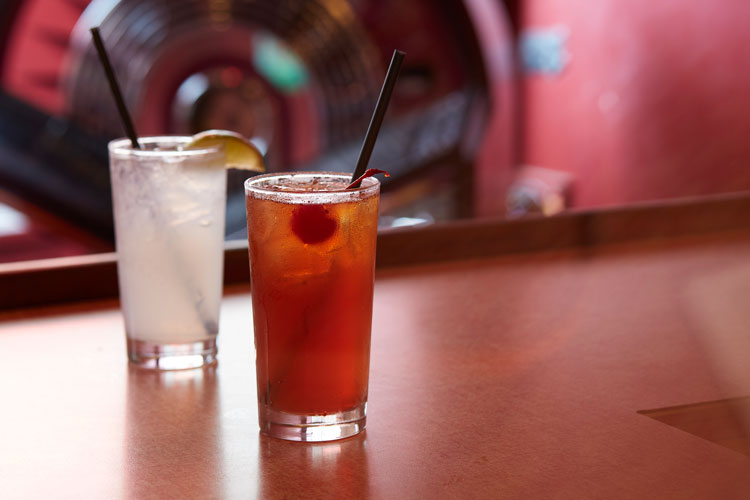 Sitting in a corner booth at Kelly’s Bar & Lounge on a rainy Saturday afternoon, three women from the Ladies United for the Preservation of Endangered Cocktails (LUPEC) sip on classic drinks and reflect on how Pittsburgh’s bar scene has evolved since the organization started 17 years ago.

Back then, bars were mostly serving sweet, schnapps-based cocktails or two-ingredient drinks not meant to be savored, unlike the Pimm’s Cup being enjoyed by founding member Whiskey Daisy.

“I like drinking Pimm’s Cups in the afternoon because it’s hard to get drunk,” she says.

“You have to have an afternoon drink in your stock,” adds Fog Cutter — members use pseudonyms for all LUPEC activities — drinking a Paloma, a tequila-based cocktail with lime juice.

The ladies of LUPEC helped to get these drinks — as well as other pre-Prohibition-era cocktails — on the menu at Kelly’s, says general manager Caleb Cornell. The group, however, is most known for helping to raise money for local women’s groups and arts organizations by serving old-fashioned cocktails with a twist of feminist history.

The first chapter of LUPEC started when some friends got together to enjoy cocktails, talk and chip away at the patriarchy. It wasn’t long before the women were invited to mix cocktails at a Mattress Factory event.

When LUPEC partners with an organization, the members choose a drink and a notable woman in history to highlight. LUPEC members distill biographies of the subjects and print them on cards with drink recipes.

“At our events, they can get a cocktail, but they have to listen to our spiel,” fellow member Mimosa says.

The Pittsburgh LUPEC chapter is small, with eight active members. But the group inspired chapters in Dallas, Denver, New York and elsewhere; Whiskey Daisy says between five and ten chapters are currently active. The Boston chapter has a self-published book of namesake cocktails.

Fog Cutter says the group does not have a formal organizational structure because the members prefer freedom from bylaws and tax filings. LUPEC is not a nonprofit; it’s a no profit organization, says Mimosa.
LUPEC does have some rules, though. As a feminist organization, it only partners with women’s groups and smaller arts organizations.

“As much I love the puppies and the kitties, animals are not on our list,” Whiskey Daisy says. “We really believe in the organizations we work with, and we hope that they make money. We hope that the people who have our cocktails think, ‘Wow. This is a great cocktail. I should give more money to this organization.’ We just want to have enough money to make cards.”