Part of Duquesne for 8 Decades, 100 Year-Old Gets Degree

Leo Plunkett first arrived at Duquesne as a teenager, while FDR was in his first term. 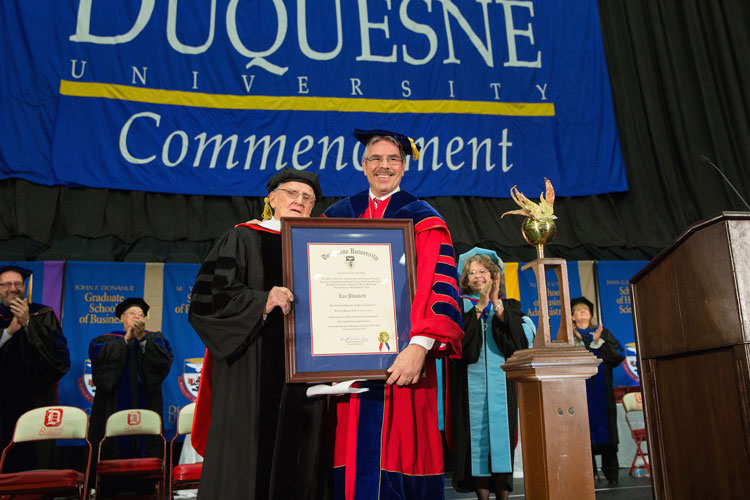 Leo Plunkett may be 100 years-old, but no one could deny he remains young at heart.

He regularly works out at the YMCA near his Penn Hills home, driving himself in a convertible. He attends daily mass the same way.

On Friday, his routine was amended to include a stop at Duquesne University’s winter commencement, where he received an Honorary Degree of Humane Letters. He is the oldest person to receive an honorary degree from the school.

Calling him a member of “the Greatest Generation,” University President Ken Gormley said Plunkett is an example for all graduates.

“Although Leo didn’t finish his degree because he was forced to work multiple jobs during the Great Depression, his wife Ruth did finish her degree and Leo returned to campus with her often,” said Gormley.

“He has stayed young and heart.. most importantly, Leo still lives his life according to that core set of values that were instilled in him 80 years ago on the Bluff. In a nutshell, as we sometimes say here, Leo is about as ‘Duquesneable’ as they get.” 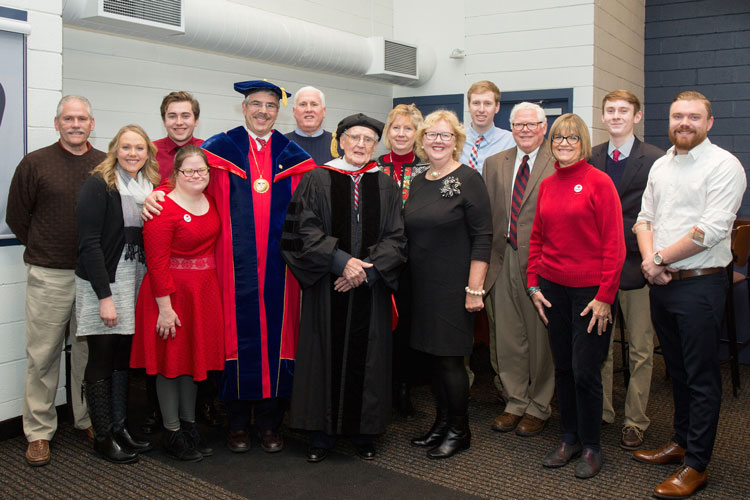 Plunkett, with about a dozen members of his family looking on, savored the moment.

“The University has held a special place in my heart throughout all of these years, and while I’ve always been a Duke at heart, I’m very proud to say that I do now have an honorary degree from Duquesne University,” he said.  “I hope you graduates have the same affinity and the same lifelong connections to the Bluff that I have had. Life is full of surprises, and this honorary degree is a special one for me.”