Parents Thank Pittsburgh 'For Giving Us Our Son Back'

The parents of a 25-year-old runner who collapsed in cardiac arrest near the finish line of the Pittsburgh Marathon last month have penned an open letter to the city, expressing their gratitude to everyone who helped save their son’s life. 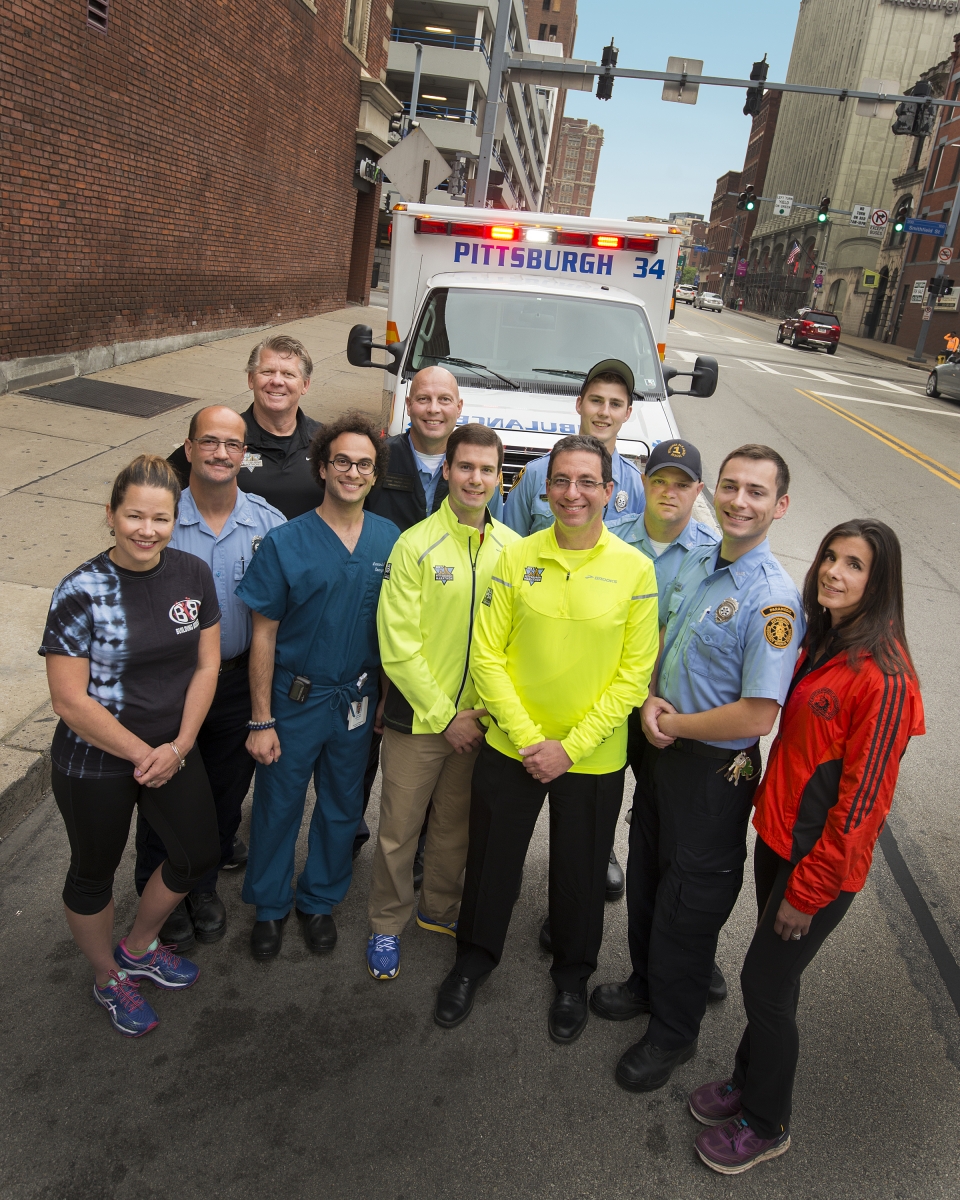 Jeff Whitmore was a mere 150 yards from the finish line of the 2015 Dick's Sporting Goods Pittsburgh Marathon, heading down the Boulevard of the Allies, when he collapsed. When the first doctor arrived, he was not breathing and had no pulse.  In the harrowing days that followed, Jeffrey’s parents Scott Whitmore and Patty Wallace got to know the men and women who saved their son’s life and, in their letter, wanted to share their immense gratitude.

“Mark Ferguson was there near the finish line to watch his son when he saw Jeff go down.  Mark went to help him up and offered water.  Seconds later he went down again and Mark yelled “medics”.  Two medically trained bystanders rushed to his aid followed by the paramedics.  In less than 60 seconds he was receiving the care he needed to give him his best chance at survival and today he is back to work thanks to all their efforts.”

Ferguson, a longtime volunteer at the marathon, said the runner went down in his arms. “I’ve never had anybody die in my arms. I was meant to be there,” Ferguson would remark later.

Hearing the call on the radio of a runner down, Dr. Ronald Roth, medical director for the marathon and city, arrived in less than a minute.

“Dr. Roth was there in 15 or 20 seconds,” said Ferguson. “Dr. Roth did his magic. They did CPR. Then more CPR. Then they shocked him, and he came back. It took about two minutes. I’m sure of that because of all the ‘Hail Marys’ I said.”

Once stabilized, Whitmore was rushed to UPMC Mercy, where he would he would remain until Mother’s Day, one week after the race.

“We were numb on our flight from the West Coast to Pittsburgh. The first few days, our concern was whether Jeff would survive. The next few was whether there would be any neurological damage, and the final few were wondering what caused his cardiac arrest to occur, as there were no prior indicators.”

​Whitmore's parents offered praise for their son’s care while hospitalized.

“There are many other people to thank for their concern, help, and prayers. The cardiac ICU and cardiac-floor nurses were wonderful,  and the care they have for their patients was always evident,  as was their willingness to answer any and all questions we had.  The doctors at UPMC Mercy are professional, caring, and we can’t thank them adequately enough.  Everyone at UPMC Mercy showed compassion and understanding and went out of their way to help us.  The Pittsburgh Marathon also offered much appreciated assistance and we enjoyed meeting with them after Jeff’s release from the hospital on Mother’s Day.”

Whitmore’s parents are sharing their son’s story in the hopes that it will prompt others to learn CPR and how to use an AED (automated external defibrillator).

Doctors implanted a small defibrillator device because of some scarring on Jeff Whitmore’s heart. He’s not planning to run another marathon anytime soon, but his father says he’s anxious to return to some vigorous hiking.

Whether his son runs again or not, Whitmore’s parents say they plan to return to Pittsburgh next May.

“We plan on attending next year’s Pittsburgh Marathon and helping in any way that we can as paying it forward is the least we can do.  As to whether Jeff runs another marathon, that is unknown at this time, but if he ever does run another one, there is little doubt that it will be the Pittsburgh Marathon. Thank you again, Pittsburgh, for giving us our son back.”