“Page’s Pops” are all named after employees and the owner’s niece. 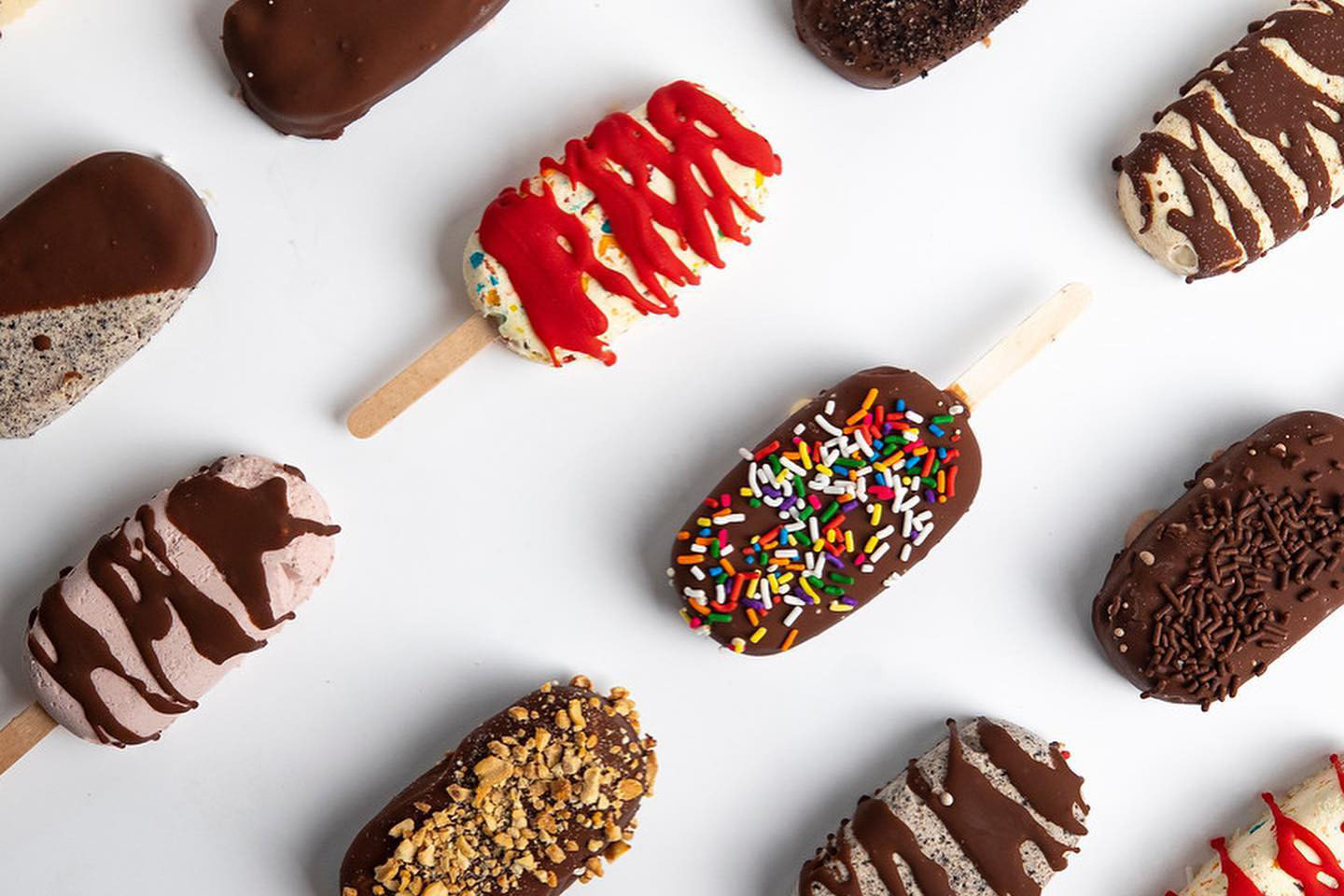 I scream, you scream, we all scream for ice cream. And ice cream is just what you’ll get at Page’s on the South Side.

The popular ice cream shop is adding another round of goodies to its menu, accompanying its famous Yinzer Sundae, both traditional and dairy-free soft serve and more. They’re called Page’s Pops, and they come in eight varieties — all named for different employees and the niece of the shop’s owner, Maggie Page-Prusia.

The Mag Pop is made of Fruity Pebbles ice cream with cherry drizzle for manager Maggie Zandier, and the Nancy B. Pop was named in memory of the late Nancy Bertram Runco, who owned Nancy B’s Bakery in West Homestead. Her namesake ice cream pop comes with vanilla ice cream, pieces of her bakery’s chocolate chips and chocolate drizzle.

Each pop costs $2.75, and Page’s plans to add more flavors as the season goes on. For larger orders — for birthday or graduation parties — the shop urges customers to call ahead to ensure there’s adequate stock. The shop also plans to offer a dairy-free vegan option to order ahead.

The ice cream shop, located at the corner of East Carson Street and Becks Run Road, is entering its 71st year in business. Page-Prusia and her husband purchased it from her father, Chuck Page, in March 2020, and it has since seen the addition of new soft-serve flavors, oat-milk-based vegan ice creams and, of course, Page Pops. It also recently underwent a subtle rebranding, with a slight name change from the original Page Dairy Mart to the simpler Page’s — something most locals already had called it anyway.

So far, customers are raving about the pops.

“I had a Nancy B Pop!!!” wrote one Facebook user in the comments under Page’s initial announcement. “So delicious and the perfect size after a steak hoagie! I think they are my new favorite! Might have to try all the flavors!!!!”

“I had the cookies & cream yesterday — delicious!” wrote another.

Page’s was a Frozen Treat reader’s poll winner in last year’s Best of the Burgh 2021. Page-Prusia said it offered guests a sense of nostalgia that kept them coming back for more.