Wendell August Forge is turning the century-old terracotta roof tiles into a line of collectible itms that include wall hangings and beer flight carriers. 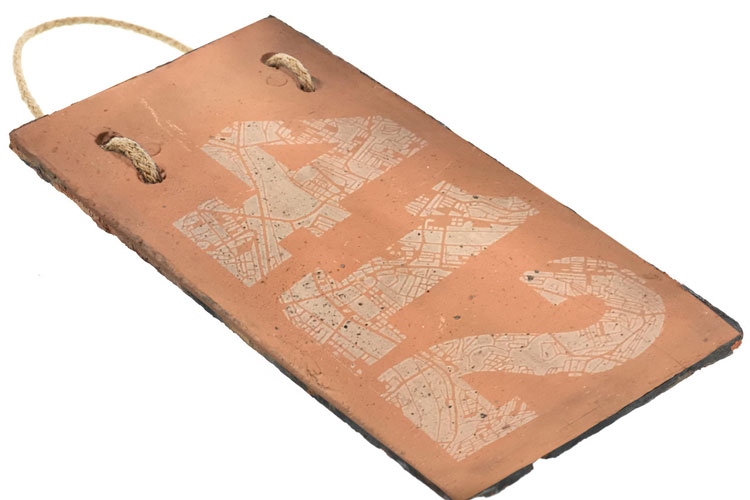 Most companies would see soot-stained terracotta roofing tiles as a great addition to a landfill — but those at Wendell August Forge saw something different.

After 130 years on the job, the 454,000 tiles on the Allegheny County Courthouse roof in Pittsburgh were worn and weathered enough that rainwater often leaked into the courthouse. Allegheny County is replacing them as a part of a $10 million project, but the story doesn't end there. Through a partnership with Wendell August Forge, the old tiles will be repurposed into eight different collectible items.

Upon seeing a similar project the company undertook with with the Civic Arena roof in 2011, Allegheny County approached Wendell August Forge to create a line of keepsakes made from the tiles.

“We turned [the Civic Arena roof] into a gift line with Christmas ornaments and license plates and several different products,” says Alex DeGroff, digital communications manager at Wendell August Forge. “[Allegheny County] just knew what we were capable of, as far as taking a former structure and turning it into something that could be sold to anybody that has a special connection with the building.”

Getting the tiles to a point where they were clean enough to be redesigned proved to be a challenge. Through the years, the orange tiles accumulated a thick, black layer of dirt and soot from enduring Pittsburgh’s industrial era.

“We had to sandblast every one of them. You couldn’t even touch them without getting the black soot on your hands or your clothes,” says DeGroff. “There’s just no other option than to get our strongest instrument that can clean, and that was the sandblaster.” 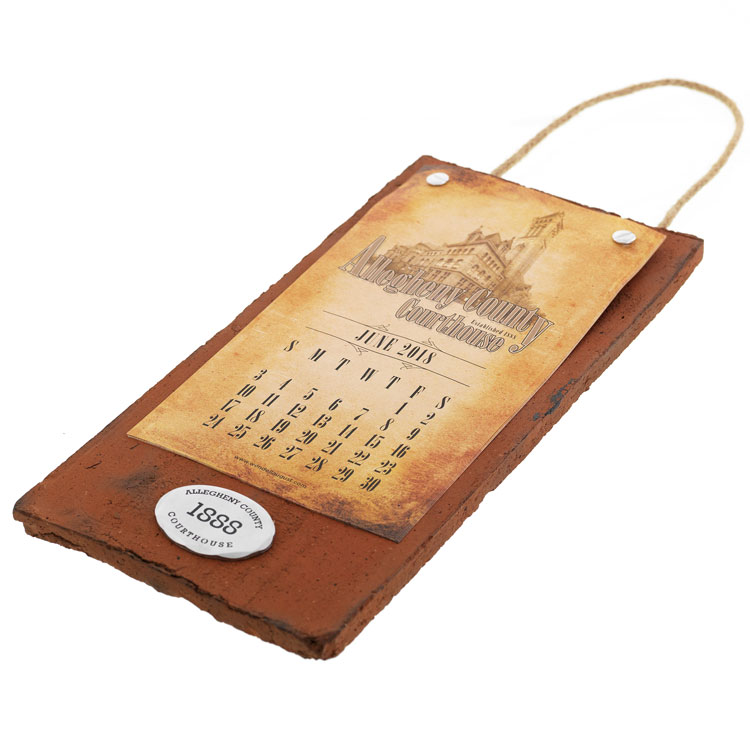 The clean, orange tiles now look as they did when first imported from Italy in 1888 — just with an added Pittsburgh flair. The Wendell August line includes decorative calendars, candle holders, beer flight carriers, wine trays, and wall hangings ranging in price from $30 to $75. A portion of the proceeds from the sales benefits the Allegheny County Parks Foundation.

“The fact that a portion of the proceeds [are] going to the Pittsburgh Parks, we were just thrilled to be able to work on something that benefited Pittsburgh,” says DeGroff.