Over The Boards: The “Best Live Show in Pittsburgh”

Spring for “Premium Seating” at PPG Paints Arena and you’ll find yourself watching Crosby and company warm up at ice level. 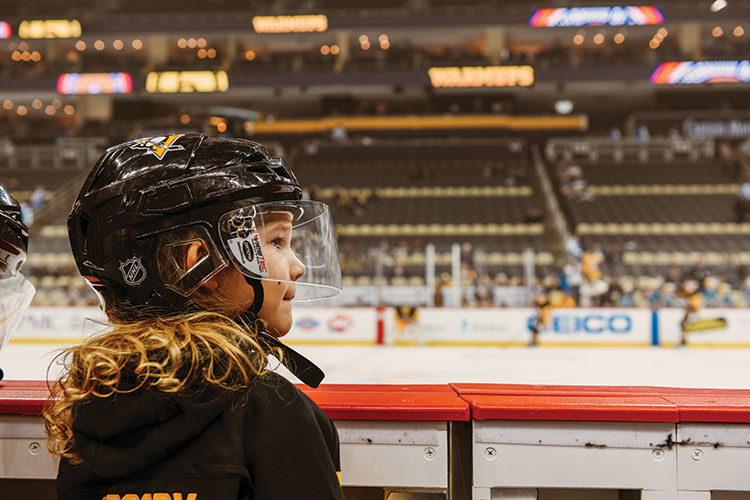 In a hallway beneath PPG Paints Arena, 6-year-old Leah Ziemba peers tentatively around a corner. Ten yards away, the Pittsburgh Penguins are warming up by kicking a soccer ball around. Leah’s eyes are wide; after a moment, she looks excitedly back at her mother, exclaiming, “That’s Malkin!”

She’s rapt. And this isn’t even the featured attraction.

The Ziemba family — Laural, Chad and Leah — are season ticket holders and diehard Pens fans. Today, the team has invited them for one of the arena’s Premium Seating experiences: They’ll watch the pre-game warmup from a spot on the Penguins bench. 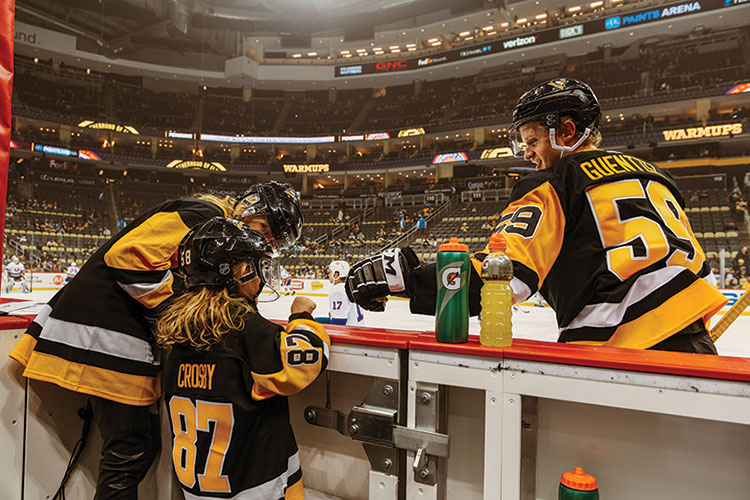 The team offers this service nightly, as well as pre-game access with a similar vantage point: The penalty box. These opportunities are open to the public, available for purchase on the Penguins website. (On rare occasions, the experience is given as a bonus to season ticket holders.) The price is steep — the cost includes tickets, parking and more, with the penalty box priced at $2,500 and the bench at $3,000 — but for Penguins faithful, there’s nothing like it.

“Everything has become about the experience,” says Tom McMillan, the team’s vice president of communications. He points out that bringing fans close to the action is more of a challenge in hockey; while the Pirates and the Steelers can walk people onto the field before the game, that’s not such a great idea on ice.

“You want to continue to reach out to fans and engage them,” McMillan says. “When you work in it, you tend to take [this access] for granted. Some of the things that seem mundane for us are life highlights for fans.” 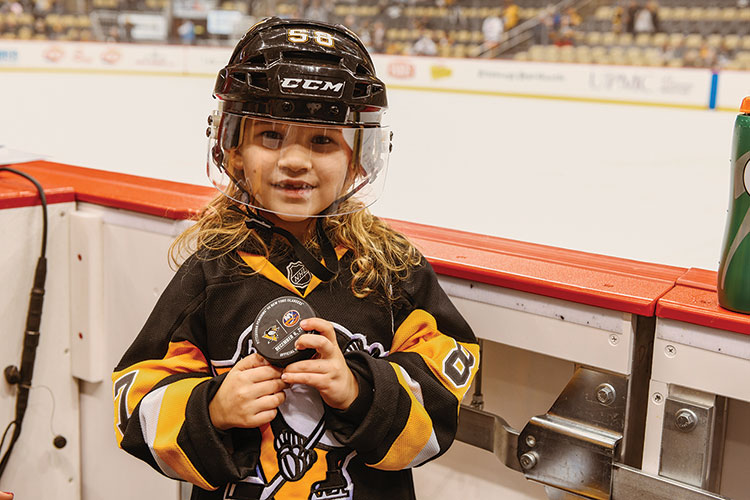 Fifteen minutes later, the Ziembas are on the bench, wearing Penguins helmets. Leah is resting her chin on the railing, peering out as her favorite players glide by; Chad and Laural are chatting with former longtime Penguins winger and current AT&T Sportsnet personality Bob Errey.

From the seats, the pre-game warmup can look languid; from the bench, it’s frenzied. A black-and-gold-clad skater whizzes by every few seconds. Pucks slap off of sticks; those that aren’t caught by the net thud into the boards or clang off the crossbar. Here’s Patric Hornqvist, taking a moment for a pre-game interview; there’s Sidney Crosby, adjusting his skates, mere feet away.

“We’re invested in the team — but you can tell the team is invested in the fans as well, by doing things like this,” Laural says. “It’s a communal experience, being at a hockey game. It’s the best live show in town.”