Our Shot: “Hamilton” Comes to Pittsburgh

The hit show’s Pittsburgh engagement brings a local boy home to the stage. 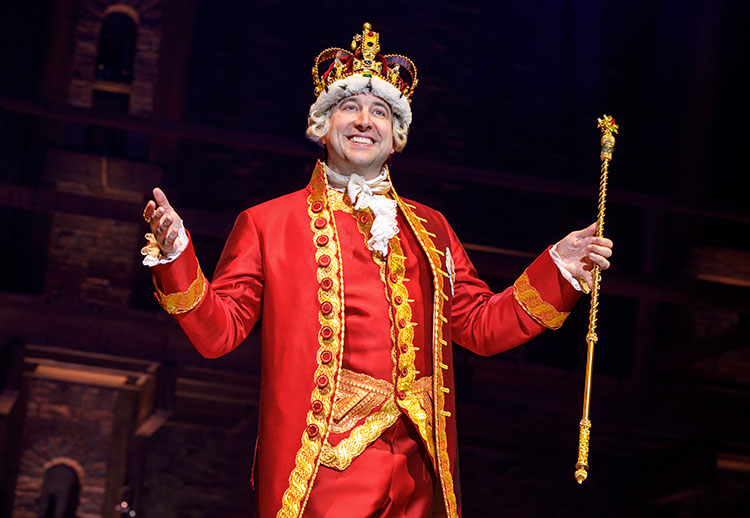 While “Hamilton: An American Musical” plays like a love letter from the writer to all manner of musical styles, for #Hamilfans it feels more like an intricately folded and doodled note passed from Lin-Manuel Miranda to theater kids all over the world.

Here in Pittsburgh, we’ve waited for it. And this month, the Benedum Center becomes “The Room Where It Happens,” as the record-shattering show about the formerly lesser-known founding father performs a month-long run, thanks to the Pittsburgh Cultural Trust and PNC Broadway in Pittsburgh.

“We wanted to get it for as long as we possibly could,” says Robin Elrod, director of communications for the Trust.

“I think that for Pittsburgh especially, there are a lot of people who haven’t been able to see it yet,” Elrod says, noting not only our distance from New York City, where the show has been sold out since opening in 2015, but also Los Angeles and Chicago, cities with standing runs of the Pulitzer- and Tony Award-winning show.

For fans of more “traditional” musical theater — there is rapping and swearing in “Hamilton” — Elrod is confident they’ll find things they love in the show. “Lin-Manuel Miranda has so many Easter eggs” worked into the music and lyrics — references to Rodgers and Hammerstein and Gilbert and Sullivan right alongside hat tips to Notorious B.I.G. and Mary J. Blige, she says.

“Honestly, I’ve listened to it hundreds and hundreds of times, but every time I listen to it I hear a new reference or a new play on words that I didn’t hear before,” Elrod says.
There’s a Pittsburgh connection as well, she notes, as Sewickley native Peter Matthew Smith will play King George III.

Smith calls his character, who has a couple of numbers where he cheerfully threatens violence against the rebels, “a lovable villain.”

“He is a monarch who is losing control but feels that he won in the end. He didn’t, but it’s fun to watch him think he did,” Smith says in an e-mail.

Smith, 41, who now lives outside of York, Pa., with his wife and daughter, has been acting since he was 6 years old.

“It’s the only thing I have ever felt I was half decent at doing,” Smith says, adding that he’s thrilled to come home to perform. He attended what is now Point Park University through his junior year, when he booked the national tour of “Rent.” He made his Broadway debut in that same show in 1999 and performed in the original companies of “Mamma Mia!” and “Hairspray.” 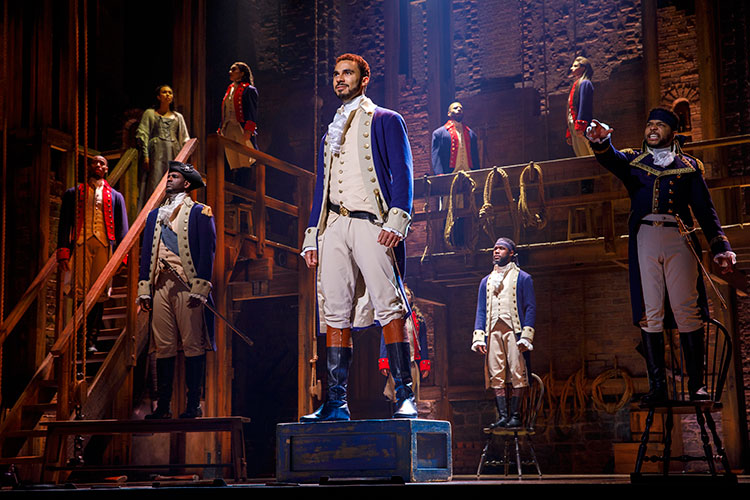 “I love my town. I can’t wait to have access to all the good food in Pittsburgh,” he says. “And to bring this ground-breaking show home is truly an honor.”

Smith says Pittsburgh was the best theatrical environment to grow up in, with access to so many educational programs in the city and top-notch high school programs.
“The competition was fierce, which made all of us better performers,” he says, adding that many of his peers went on to work in the arts, as well.

One educational component the Trust will host is EduHam, a program for students in districts with a high percentage of low-income families. An 8-week curriculum about the American Revolution culminates in students writing their own pieces. The best selected from each school will be performed on Jan. 25 at the Benedum prior to a Q&A with “Hamilton” cast members and a private staging of the musical.

Though the show has drawn young and old to revisit American Revolutionary history, Elrod says if you strip all that away, there’s an important and powerful theme in “Hamilton.”

“It’s really kind of a timeless message of determination, using your strengths to go get what you want,” she says. “I think that’s why it’s resonating with younger people especially.”