We break down each day of the festival so you don’t have to improv your way through it. 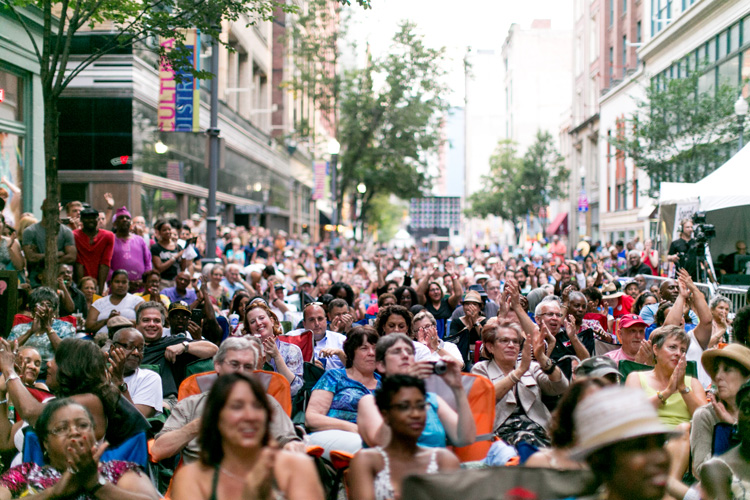 In the early parts of the 20th century, Pittsburgh’s Hill District was home to a bustling jazz community where giants of the genre including Roy Eldridge and George Benson refined their craft. A taste of that culture will return to Pittsburgh for the Sixth Annual Pittsburgh JazzLive International Festival from June 24-26. The three-day event, presented by the Pittsburgh Cultural Trust, will be filled with the smooth sounds of both local and nationally known jazz artists.

June 24
The festival’s opening day starts off with a bang. From 5:30 p.m. to 9:00 p.m. attendees can follow their ears through the city during the Jazz Crawl. Sixteen local restaurants, bars and businesses will each host an artist for crawlers to enjoy.

For festival-goers who would rather make one spot their home for the evening, the 9th Street Stage will feature the Dignity & Respect Campaign Line Dance, DJ Selecta and Pittsburgh’s own Lyndsey Smith & the Soul Distribution. At night’s end, DJ Selecta will return to the stage to spin the sounds of Prince from 9 p.m. to 11 p.m. for the PartyUP Prince Dance Party.

June 25
The most action-packed day of JazzFest starts out with a little family fun. JazzLive will have a special performance for children ages three to five at 1:00 p.m. at the Trust Arts Education Center.

Three stages will be set up during the day. The 9th Avenue Stage will feature the Pittsburgh native Tony DePaulis Contemporary Dynamic from 2 p.m. to 2:45 p.m. and Davina & The Vagabonds from 5 p.m. to 6 p.m.

Saturday night will also have events at the August Wilson Center. The ticketed events include Buika, the Revive Big Band featuring Igmar Thomas and the Pete Rock After Party.

Meanwhile the UPMC Stage will see performances from Antonio Aldolfo & Kenia from 4 p.m. to 5 p.m. and the Eddie Palmieri Salsa Orchestra will close out the festival from 7:15 p.m. to 8:45 p.m.

Details and tickets for the Pittsburgh JazzLive International Festival are available at pittsburghjazzlive.com