Our Foodie Blogger Was Kidnapped By an Award-Winning Chef 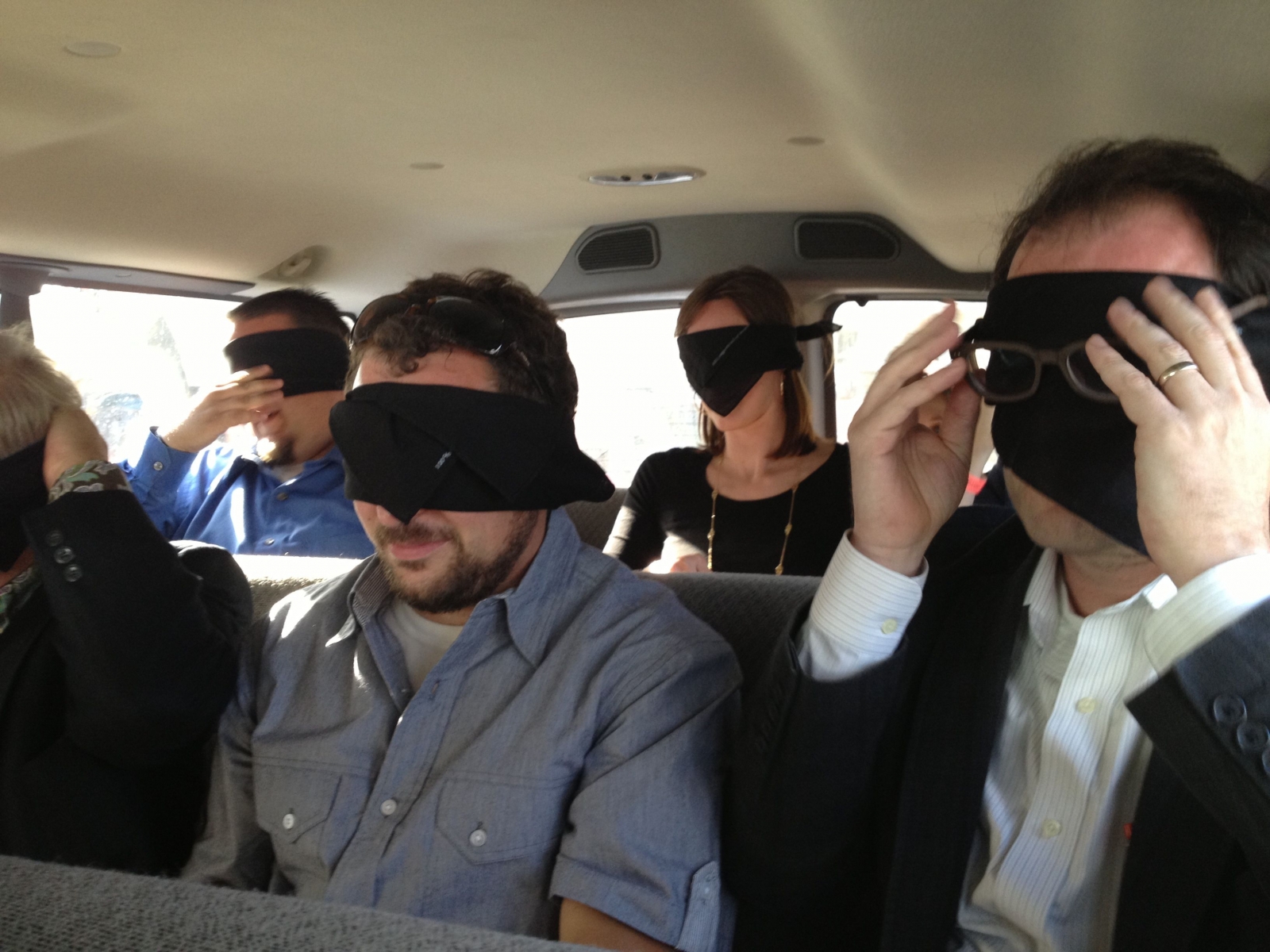 David Lynch? Peter Greenaway? Baz Luhrmann? Lars von Trier? I struggled to find a cinematic analog that would help to describe the moment that multiple stimuli simultaneously arrested all my senses. A butler in tails. Warhol on the walls. A baroque Thommy Conroy table with oversized centerpieces. Unsmiling servers moving in military step. A loud, arrhythmic, avant-garde soundtrack.

That was what confronted us as we entered the Warhol Museum for the culminating event of #StayGold412, a cryptic series that started when Salt of the Earth chef Kevin Sousa unleashed this video on the internet — spawning speculation and at least one Twitter account (ironically named “OldPgh”) established solely to heckle the event. Haters gonna hate. And miss the point.

It all started at 6 p.m., as throngs of people streamed into the wings of Heinz Field for the biggest food event of the year: Pittsburgh Magazine’s Best Restaurants Party. Those who had been following Sousa’s ambiguous clues knew that the answer to the riddles — all tagged with the mysterious sequence “10.7.6.3” — would be revealed soon after the hungry crowds poured into the event. 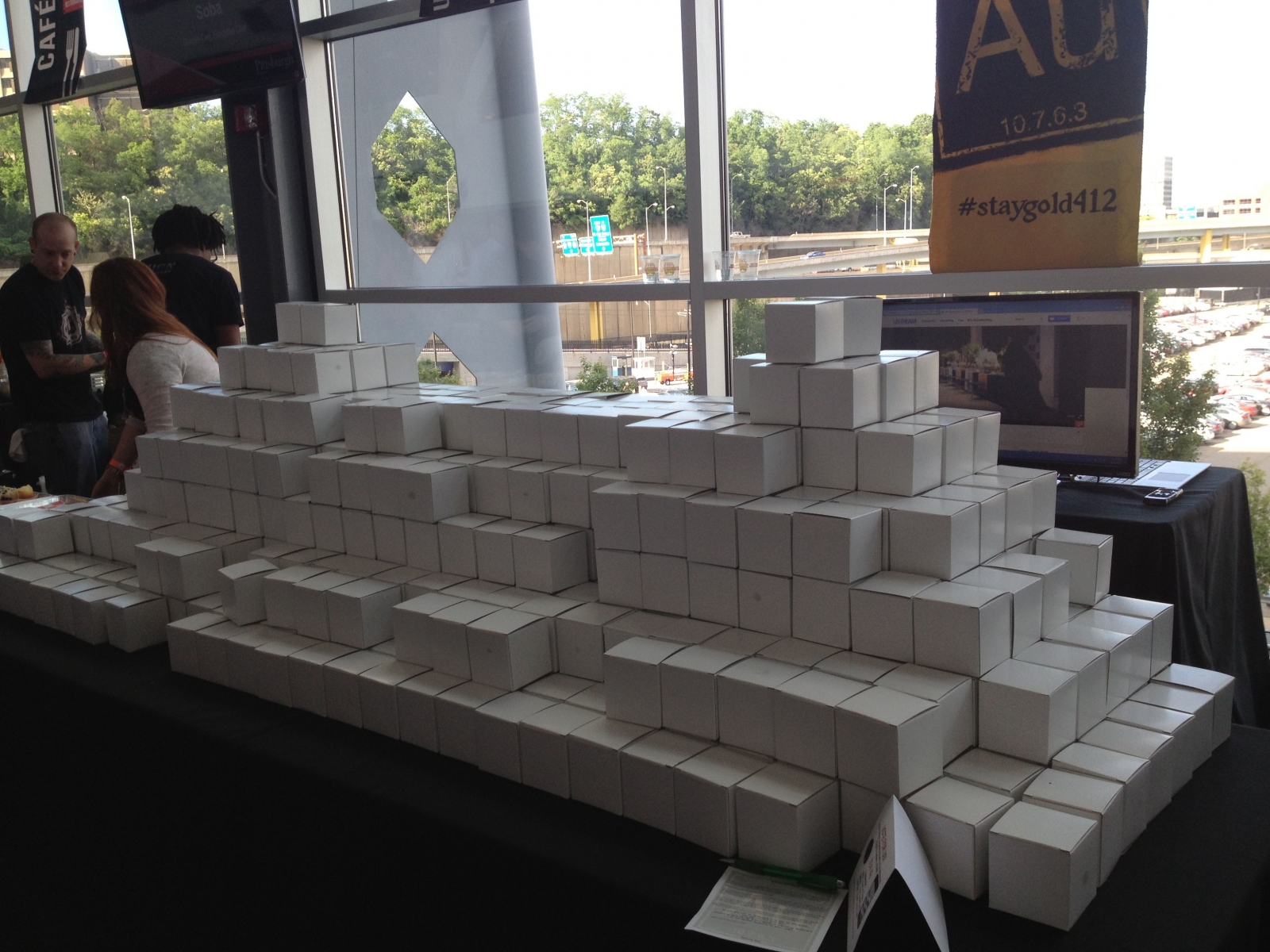 I was clueless that this was going to take place at all, having been on a Twitter blackout the previous day. There was confusion around Salt’s booth; in place of food, there were unadorned white boxes to take. People opened them and received either a piece of bread with butter or a “golden ticket.” I found myself holding what turned out to be one of only 10 such tickets. The buzz soon reached a fever pitch as ticket-holders and onlookers tried to decipher the mystery, but none of Salt’s staff was much help — except to direct us to read the damned piece of paper. I kind of read it, still a little confused, only half believing the instructions. Chef Sousa couldn’t possibly be really asking us to leave Heinz Field and ditch the people that came to the event with us. He was.

This was a secret mission.

I snapped a photo of the paper and, on Twitter, asked Sousa to clarify. This conversation ensued: 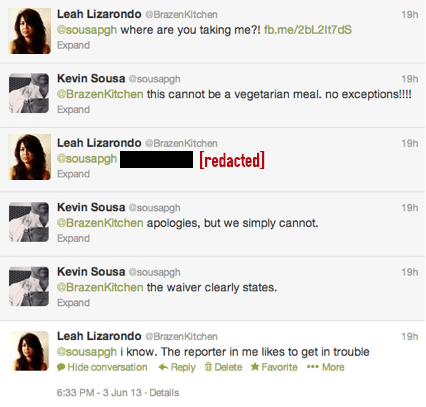 Oh. So the waiver attached to the ticket was not a joke. The multiple exclamation points made me picture Sousa yelling at me to turn back while I still could. I laughed to myself and imagined Sousa thinking, “Why her — clearly not the biggest omnivore around — of all people?!?”

And I thought, “Are you kidding?!” A waiver is not a deterrent. It’s a promise of risk and a surefire way to provoke me to go along for the ride. I would gladly take one on the chin for you, dear reader.

Ten of us were ushered to the elevator banks, accompanied by others with an accordion and a camera. Someone made a reference to “Lost.” We jokingly took photos of each other as evidence. Finally, we made our way outside Heinz Field, where a marching band and an unmarked white van greeted us. 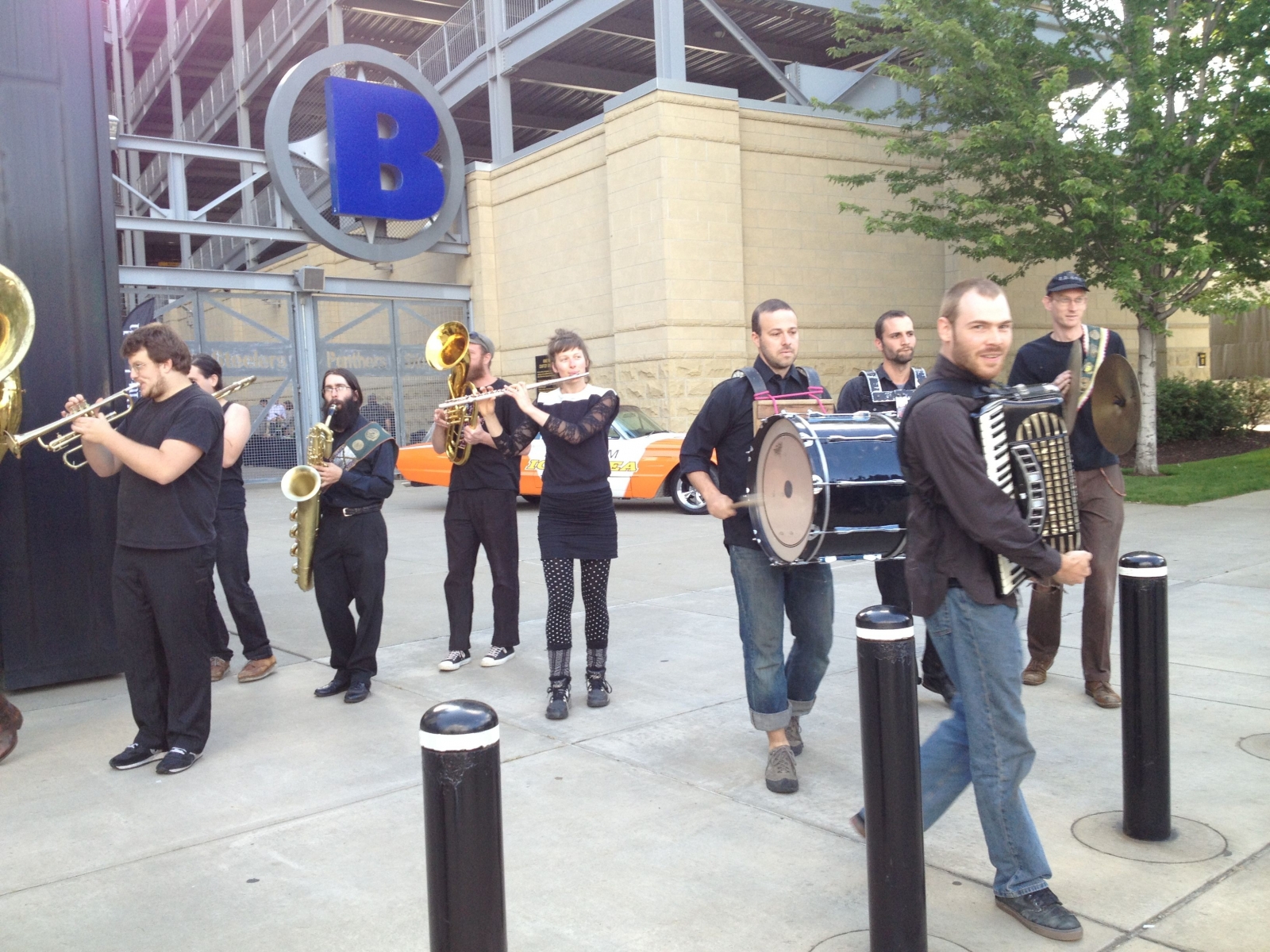 Then we were asked to wear blindfolds.

The last time I was this tantalized was when I first discovered a razor, a shiny knife — trailblazers in the realm of food as performance art. The group’s painstakingly choreographed lunch on the L Train in New York City is one of the most talked-about theatrical culinary experiences.

Everyone in the van was giddy. I think even the staunchest control freak secretly desires to put their fate in someone else’s hands just to have some measure of relief from responsibility. And that feeling, coupled with the possibility of crossing previously uncharted territories of entertainment, is irresistible.

We took a short ride and found ourselves at The Warhol. Cameras surrounded us; some of us are wearing cameras. And it is apparent that we have been, and will continue to be, both the audience and actors in a performance. 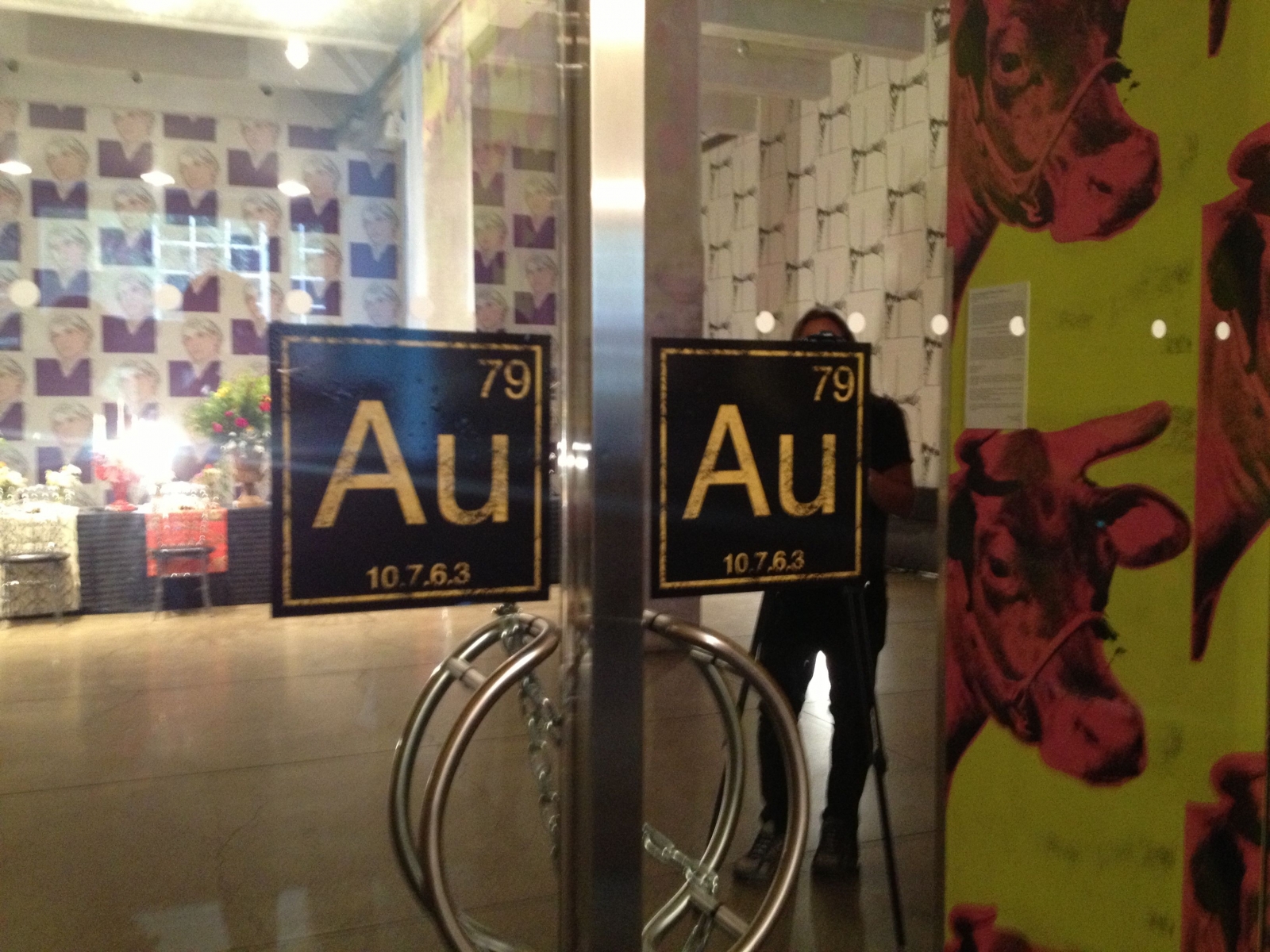 The dinner was then streamed live over the internet. As we consumed, we were being consumed.

I suppose I need to talk about the food, and it is easy to employ superlatives — as has been done in the past — to describe Sousa’s cooking. As in mathematical discourse, we can assume that as a “given.” The seven-course omakase was classic Salt of the Earth, albeit more personal. You can experience Sousa and Chad Townsend’s work at Salt any given day. What is not as easily accessible is the sum of the experience: the food, the space, the sound, the performers. 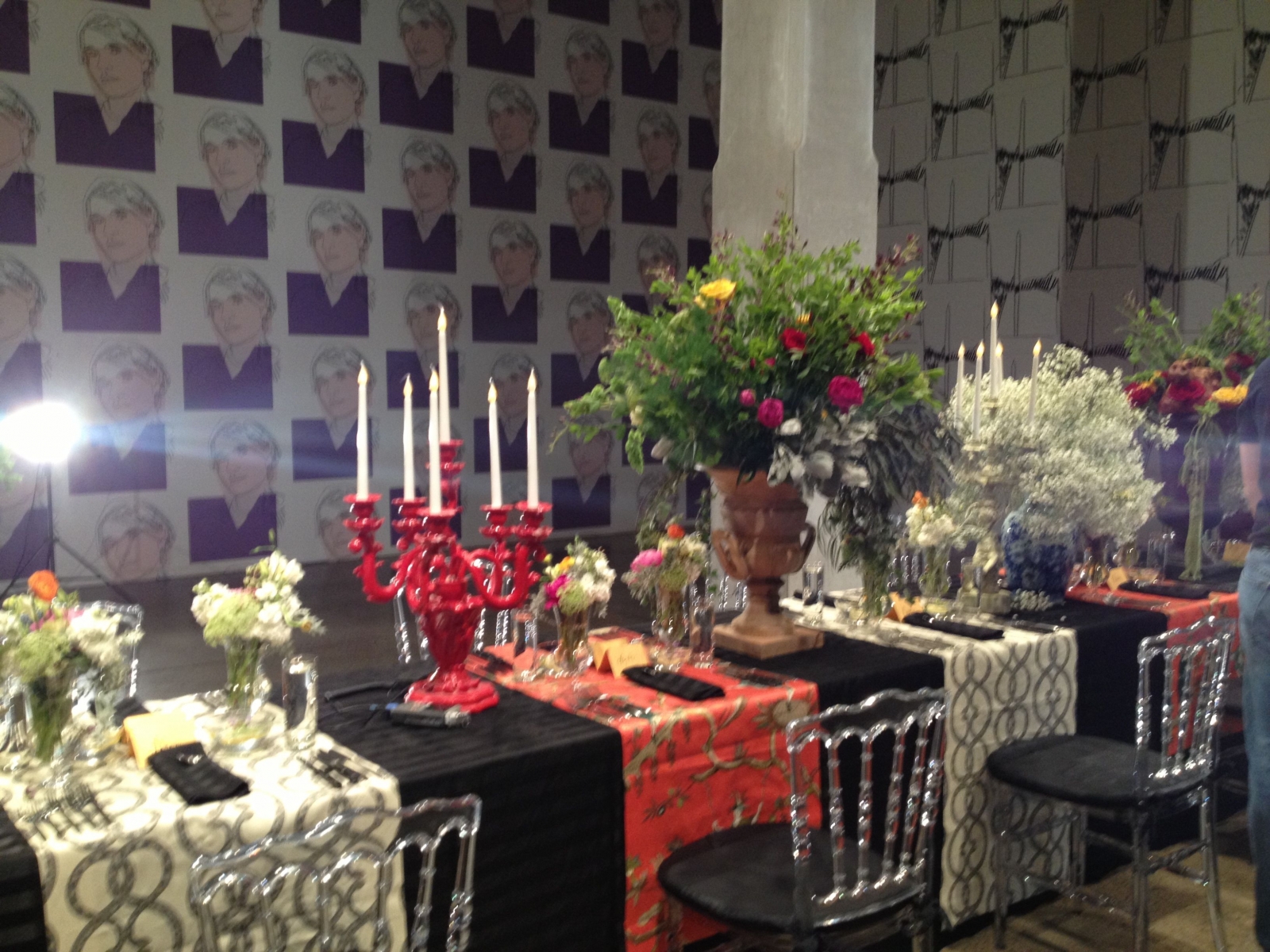 Unlike the restaurants at Heinz Field, only 10 people sampled food from Salt. This in itself is interesting to me. While voting for the “Best in Show” at the Best Restaurants party is secondary to the community and celebration of Pittsburgh’s restaurant scene, there is always an air of friendly competition. Vying for honors with 60 contenders in minimum time and space is not an easy thing. But what happens if you remove yourself from the field altogether? Take the rules of the game, and bend (not break) them.

“The Best Restaurants party is a celebration of the Pittsburgh restaurant scene — the parameters are pretty strict, and we wanted to work within that,” Sousa said. “But at the same time, we wanted to step up our game and go back to the heart of where we started.” 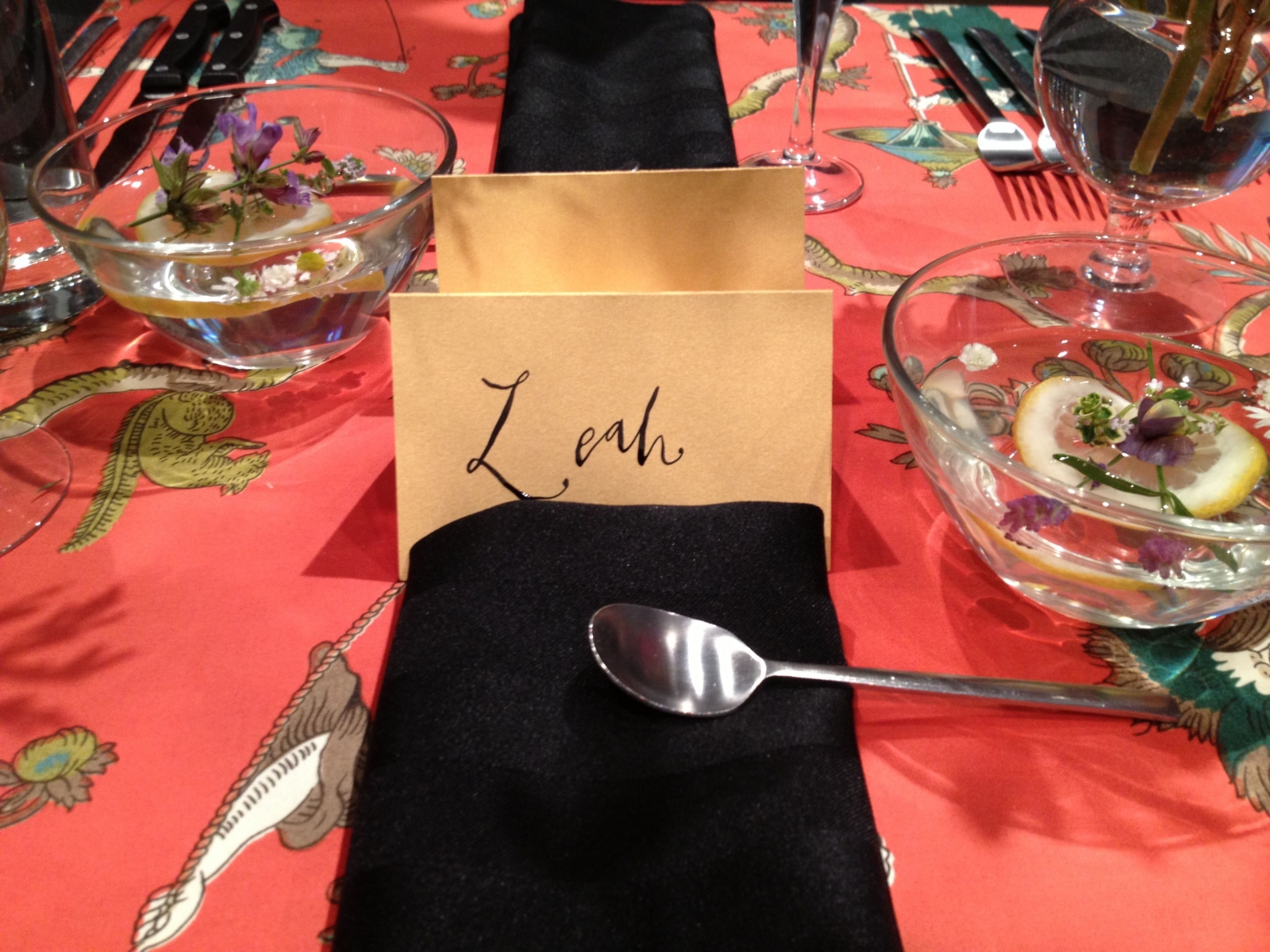 Pittsburgh Magazine Publisher Betsy Benson said at first she thought the bread and butter in the boxes represented a smart-aleck inside joke for diners who have complained about Salt’s policy of not providing bread with dinner.

“[Later] I thought Kevin had really raised the bar for using the event as a marketing tool,” says Benson. “We're glad he recognized the Best Restaurants Party as the place to reach discerning foodies.”

Sousa adds that the evening was a nod to Salt’s beginnings.

“Before Salt opened, we would have a series of dinners at the building when it was still a warehouse," Sousa says. "These guerilla dinners helped us refine our ideas — from the communal tables, to what the kitchen would be like, to the food.”

And it was certainly a nod. From the tongue-in-cheek bread and butter to the way that our table was progressively deconstructed with each course, ending with the bare table that is a signature of the Salt experience. 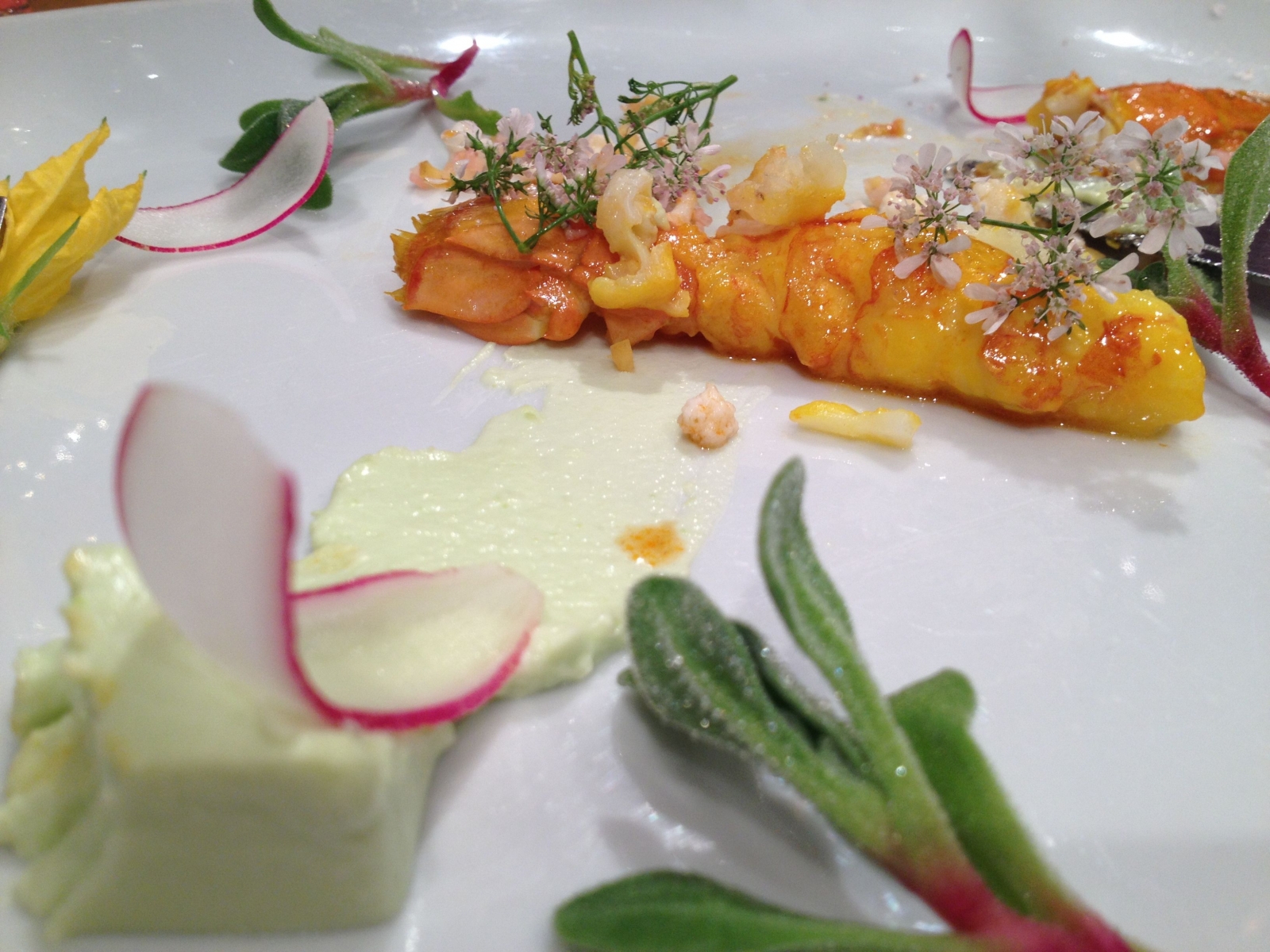 In the end, I felt like I was in a diegetic Dogme 95 film. Sousa unwittingly followed almost all the principles of this philosophy, including the last: in Dogme principles, the director is not credited. During the evening, we never saw the chefs. In Dogme, what is important is the story and the performance. And with the ambitious #StayGold412 project, all the elements came together for an unprecedented experience that spoke for the chefs.

I know I speak for all 10 of us lucky diners when I say it was a heck of a good time.

This article appears in the June 2013 issue of Pittsburgh Magazine.