Although NFL teams never simply pick up where they left off the previous season, there’s reason to believe the 2016 Steelers could resemble the team that came agonizingly close to knocking off the eventual Super Bowl Champion Broncos in Denver last January. 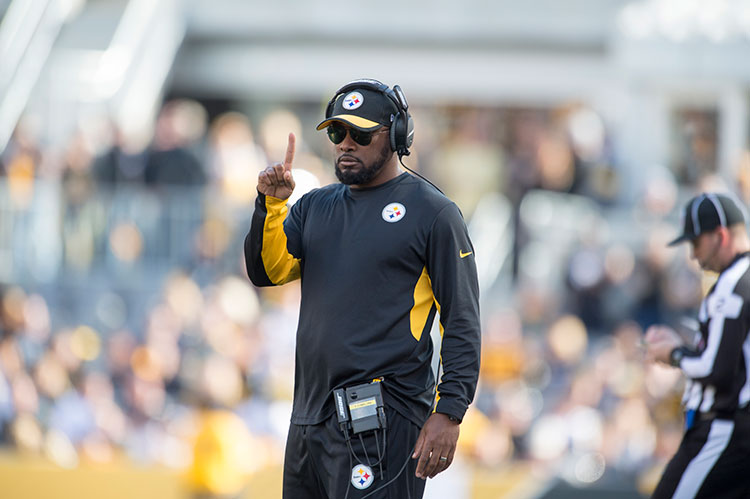 Optimism abounds as the Steelers commence a training camp this week some are suspecting might constitute the first steps toward another Super Bowl run, even as Le’Veon Bell appeals a looming suspension and James Harrison and the NFL Players Association continue to draw a line in the sand over the validity of an investigation into performance-enhancing drugs.

You’ll have that in today’s NFL.

There’s a buzz accompanying the Steelers, anyway, and it’s not without merit.

Although NFL teams never simply pick up where they left off the previous season, there’s reason to believe the 2016 Steelers could eventually resemble the team that came agonizingly close to knocking off the Broncos in Denver last January, the same Broncos team that would eventually go on to win Super Bowl 50.

The Steelers began last season as a team incapable of getting 11 defenders onto the field for a snap in the opener at New England –– twice.

They closed a fumble by a third-option running back away from possibly reaching the AFC Championship Game.

But what’s easy to overlook, in retrospect, is all the Steelers had to endure on the way from St. Vincent College to Denver.

This was a team, remember, that would up having to go to its fourth option at kicker a mere five weeks into the regular season.

And this was a team forced to start three different players at quarterback (remarkably, the Steelers won games with all three).

That type of stuff isn’t easy to overcome.

The same can be said for losing your All-Pro center before the regular season even starts, your starting left tackle prior to even reaching the halfway point and your All-Pro running back –– the one that started the season serving a two-game suspension –– before he’d even played eight games.

The Steelers still made it to Denver, but by the time they got there they were without All-Pro wide receiver Antonio Brown as well as Maurkice Pouncey, (the All-Pro center) Kelvin Beachum (the starting left tackle), Bell (the All-Pro running back) and running back DeAngelo Williams (he’d have been christened an All-Pro fill-in if such a designation existed).

And in the end all of that and the Broncos simply proved too much to overcome.

Similar adversities are lurking; they always are for every team, every season.

And that’s the stuff no one will be able to get a handle on no matter what happens at St. Vincent.

It’ll still be worth the pilgrimage for any card-carrying member of Steeler Nation worth his or her Terrible Towel.

But even if the infusion of youth in the secondary pays dividends, even if Alejandro Villanueva continues to progress, even if the defense plays with 11 at a time all the time and plays well while doing so, even if Bell finds a way to be available for what would be his first career playoff game, an element of uncertainty is destined to shroud the season like heat and humidity at St. Vincent.

Often, it’s the most resourceful and the most resilient teams that make it to the Super Bowl.

Rarely is it the best teams on paper based on what transpired through free agency and the draft.

As they begin again the Steelers have every reason to be optimistic based on their roster and on the resourcefulness and resiliency they demonstrated last season.

But to do even better this season they’ll have to be lucky as well as good.