We eat local, so why not read local, too? Check out these books from Pittsburgh-based authors. 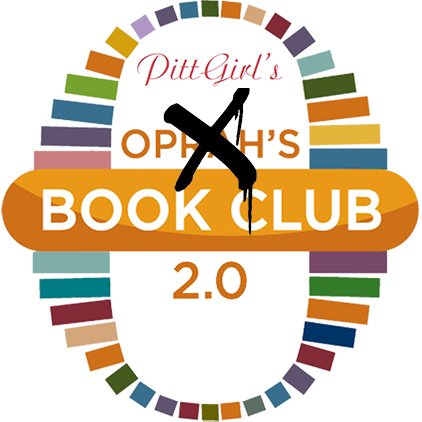 "I oughta write a book!"

Who hasn't had a story or idea flit through their brain followed by this thought?

For most of us, that train of thought never stops at the station to let us climb aboard. It chugs right past, all engines firing (do train engines "fire?" Or is "chugga-chugga" the correct technical term?), leaving us staring as it disappears into the distance. Then we’re left with nothing but wisps of smoke and regret.

But some people manage to run behind the train as it passes. They hop on before it picks up full speed and publish their stories while living here in Pittsburgh. In fact, lots and lots of ’Burghers pulled that train-hopping stunt. We're the new Hollywood, and it would seem we're also the new … whatever city all the writers live in. Don't say Portland.

Here are a few nonfiction books on my Kindle right now, all from Pittsburgh-based authors and published within the last 12 months or so. Grab one for weekend reading, or gift a few to your Pittsburgh-loving friends, family and co-workers this holiday season. I'll feature another set of five local authors in a future post, so now is a good time for you to let me know of your favorite ’Burghy scribes. 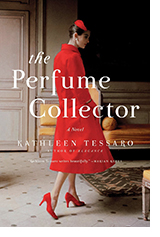 The Perfume Collector by Kathleen Tessaro
This is Tessaro’s fifth novel! She was born in Pittsburgh and attended both the University of Pittsburgh and Carnegie Mellon University before moving to London for two decades. Her novels have been translated into many languages. She relocated back to the ’Burgh in 2009 with her husband and son.

From BookList: "Grace Monroe, a newlywed raised in the studious world of Oxford and bland English food, is completely uncomfortable with the glamorous parties and socializing her new life demands. When a mysterious French benefactor leaves Grace a surprising sum in her will, she jumps at the chance to leave her overbearing husband and London’s glittering social scene behind. What she finds in Paris, however, changes everything she knew about her past and has the power to change everything about her future."

100 Jolts: Shockingly Short Stories by Michael A. Arnzen
Not for the faint of heart and certainly not for the squeamish, this book of short horror stories is perfect for the witching month of October. Arnzen is a professor of English and writing popular fiction at Seton Hill University.

Brace yourself for this excerpt:

"The intellectual zombie knows not to go directly for the brains. Understanding physics, he fears fire not. He burns his victim civilly, upright in a metal chair. At boiling point, he steeps a fleshy teabag in the skull, concocting a fine aperitif of herbal cranial fluid before his dinner roast." 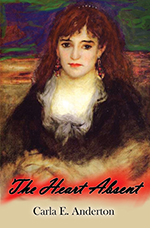 The Heart Absent by Carla E. Anderton
Anderton is an adjunct professor and president of the Jozart Center for the Arts in California, Pa. Her debut work is a retelling of the story of the infamous Jack the Ripper.

From the book description: "[Fourteen]-year-old James Nemo spent most of his youth motherless and under the thumb of a father who hates him. These injustices he quickly forgets, however, in the arms of a beautiful young prostitute named Nelly. Reality conspires against the young lovers, and James is left, alone and angry, to confront the truth behind his mother's abandonment. Twenty years pass. James, now a respected artist, meets Mary Jane Kelly, an Irish prostitute who bears more than a passing resemblance to Nelly. Convinced his redemption lies in her, James slowly ensnares her into his ever darkening world. His passion for her escalates to a frenzy, amidst the backdrop of Victorian London, threatening to consume them both."

A Man Above Reproach by Evelyn Pryce
Publisher's Weekly: "A bluestocking and a Duke make an unlikely pair in this exceptionally entertaining historical romance … A drama of class, hidden identities, and a battle of the sexes unfolds, with witty banter and searing passion sure to entice."

That sounds like the perfect read for an evening at home with a glass of wine and a warm blanket. 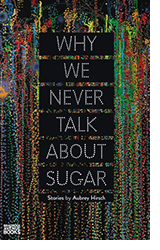 Why We Never Talk About Sugar by Aubrey Hirsch
This is a collection of short fiction (with an awesome cover) by a Cleveland native who now makes her home in Pittsburgh.

From the book description: "Aubrey Hirsch will lead you into the darkest recesses of human life, where hope and longing and love and loss look all too much like one another. Each of these sixteen stories may be filled with its own kind of despair, but they are not despairing as Hirsch enters with deep sympathy into the souls of lonely women, broken men, young recruits and dutiful daughters… Taut and tension filled, these stories will transport you into the heart of what it means to be human. But be careful. Hirsch's compassion arrives on a knife blade. And you just may find your own heart cut open."

Well, that sounds like a ray of sunshine and a box of kittens. I should expect happy endings, right?

This article appears in the October 2013 issue of PittGirl.
Categories: PittGirl