One Person’s Trash Is Another’s Treasure: Find Second-Hand Items at the Car Bazaar

The flea market will be held in the Forbes & Smithfield parking garage on Cherry Way Downtown, with an entrance next to Arepittas. 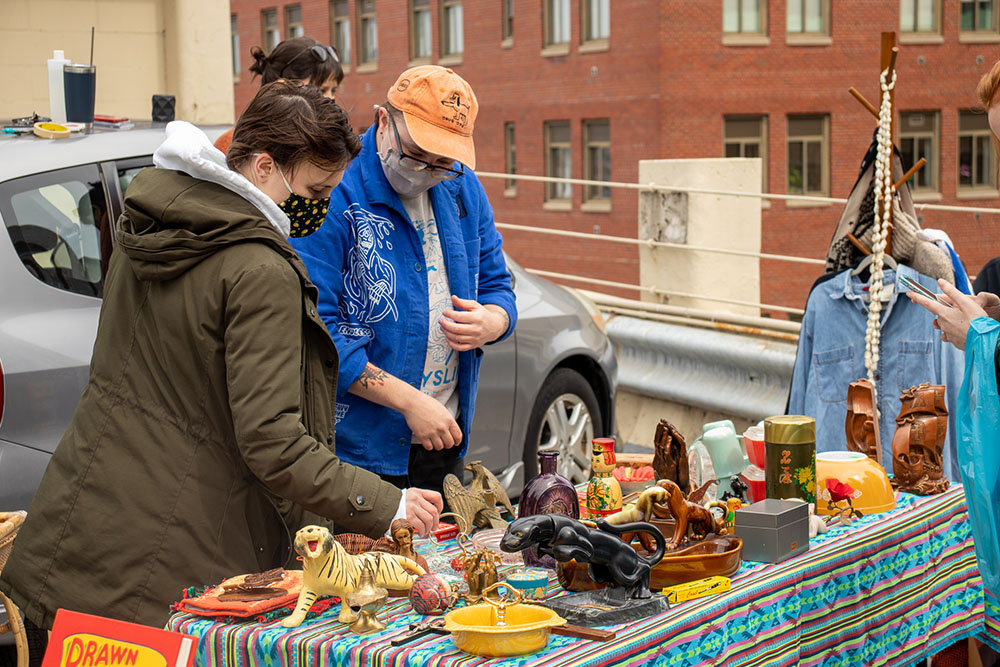 Parking garages are for more than just parking in Downtown Pittsburgh.

On Saturdays starting on April 2, the Car Bazaar will be back with trunks full of bric-a-brac spread across multiple floors of the Forbes & Smithfield parking garage.

The open-air market will feature a range of vendors selling everything from art to vintage goods. Guests will also be able to grab a drink and some lunch provided by Downtown restaurants — a full list of which will be coming soon.

An in-depth entertainment schedule of bands and other performers will be announced soon too, according to the Pittsburgh Downtown Partnership, which sponsors the event.

“With a festive atmosphere that includes live music, brunch cocktails and hot food, the Car Bazaar is a very Pittsburgh twist on the beloved British ‘Car Boot’ Sale,” explains Russell A. Howard, vice president of special events and development at the Pittsburgh Downtown Partnership. (“Boot” is what they call a car’s trunk across the pond.)

The ever-changing variety of vendors each week makes for an interesting and eclectic selection of goods.

“You never know what you’ll find when browsing this parking garage flea market since it has a different mix every week of makers, artists, retailers and people selling vintage and second-hand items — all from their car’s ‘boot,’ or trunk,” Howard adds. 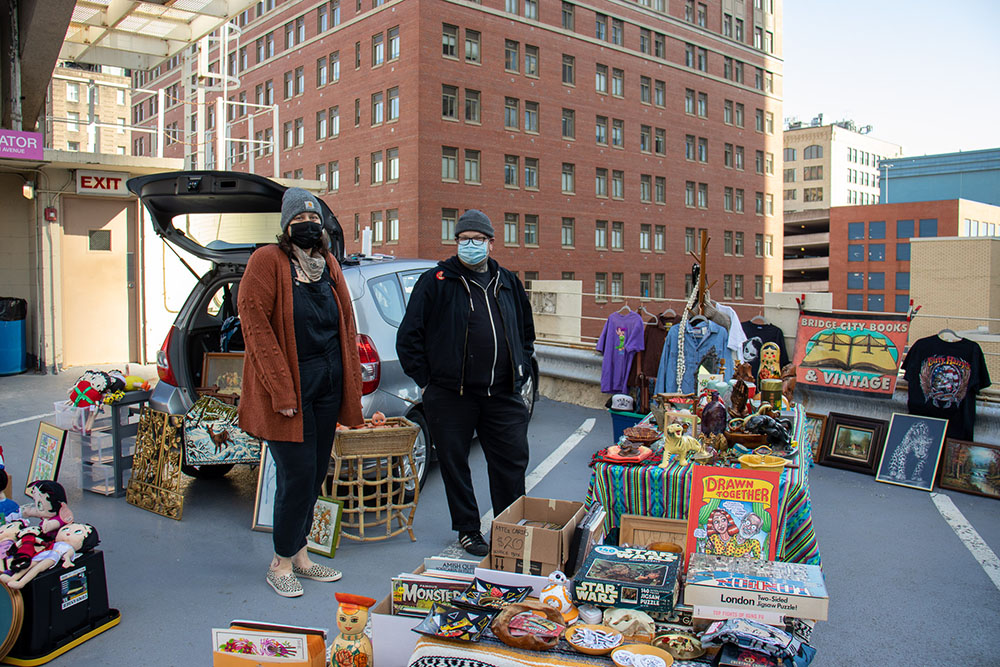 The official origin of the British tradition is unknown, but lore traces it back to the 1970s and our own northern neighbor.

Allegedly, a priest named Father Harry Clarke visited Canada from Stockport and happened upon a similar event called a trunk fair. Inspired by the event he saw there, he decided to host something similar as a fundraiser for his parish upon returning to England.

Pittsburgh’s own rendition is slated to run from 10 a.m. to 2 p.m. every Saturday through Sept. 24 (except April 30 because of the Pittsburgh Marathon). This year marks the event’s first full season.

Its success earned it a longer run this year. Last April, Howard says there were more than 100 vendors and more than 1,000 visitors for a single market.

Admission to the Car Bazaar is free. Anyone interested in selling items for the April events can register at the Pittsburgh Downtown Partnership’s website beginning on March 4; registration for subsequent months will open on the 10th of each preceding month.