From meds to beds, Thistledown at Seger House comes with a unique story. 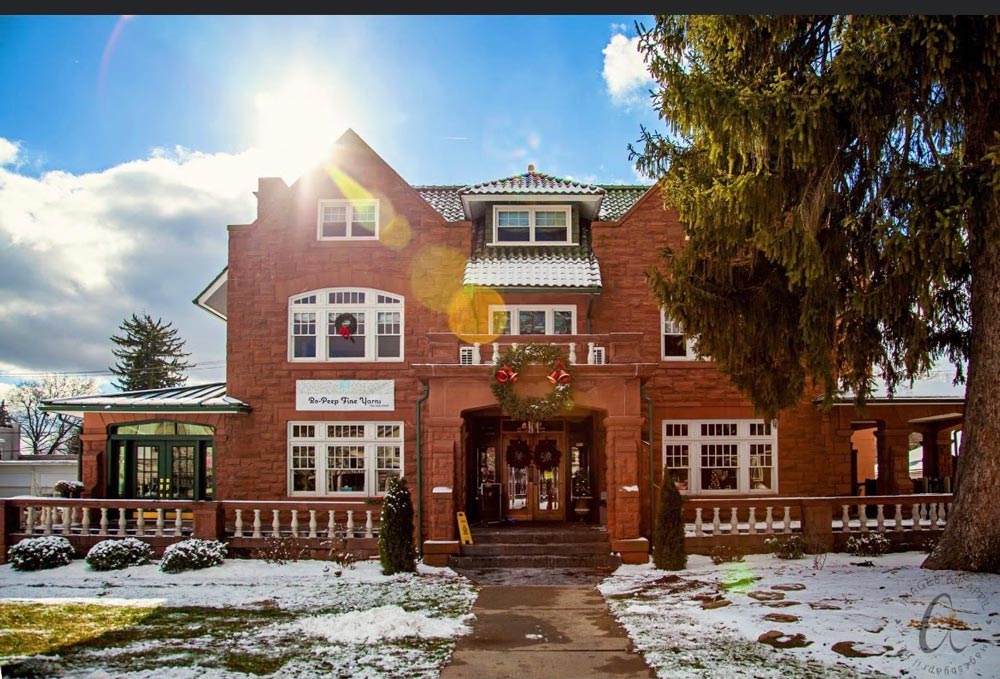 A roaring fireplace, colored light dancing through stained glass windows and the twinkle of chandeliers greet you as you walk through the door at Thistledown at Seger House — and it all could be yours.

The boutique hotel in Ligonier recently went on the market for $1.75 million.

Located just two blocks from the Diamond, the eight-bedroom, eight-bathroom historic estate is within walking distance of many of Ligonier’s attractions, including Fort Ligonier, Ligonier Country Market and Allegory Gallery. The property also includes a separate carriage house that serves as a family suite.

Originally built in 1915 as a family home for coal baron John Seger and his three children, Thistledown maintains its original woodwork, as well as the red Lake Superior sandstone exterior cladding specially ordered by Seger, and a roof made of green Ludowici terra cotta tile. 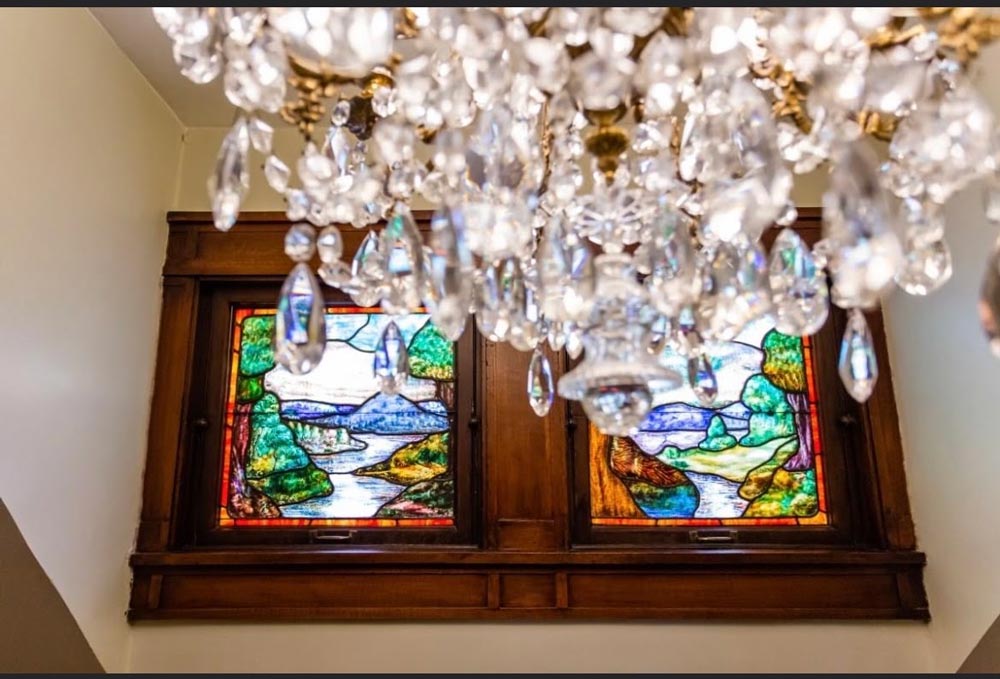 It has six working fireplaces with original tile work from American Encaustic Tiling Co. in Ohio. The property also includes the original dumbwaiter, an elevator, up-to-date heating and cooling systems and a restaurant space that’s available for lease.

Michelle and Adam Gardner, a married couple who had lived in Ligonier and were familiar with Thistledown, have owned the property since 2013.

“We would always drive by and see the property and think about what a great place it was,” says Michelle Gardner. “We would always joke, ‘Oh if that building ever goes on sale, we’re going to buy that place.’ And, well, it went up for sale.” 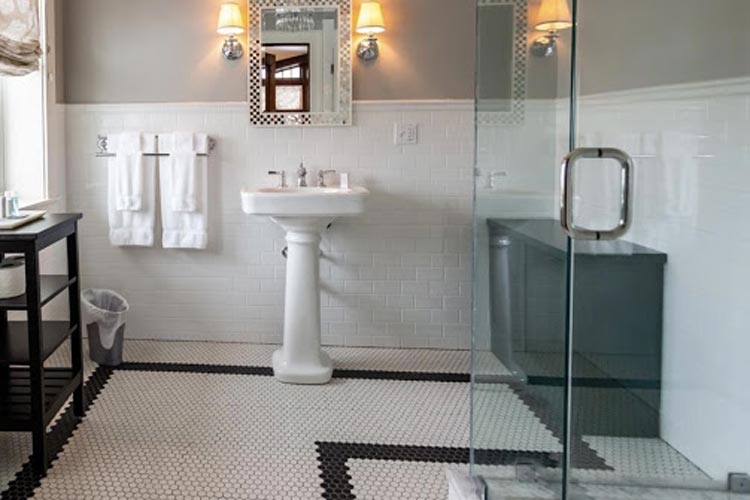 The Gardners have patiently been waiting to sell the property since it was listed last summer with Pennsylvania Commercial Real Estate Inc.

“We love the place and we’re in no rush to get rid of it, but if a buyer comes along, we would move forward in the sale,” says Adam Gardner. “The timing just feels right to pass on the torch.”

The couple bought the estate from Excela Health, which had used the property as a surgical center, after an eventful history. 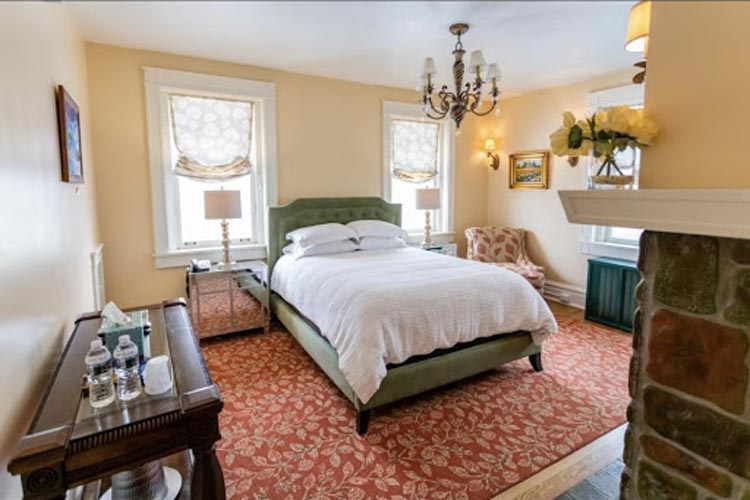 Following John Seger’s death in 1930, his family sold Thistledown to the Allegheny County Sisters of Mercy. It was then converted into a satellite hospital. Two years after the sale, Helen Newlin McGinnis bought the property and renamed it McGinnis Hospital.

In the late 1980s, The Westmoreland Hospital bought the facility, which became part of Excela Health when the company rebranded in 2004. It remained a surgery center until 2011, when it was put on the market for $600,000 and sat there for two years.

“We bought the property for about $265,000,” recalls Adam Gardner. “But we put about six times as much into working on the building because almost everything had to be redone.”

The Gardners did not originally plan to convert the building into an inn. After the initial purchase, the couple began clearing out medical supplies and moved Michelle Gardner’s business, Bo Peep Fine Yarns, into the first floor of the building.

However, the couple was uncertain about what to do with the rest of the property.

“After we bought it I had a moment of panic,” says Michelle Gardner. “We were just there thinking, ‘What now?’” 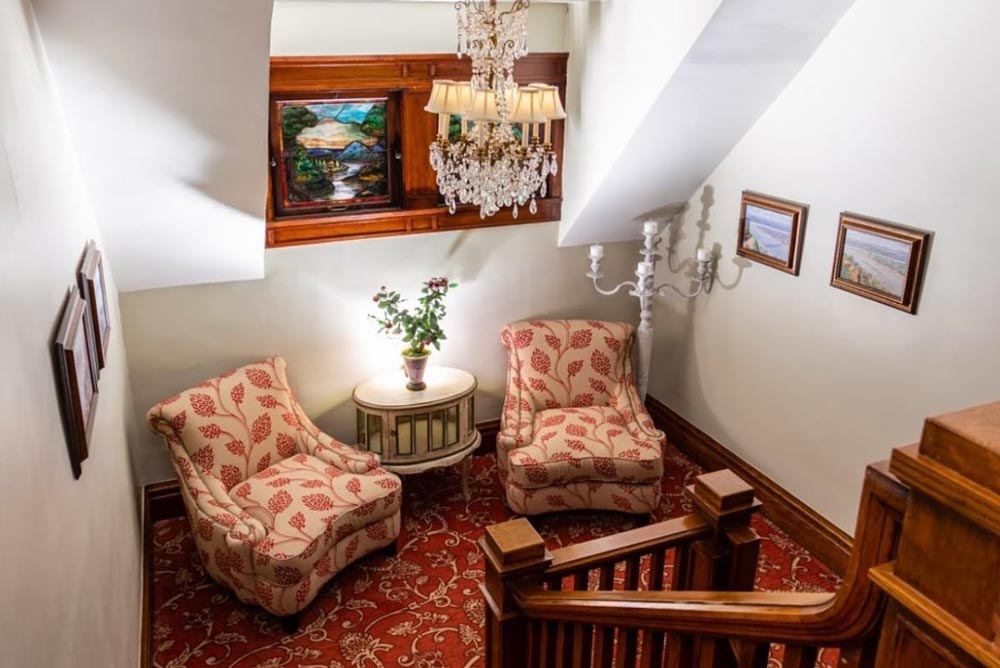 After many discussions, the couple decided to move forward with converting the property to a hotel.

The renovations would prove challenging because of how long the estate was used in the medical field. Throughout the years, as the building’s rooms were altered to fit the needs of a surgical center, the property had lost some of its warmth and unique character.

The Gardeners were particularly concerned with maintaining the building’s historical integrity, as well as keeping as much of the original structure as possible, throughout renovations.

Then there was another issue.

“No local construction companies wanted to undertake this [project],” says Michelle Gardner. “We found a company in Mahaffey called Bloxdorf and they were craftsmen. They were not just builders.”

Once renovations were complete nine months later, the Gardners say the grandchildren of John Seger, who spent many years in the house when it was in its early years, stopped by for a visit.

“They were lovely people. They wept because it was so beautiful and they were so happy to see part of their history, part of their childhood preserved,” says Michelle Gardner.

For more information and pictures of Thistledown at Seger House, visit thistledownligonier.com. The hotel is still currently scheduling reservations.

Sorry, But It's Time to Say Goodbye to These 4 Design Trends