Once a Church, This South Side Slopes Unit Has a Killer View

The two-bedroom Pius Street apartment has been completely renovated. 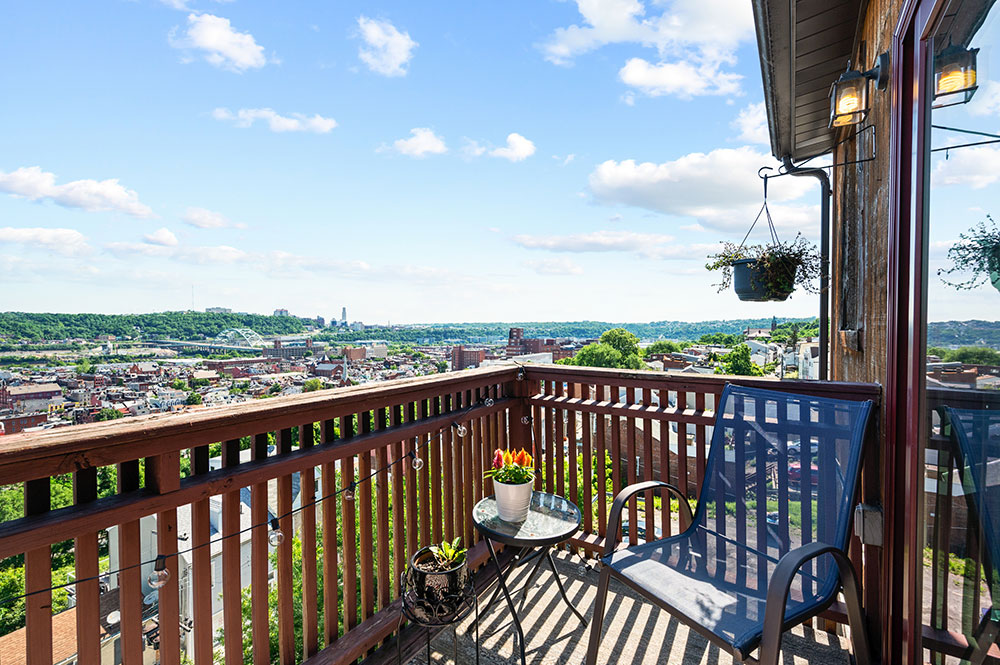 It was almost inevitable that Brianna Brown would live on the South Side Slopes at some point in her life; Five generations of her family had done so before her.

“My grandpap Bernard Kwiatkowski spent half of his childhood living on Pius Street. He lived with his grandparents on Gregory Street and on Pius Street,” Brown says. “He went to grade school at St. Michael’s Parish.” 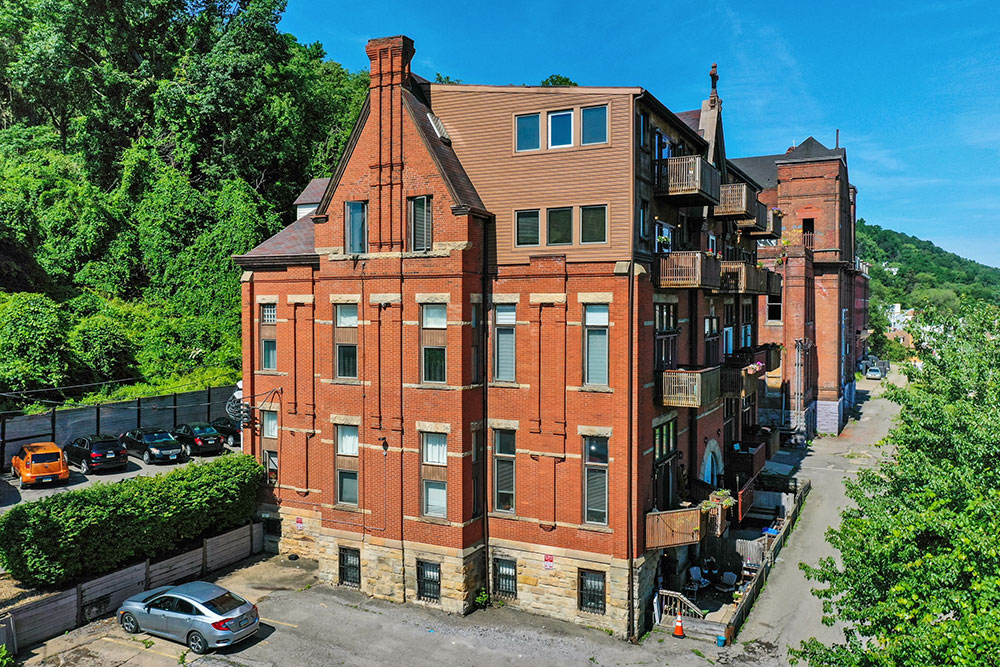 Located at 66 Pius St., St. Michael’s was well known as the location for Pittsburgh’s longest-running Passion Play, “Veronica’s Veil.” Its parochial school served students in kindergarten through 12th grade in two different buildings. In the early 1990s, the high school was converted into condos, one of which Brown and her husband, Jacob, purchased.

“We bought that place and then got married in August of that year,” Brown says. “I started law school two weeks after.”

After they moved into Unit 301, Brown pulled the pieces of her family’s history together.

“[My grandfather] went to school in the building next door to where I was living,” she says. “When we first bought it, I brought him over. He thought it was hilarious that I was living in the school.” 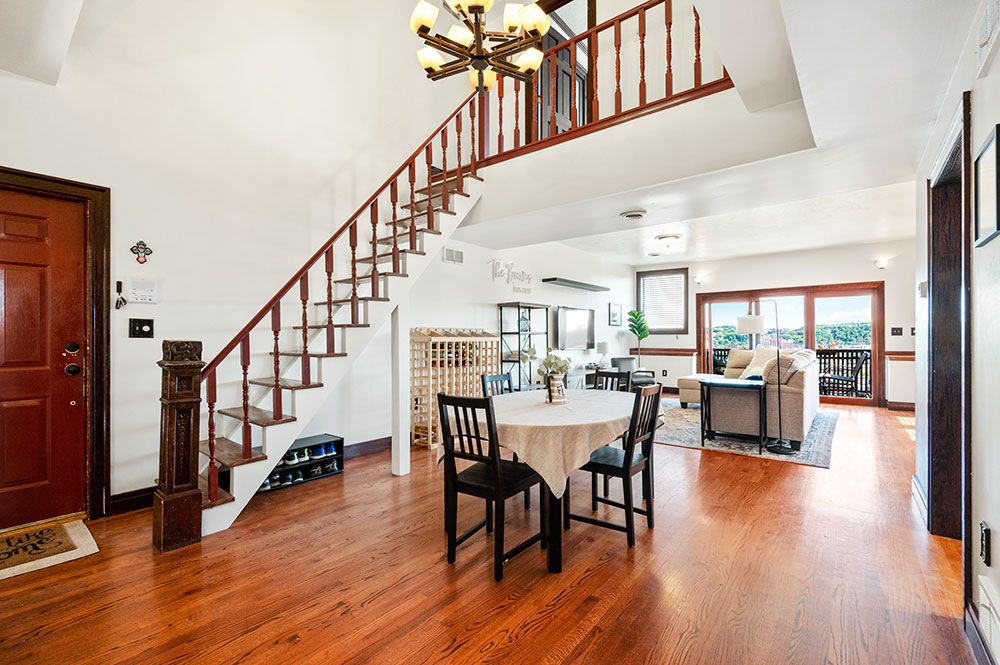 The couple completed major renovations on the two-bedroom, two-bathroom home. Brown has since finished law school and the couple, longing for a yard, put their unit on the market for $249,000 (MLS# 1508439, Jackie Yamarick, Howard Hanna Real Estate, howardhanna.com). It is under agreement.

The light-filled, 1,666-square-foot unit is one of three that feature two levels of living paired with spectacular views of the city.

“We are the second largest unit, top corner,” Brown says. “You can see from Oakland to Mount Washington.” 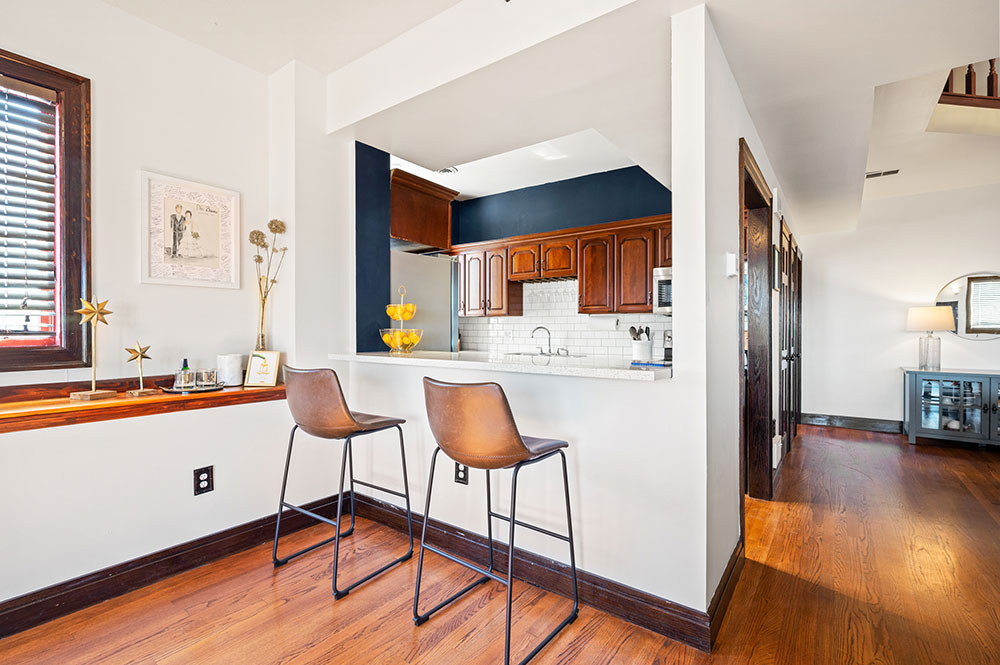 In the kitchen, the couple raised the island seating from table height to counter height. They painted the walls a deep navy blue and installed a new backsplash and counters. The open-floor plan has plenty of space for gatherings, and it also boasts a full deck to take in those city lights.

They also tackled both bathrooms. The upstairs bathroom now features Calacatta quartz shower walls, a new vanity, new floors and all-black fixtures. The chic space is a nice complement to the primary bedroom, where a private balcony, a wall of walk-in closets and warm hardwood floors make a nice design statement. 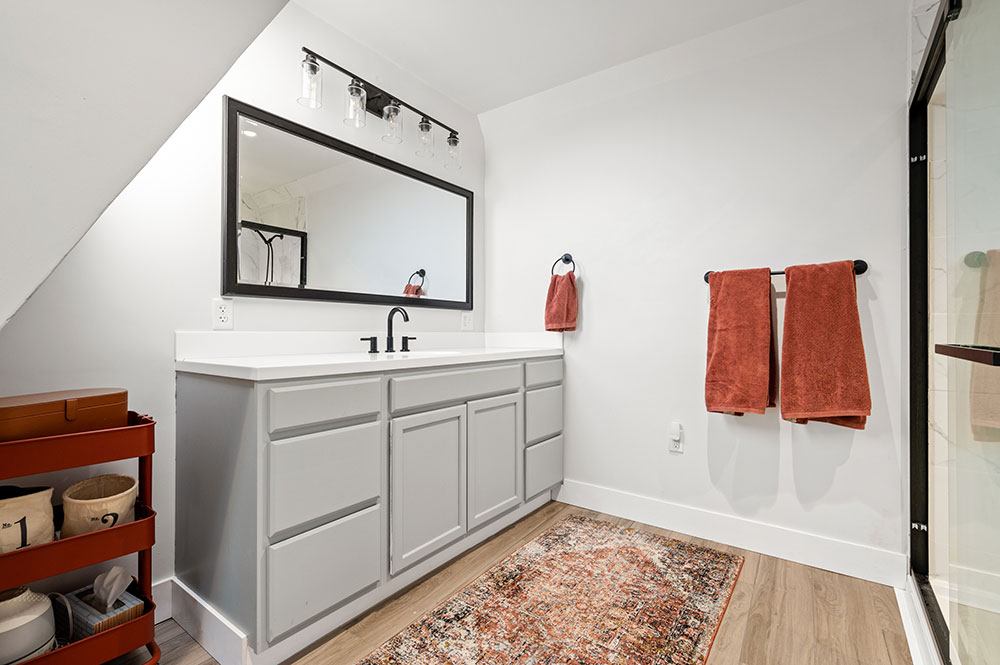 That’s a lot of work to tackle in a few short years, but fortunately for the couple, Jacob, who is part owner of MBM Contracting, has construction experience.

“When we first got it, he had big ambitions,” Brown says. “We did all of [the work] ourselves.” 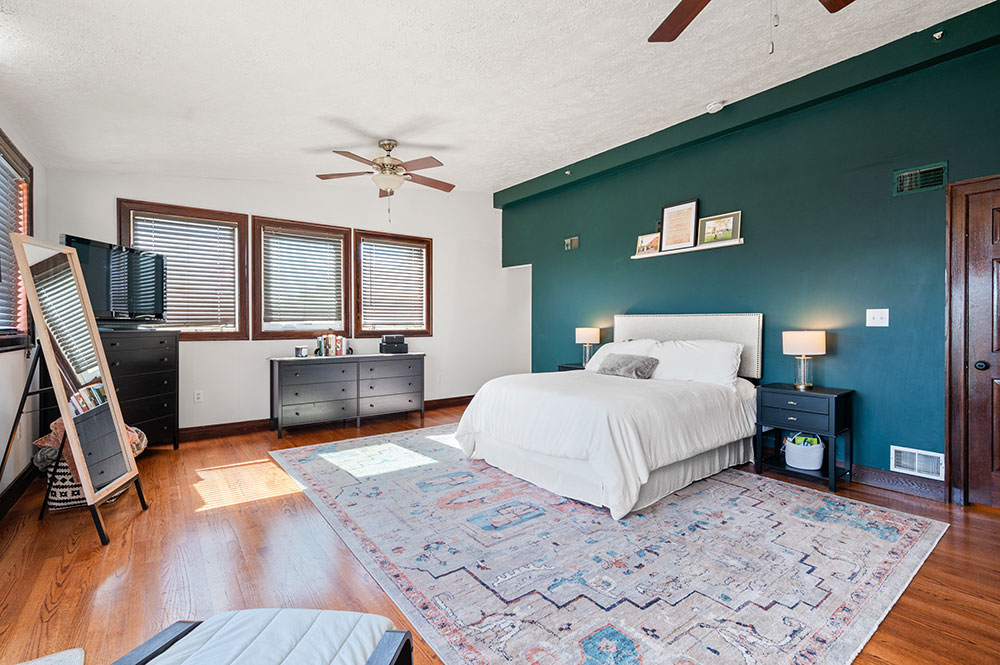 A second bedroom has a jade green feature wall and a trio of windows. There also is an in-unit laundry and two dedicated parking spaces, plus electric heat.

Brown has nothing but good things to say about living on the Slopes, where the couple easily met friends. She adds the location is a total winner with its short commute to Downtown. Of course, there’s also that view. 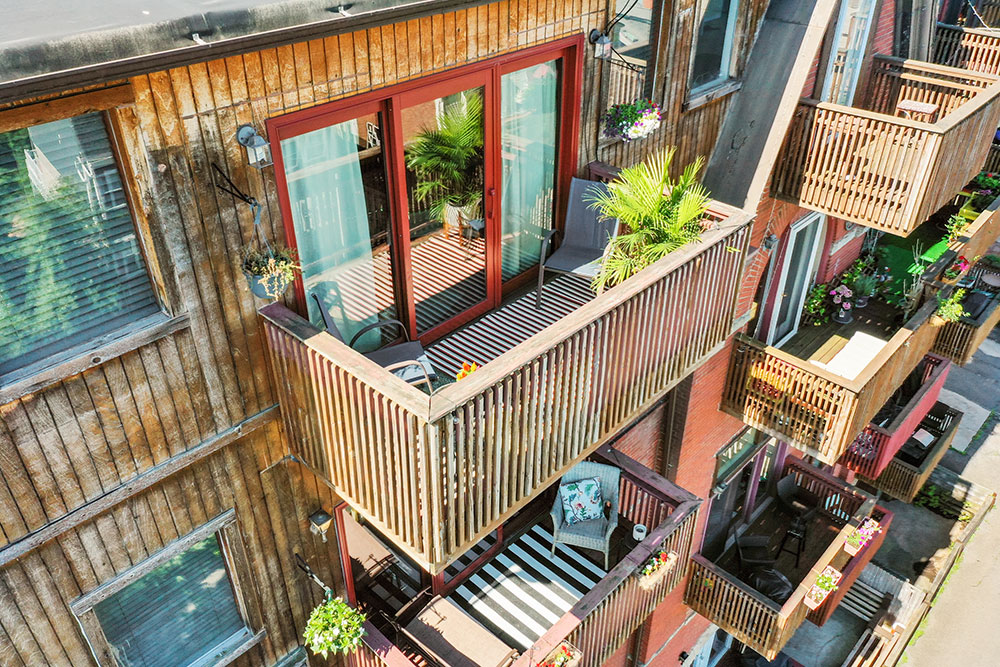 “The view of the city … it is awesome,” she says. “It is the first thing that drew us in. There is no time of day, or time of year, that the view isn’t beautiful.”

About: South Side Slopes (southsideslopes.org)

Schools: City of Pittsburgh, features extensive magnet programming including CAPA in the heart of Downtown. (pghschools.org).

Neighborhood: Known for winding streets and breathtaking views, the neighborhood was one of the first settled along the Monongahela River by John Ormsby. As river industries moved in, immigrants settled in small houses built on the Slopes. Early wooden staircases were built for residents to traverse to and from work. These gave way to the concrete public staircases that Pittsburgh is known for. StepTrek is an annual neighborhood walking event that explores the neighborhoods via the step network.