On Theme Weddings with Style

These brides went beyond a color scheme for their wedding day to work in an entire theme. 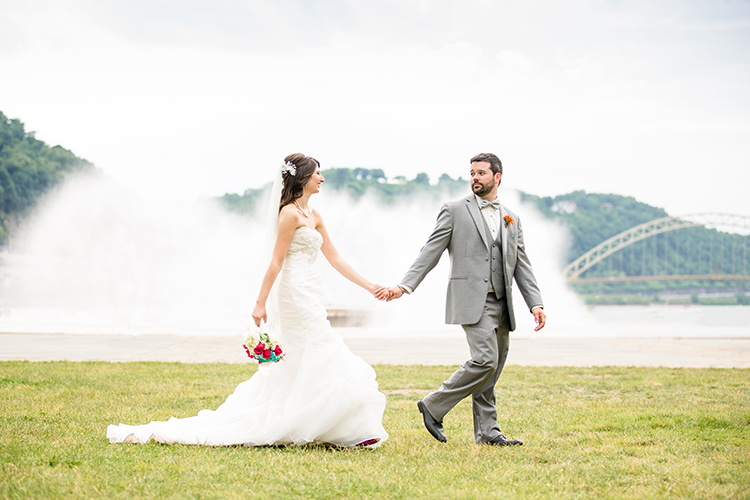 Just as with any event, a color scheme can make a wedding ceremony and reception look pulled together and sophisticated. When planning a wedding, though, you can also go one step further and choose an entire theme, which lends itself to decoration and even dessert inspiration. These brides chose themes that were close to their hearts, which gave them the chance to incorporate personal details throughout the entire day.

When Sarah Burkot started planning her wedding with her fiancé, John Mlakar, she knew which accents she wanted to include as a reflection of their relationship. That’s why she and her husband-to-be decided on a subtle running theme. Sarah was always dedicated to running, but John wasn’t; however, running quickly became a way for the new couple to bond. They even worked their way up from one-mile races to half marathons.

“He wanted to get to know me and my hobbies, so a lot of our time dating was spent running together,” Sarah says. 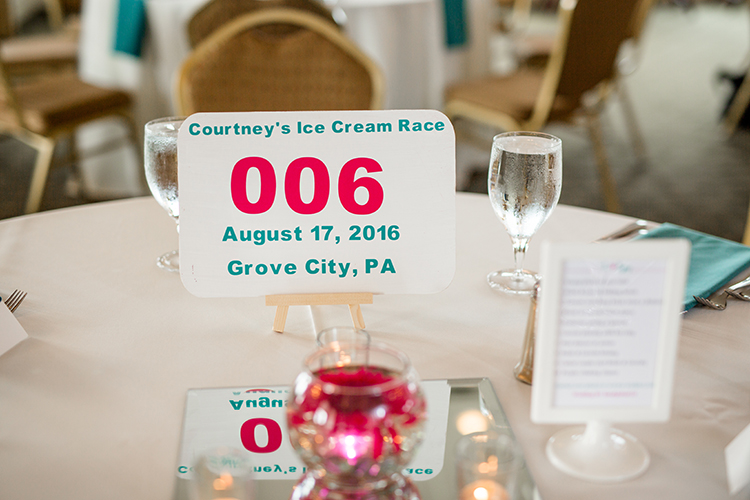 In spending so much time together, they created a bond that would lead to matrimony. Sarah wasn’t expecting it, but when they crossed the finish line of the Pittsburgh Half Marathon, John took the moment to propose to her.

“Running became even more meaningful to us in that moment because we got engaged at the finish line,” Sarah says.

With running completely cemented into their lives, Sarah saw that as the chance to incorporate their favorite pastime into their wedding. She went down the DIY route and used her Cricket to cut out running shoes from paper. She decorated each of these shoes with a guest’s name and made the “bib” number correspond with their table number.

The thoughtful details continued with each table name. Sarah chose to name the tables after races the couples had completed together. In the center, guests could see photos of Sarah and John as well.

“I wanted to do a few subtle touches because I didn’t want it to be everything about the wedding,” Sarah says. “I wanted to incorporate it in a way that people could tell what the theme was and share in our passion for running without it being overwhelming.” 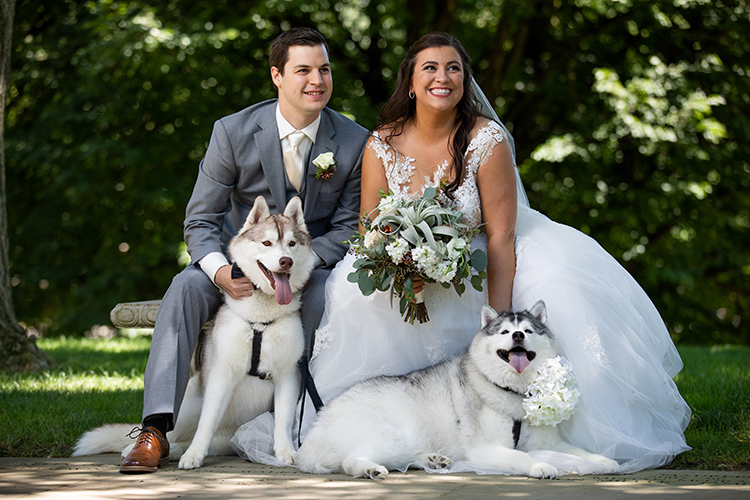 For Pittsburgh bride Kelsie Mozzoni, it was all about representing Pittsburgh — but she wanted to achieve this without simply relying on black and yellow decor. So, she and husband Daniel LaBarbera decided on an industrial-themed wedding, wanting to pay homage to their favorite city by recognizing its steel and industrial ties.

Both Kelsie and Daniel are Pittsburgh natives and became high school sweethearts at a local school. Kelsie attended Allegheny College while Daniel went to Miami University of Ohio, but they remained together and got engaged before their 10-year dating anniversary.

“We both went to schools where black and gold were our colors, so we really didn’t want to seem like a sports banquet,” Kelsie says. “We also didn’t want Pittsburgh sports colors, but we still wanted to give Pittsburgh the credit it deserved for bringing us together.” 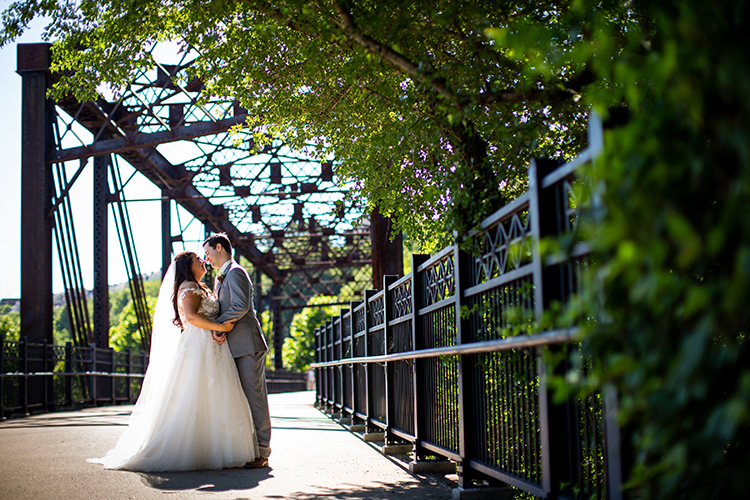 Kelsie stuck with metallic colors throughout the wedding theme. The bridesmaids wore charcoal or silver sequined dresses, her bouquet had copper flowers in it and even the wedding invitations featured copper paint details.

They didn’t stop there with the industrial details, though, but also named every table after prominent bridges in Pittsburgh. Kelsie also tried to sit guests at tables with bridges located near each guest’s home. Her bridesmaid, Laura Hilger Montgomery, who owns the art studio Dots and Doodles, offered to make the decorative signs visible throughout the day. She wrote each bridge’s name in calligraphy that made the signs both decorative and functional. Kelsie also had day-of planners who helped bring her vision to life.

“They jumped in with me and took all of my ideas and ran with them,” Kelsie says. “They couldn’t have done better. The only time I cried all day was when I saw my reception hall as a sort of preview before everyone else. I walked in and just cried.”