On Fitness: Peace and Posture Instead of No Pain, No Gain

Client by client, personal trainer Ian Riggins is dismantling the aggressive side of the fitness industry. 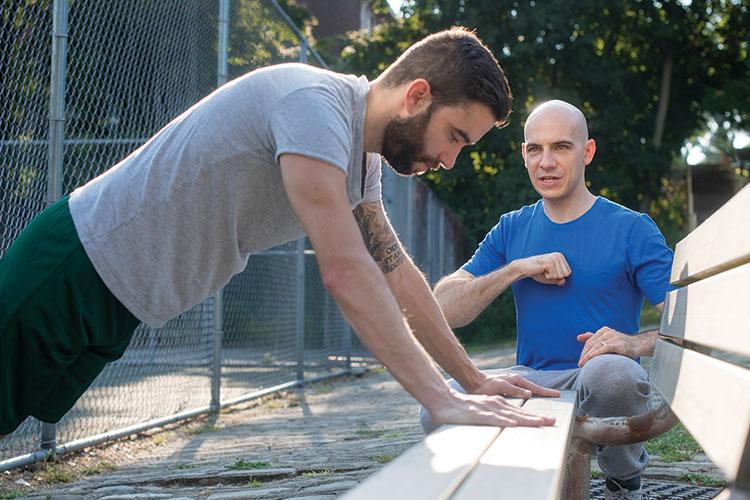 Ian Riggins is a personal trainer, but he’s also a writer. “I’m obsessed with the language,” Riggins says, which is why he is bothered by much of the fitness rhetoric he sees in blogs and magazines. Phrases like “feel the burn,” “get shredded,” “no pain, no gain” and “boot camp” put him off. “It’s this really aggressive, violent language,” he says.

In May, Riggins published a short essay, “Shrine of the Hollow Chest,” in the online literary journal Atticus Review. The piece describes the insecurities and body issues Riggins experienced as a boy. He writes about being bullied for having a condition called pectus excavatum — a sunken chest. 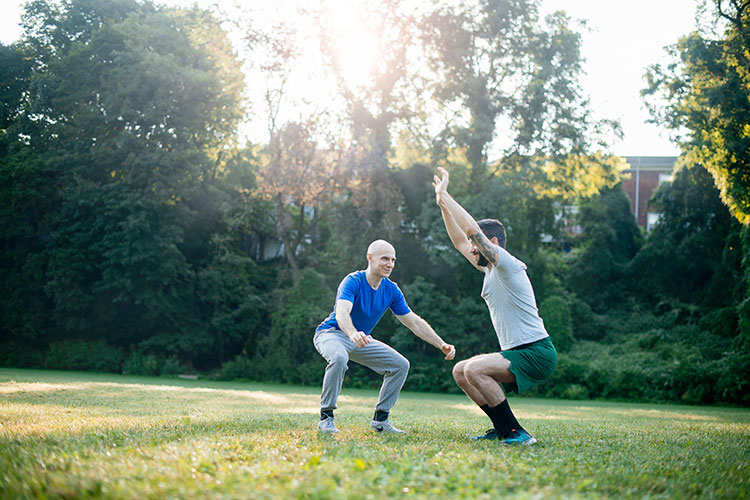 “[Bullying] can have an impact on you without making you a toxic, horribly violent person,” Riggins says. “I do know that it definitely had a big impact on how I see myself. The boyhood stuff and being made fun of. I hope it didn’t impact how I acted towards anyone else — but I know that there are people that it might impact in that way.”

Riggins, 33, says he was never a “super athletic person” and didn’t start his fitness journey until he was 30, beginning with weightlifting. He wanted to look better. He wanted to get fit. The program he began involved “exercises that are impressive in a gym, as opposed to the things that you would actually use in your daily life,” he says.

Riggins was also suffering from stress and health issues; he experiences chronic back pain due to scoliosis. He thought his new workout routine would solve those problems; after a year, his stress and pain symptoms had not gone away. 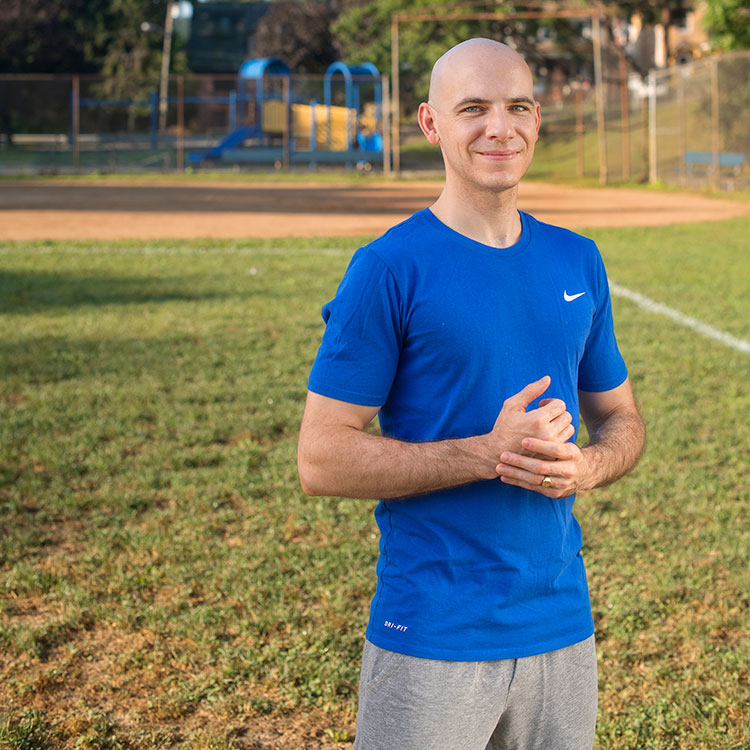 He looked better, but he didn’t feel better.

The lack of progress spurred his research into balance and posture. He began eating better, meditating, stretching, building strength. But he also approached fitness with intention and care. Over time, his stress levels dropped; his back pain, he says, is “almost entirely gone.”

This March, Riggins was certified as a National Academy of Sports Medicine personal trainer. Now, his clients — many of whom are working with a trainer for the first time — range from children to 60-year-olds. His youngest client, a 13-year-old named Rudy (who declined to share his last name), surprised Riggins.

“[Rudy told me his goal was] ‘to make my body look better,’” Riggins says. “He’s [13] years old! I said, ‘Believe me when I say I understand.’ There is nothing wrong with feeling that way, necessarily. But there’s also the [questions]: ‘Why do you feel that way? What makes you feel that way? Why do you think this is something that has to be done?’” 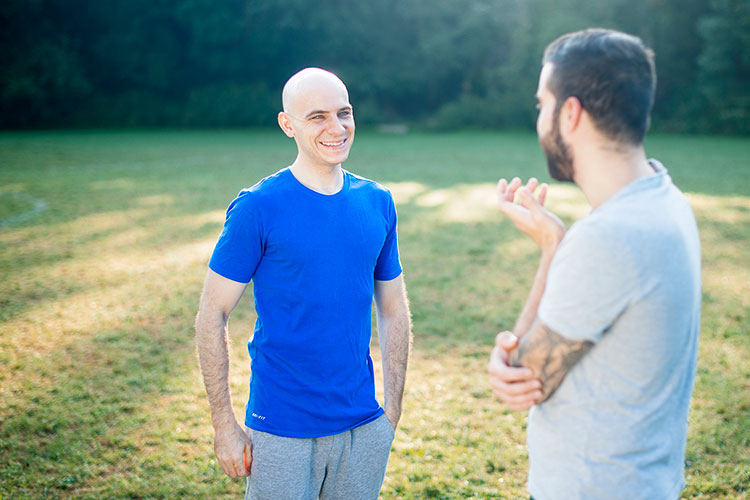 Rudy says it was his own idea to go to a personal trainer. He wants to “be buff,” he says; when his mother pointed out that Riggins isn’t necessarily buff himself, Rudy responded, “Yeah, that’s why I like him. He’s not intimidating.”

When Rudy tells Riggins that he wants to change his body, the trainer listens with compassion but doesn’t tell Rudy that he needs to change or gain muscle or become something society shows him he should become. Instead, Riggins teaches Rudy about balance (literally and philosophically) and helps him improve his posture.

He encourages Rudy to love the body he is in.

This article appears in the November 2018 issue of Pittsburgh Magazine.
Categories: Top Doctors