On a Lark: Pittsburgh Mom Creates Activewear for Babes 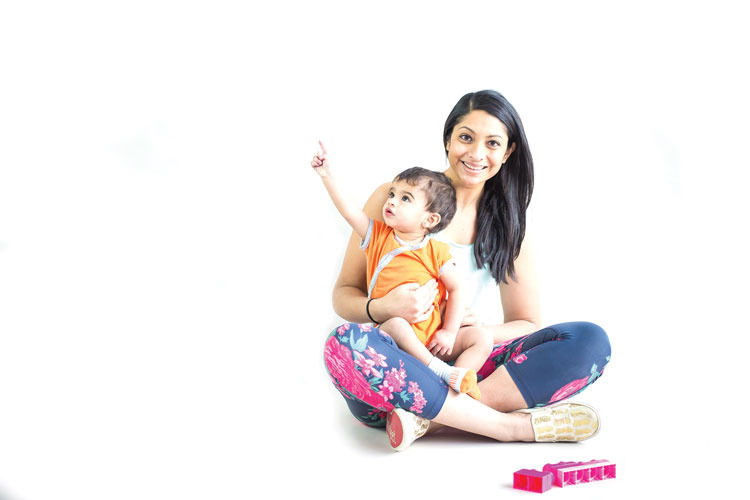 Pallavi  Golla was only a few months into motherhood in April 2016 when she noticed something about her son Vyan after placing him in his car seat or taking him to the local park.

“While I would stay dry in my activewear, he would get really hot and sticky and sweaty,” she says.

The Upper St. Clair resident, who at the time lived in Highland Park, went on the hunt for moisture-wicking clothing that would keep her baby cool, but she couldn’t find any synthetic-free or chemical-free products — so she decided to create her own.

“I was just a mom looking for a solution,” she says. “With all the activewear on the market that’s so popular for adults, I wondered why it didn’t exist for children.”

A New York University graduate who went on to earn her MBA from UCLA, Golla — whose background includes working for hedge funds in New York City and creating a wine subscription service in Los Angeles — raised $16,500 in 30 days (exceeding her goal of $15,000) through Kickstarter to start Lark Adventurewear.

By January 2017, she had textile and manufacturing partners in place. A few months later, in July, she launched her line.
​
Golla, who designs the products along with a consultant, says the company’s whimsical name was inspired by her decision to branch out and, of course, by Vyan.

“Lark is a bird, but it also means to go out on a lark, or to go out on an adventure, which is definitely the personality of my son,” she says.

Now pregnant with her second baby — a boy, due in June — Golla, 34, says she worked with textile experts to develop a fabric with a special capillary knit that pulls moisture from the skin and is soft to the touch.

Made from a blend of cotton and bamboo, the material, which is manufactured by hand at a private cut and sew studio in Los Angeles, is environmentally friendly and UPF 50+ to keep babies safe from the sun. For competitive reasons, Golla declined to name her manufacturing and textile partners. 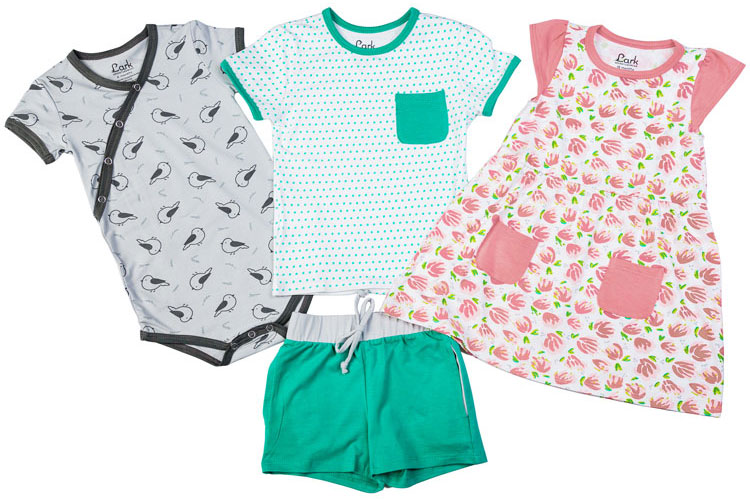 Since its launch, Lark Adventurewear’s collection of fashionable onesies, rompers and bodysuits — which Golla took pains to keep gender neutral — has proven to be a hit with parents. In its first six months, Lark Adventurewear did $30,000 in sales, Golla says.

Over the winter, she added long-sleeved items to the brand. April marks the debut of Lark Adventurewear’s spring and summer line. At the request of parents, the new collection will go up to a size 4T and feature shorts, shirts and the Perfect Play Dress with pockets.

“We try to be gender neutral, but we also have a fun floral print,” Golla says. “We wanted to appeal to everyone. We don’t want to pigeonhole girls into only liking pink or blue for boys.”

Although she may do pop-up shops in the future, Golla, who employs one full-time worker, says her focus now is on expanding her e-commerce business, as well as growing her presence on Amazon.

While yoga retail giant lululemon has branched out with ivviva, stores that carry athletic wear for preteen girls, Golla says Lark Adventurewear is the only company to create sports garb specifically for kids.

“We pride ourselves on being the first company to ever create an activewear line for children from our eco-friendly, chemical-free technical fabric, which no other company is doing right now,” she says.

Lark Adventurewear can be found online at larkadventurewear.com. Pricing for items in the spring and summer line range from $22 to $34.

This article appears in the April 2018 issue of Pittsburgh Magazine.
Categories: Business