Of Gumbands and Glove Compartments

Can you take the 'Burgh out of a 'Burgher? 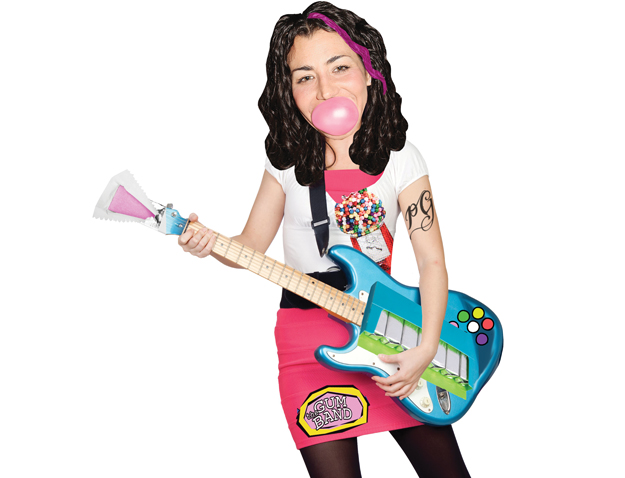 It was a beautiful summer day in Pittsburgh, perfect for sitting on the porch swing sipping lemonade for hours while the children played in the yard.

And then the grenade hit.

My sister, Marcia, was visiting from Texas, escaping the heat she described as “hell if hell had global warming.” She’s made East Texas her home for the past 16 years after marrying a Dallas Cowboys-loving, boot-wearing, pickup-truck-driving Texan. We’ve forgiven her, but it was hard. I mean, really … the Cowboys? At least it wasn’t the Patriots—because then we’d have had to disown her and remove all of her pictures from the house.

Marcia dropped a proverbial grenade onto the porch in the form of a request to her son. “Daniel,” she asked her 9-year-old, “Would you go check the glove box for my sunglasses?”

KABOOM! She didn’t even have the decency to throw herself on the grenade to protect us from the blast. I blinked. “The what box now?”

Marcia’s eyes shifted. From me. To my mother. To my other sister, who had been in the process of sipping her lemonade when the bomb exploded … and now she sat, the glass suspended in air, never having reached her lips.

“Did you just call it a glove box?” I asked incredulously.

Defiance reared. “Well, excuse me, but glove compartment is too long. Glove box is much easier to say.”

By the time Daniel returned to the porch, I decided it was time to find out if my sister had instilled any Pittsburghese in the little Texan. Quiz time.

“Daniel, what is a glove compartment?” I asked.

“Uh … ” He shrugged, helpless. Strike one against Marcia. I mentally adjusted my ball-cap and wound up for the second pitch.

“What is the thing you push around in the grocery store?” I asked while warily eyeing Marcia, who was trying to sink into the brick wall of the house—knowing full well that Daniel was about to swing and miss my thousand-mile-an-hour fastball over the plate.

“Buggy,” I said. “Buggy is the answer we were looking for.” Now, the final question. If Daniel got it wrong, that meant it took 16 years to completely suck the Pittsburgh out of a girl. I underhanded a slow ball right over the plate, letting it practically sit there for an easy homerun.

“What do you call the stretchy things that you use to hold things together?”

Marcia cringed. My sister winced. I internally shouted, “YERRRRR OUT!” My mother made the sign of the cross, which is peculiar in light of the fact that we’re not Catholic—but it was evident we were going to need a priest to exorcise the Texas out of Marcia.

I always thought that once you spoke Pittsburghese, it never left you. But it seems that my sister unintentionally removed it from her lexicon. I wondered if this was the norm. After leaving the city, did all ex-pats eventually start sounding like the rest of America? Apparently not.

Reader Sherry Cluver was born in Pittsburgh but moved to Illinois when she was 2 years old: “My Mom managed to raise me believing in dippy eggs and glove compartments,” she says.

Gina Spinelli is an ex-pat living in Philadelphia and tells this story: “I was asked by a co-worker if I had started working on a project yet. I responded with ‘No, j’ew?’ You and I know that I was saying ‘No, did you?’ However, this gentleman thought that I said ‘No, Jew.’ Unfortunately for me, he is Jewish. That one took some Googling of ‘Pittsburghese’ to explain.”

Stephanie Suwak writes: “I’m now in Richmond, Va., and have a boyfriend who was raised in Hanover County, Va. He’s now starting to use Pittsburghese. One of his favorite words is nebby. So, when I used ‘neb’ in a sentence, he asked, ‘Can you use it like that?’ I laughed and said that it was legal. We then went on to conjugate nebby. ‘I neb, you neb, we neb. He nebs, she nebs, they neb.’”

Stefanie Bausch lives about an hour south of Cleveland. “Much to my delight—and my husband’s dismay (there already is anti-Pittsburgh tension in our home)—I have managed to teach my 5-year-old daughter to redd up her room, use gumbands and that it gets slippy outside when it rains. She also is a Stiller fan!”

Benjamin Schmitt recently returned to Pittsburgh from Detroit: “Having lived away from the ‘Burgh for 22 years, I never really used the Pittsburghese accent, but I could pick it up anywhere. When I met my former editor, Jim Wilhelm, in 2007 at the Detroit Free Press, he said, ‘Tell Bawb to come dahn here.’ I looked up at him and said, ‘You’re from Pittsburgh, aren’t you?’ His response? ‘Yep, Coraopolis. Go Stillers.’”

These ex-pats (and the many others who wrote to me) have proven that taking the ‘Burgher out of Pittsburgh doesn’t mean you have to take the Pittsburgh out of the ‘Burgher. My sister is getting a Pittsburghese dictionary for her birthday every year for the rest of her life, and the next birthday card I send to her son is going to say, “Dear Daniel, I hope yinz are well in Texas, n’at. Have a happy birthday and be good. No one likes a nebby jagoff.”

This article appears in the December 2011 issue of Pittsburgh Magazine.
Categories: From the Magazine, Hot Reads, PittGirl