Of Death and Burgers

“Mumburger,” which is making its U.S. premiere at off the WALL in Carnegie this month, deals with how one digests grief. 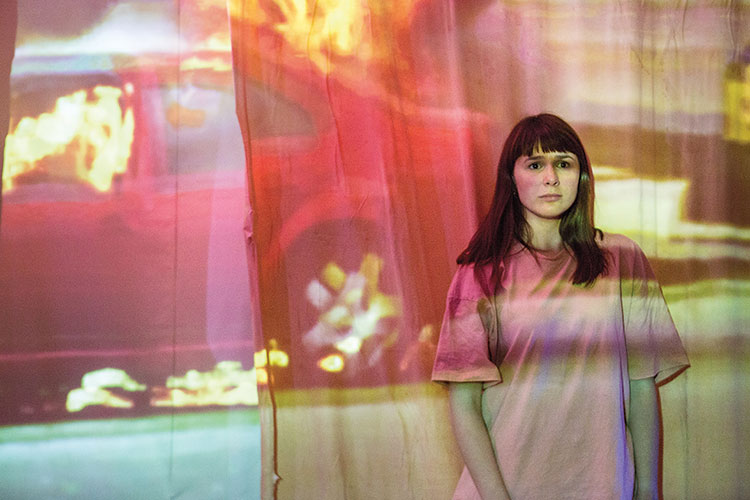 If your mother left you instructions to eat her after she died, would you?

Such is the premise of Butler native Sarah Kosar’s “Mumburger,” which will make its U.S. premiere this month at off the WALL productions in Carnegie.

“Before you go into the play, if you say to someone: ‘Would you eat somebody you love if they asked you to?’ they’d say, ‘No, are you crazy?’ After the play, I hope they’d say, ‘Maybe, not yet, but I can understand why someone would do it,’” says Kosar, 31, who has lived in London for nearly 10 years and is currently on an Exceptional Promise in Playwriting visa.

In “Mumburger,” the main character, Tiffany, must deal with the sudden death of her mother, who is killed by a Birds Eye frozen food truck on the M25 motorway that circles London. What she and her father don’t know is that Tiffany’s mother, Andrea, a vegan eco-warrior, arranged for her body to be turned into burgers and delivered to her (also vegan) family to eat after she died.

“I think there’s lots of kinds of stories about grief and how do you deal with it. I was interested in this metaphor with how you digest grief, literally,” Kosar says.

When Kosar was growing up, she wanted to be an actor, so she attended the Pittsburgh CLO Academy and took part in a pre-college summer program in theater at Carnegie Mellon University. She received degrees in theatre and film at Penn State University and fell in love with London while studying abroad. After graduating, she and her husband, Sam, moved there.

“Mumburger” originated when representatives from Three Streets Productions saw a reading of one of Kosar’s plays, “Spaghetti Ocean,” at the Royal Court Theatre in London and commissioned her to write a play about climate change. Thinking about climate change took her to question: How far would you go for somebody you loved?

“I’m quite a metaphorical writer,” Kosar says. “I’m also really interested in: How can theater be as alive as possible? Theater competes with so many at-home mediums now. If I’m going to get up, put myself together, go sit in a room with strangers, it has to be an experience — something I can feel in my bones and can’t be experienced any other way. 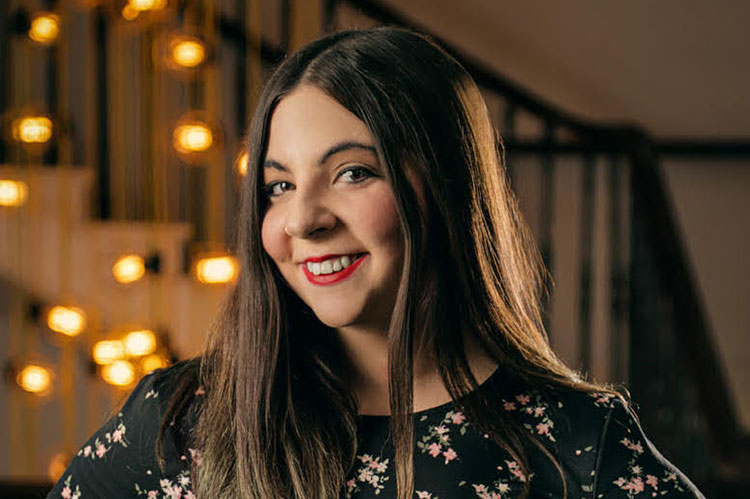 “I would describe the play as probably equally humorous and horrific, and you know that it’s gross and also that it’s touching,” Kosar says. “I think what I was really excited about is, in past productions, there’s somebody in the audience who’s laughing next to somebody who’s crying, which I think is how we deal with grief.”

Three Streets didn’t think “Mumburger” was quite what it was looking for, but when Kosar passed by a sign for The Archivist’s Gallery on her walk to work (Kosar is head of talent at music tech startup ROLI), she noticed they hosted comedy and other performances. She proposed the theater take her on as an artist-in-residence; “Mumburger” was first produced there in 2016 and transferred to the Old Red Lion Theatre in 2017.

“Now being able to come home with the play is so amazing,” Kosar says. “I’ve been saying to people, ‘It’s like my little moment.’ I grew up being bullied, not quite fitting in, and now I get to have that little moment of coming home and doing that thing I’ve always dreamt of doing in that place I was maybe told I couldn’t.”

The play is about a smart furniture company, run by a man named John, whose flagship product fails. The man realizes: everyone loves women right now, why don’t we make something for women? He decides to call it the women’s room: The womb.

He appoints the five women in his 300-person company to create and build it. When John stubs his toe, putting him out of commission, the women have to grapple with the concept and figure out what women want.

Ultimately, Kosar says, the play is a metaphor for how women build and facilitate structures that oppress them.

Kosar also has a play set to premiere in 2020 at the Soho Theatre called “Human Suit.”

“It’s about, how does a woman’s body betray her in marriage, work and medicine?” she says. “I think it’s about how women aren’t always in touch with our bodies … So the main woman, her body is personified, and everything she’s doing her body is interrupting her.”

Off the WALL Executive Artistic Director Virginia Wall Gruenert says she was drawn to Kosar’s work because of its bizarre nature and because off the WALL’s mission is to empower the female artist.

“I read ‘Mumburger’ and read up on how it was being received in England and what it was about … and I said, ‘This is perfect,’” Gruenert says. “She’s so much a part of our mission that it was a no- brainer.”