Pandemic Changes, But Does Not Weaken, Remembrances for Tree of Life Victims

October 27 marks two years since a gunman killed 11 worshipers at the Tree of Life Synagogue in Squirrel Hill. 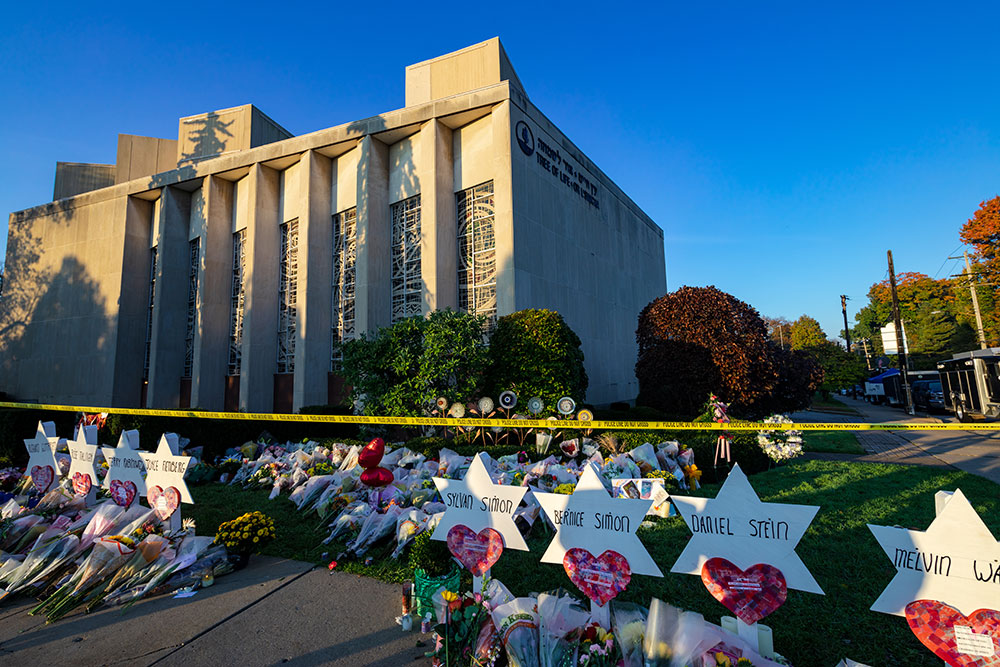 Two years after the lives of Joyce Fienberg, Richard Gottfried, Rose Mallinger, Jerry Rabinowitz, brothers Cecil and David Rosenthal, husband and wife Sylvan and Bernice Simon, Daniel Stein, Melvin Wax and Irving Younger were taken by a heavily armed gunman on a Saturday morning at the Tree of Life Synagogue, the building remains closed for worship. The three congregations that had gathered there, Tree of Life, New Light and Dor Hadash, had been hosted at nearby synagogues until pandemic restrictions disrupted those services.

At first, Tree of Life congregants wanted “to know when we’d get back in the building,” Carol Sikov Gross, president of the congregation tells the Pittsburgh Post-Gazette. “Now it’s like, ‘When are we going to be able to have services in person again?’ They want to see their fellow congregants. We’re using Zoom and it works really well. But you do still miss something when you’re not physically present with people and sharing a snack after services.”

The pandemic is changing some of the ways the two-year mark of the massacre is being marked.  Last year’s Torah studies and a service of remembrance at Soldiers and Sailors Memorial Hall and Museum will both be held online via Zoom. Outside Tree of Life, members of the three congregations have volunteered to be sidewalk ambassadors to greet individuals who, like many did last year, might pay their respects in person.

Information on other community commemorations can be found on the 10.27 Healing Partnership website. The organization is dedicated to providing resources, activities and other help for those dealing with the aftermath of the tragedy.

“Some of us, as a collective, are still healing,” Audrey Glickman, who survived the attack, tells the PG.

Mayor William Peduto is asking everyone to observe a moment of silence and reflection at 9:54 a.m. Tuesday, Oct. 27, exactly two years after the shooting.