Here’s what’s hot in the New Year and how to incorporate these trends into your home, courtesy of the experts. 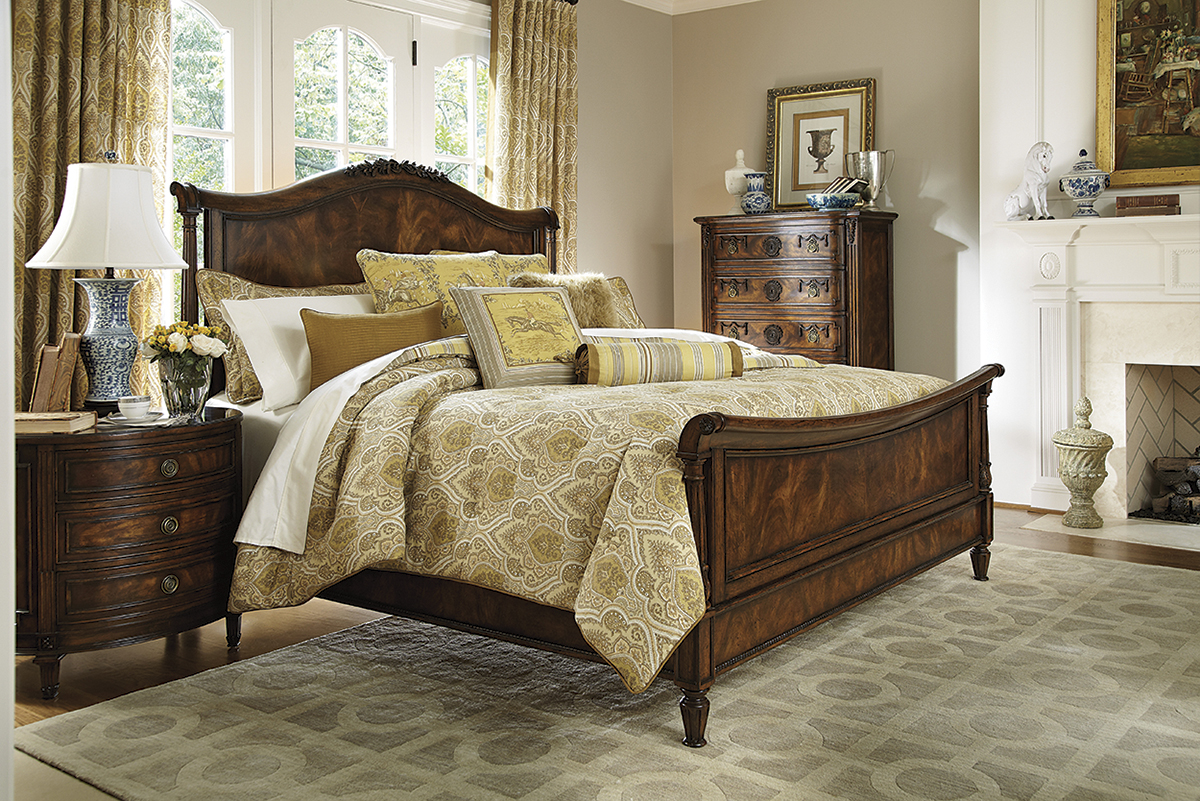 It’s the fashion week of the furniture world.

Featuring upholstery, chairs, lighting and every accessory imaginable, the show — billed as the largest in the world — serves as an indicator of the home trends and colors that will be popular in the coming year.

“It’s wonderful, just wonderful,” says Laura Kirich, owner of Artistry in the Strip District. “You see the most exquisite things, the gaudiest things, the cheapest things and everything in between. It’s just amazing.”

Kirich was among a number of Pittsburgh-area retailers to attend High Point’s fall show in October, where they learned which pieces, patterns and finishes will be hot in 2015 and how to incorporate them into your home. 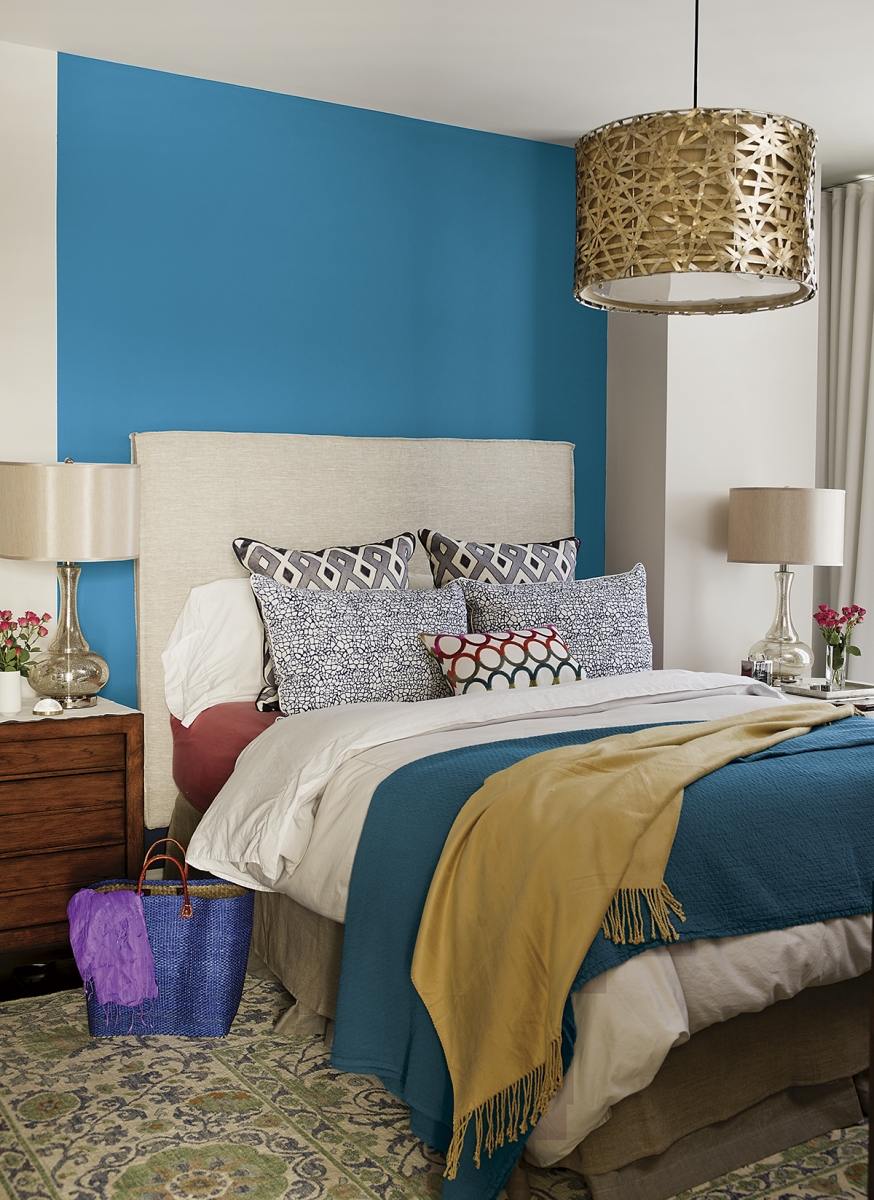 Feeling Blue and 50 Shades of Gray
At each market, there’s a standout color that trend makers predict will be in demand in the coming year. This year, that color is blue.

“Blue is going to be the way to go,” says Greg Powell, vice president at Today’s Home and Designer Furniture Outlet, which have locations in Green Tree and the North Hills.

Powell says he sees soft grayish-blue tones trending, while Rose Smith, one of the owners of Hot Haute Hot in the Strip District, likes deep, moody blues paired with indigo and jade to match the eclectic vibe at her boutique.

“We always look for color,” she says.

The experts at PPG Pittsburgh Paints have chosen Blue Paisley, a not-quite royal shade of blue, as its 2015 color of the year. According to the experts, the cheerful blue has a bohemian flare that reflects positivity and possibility.

The famed Pantone Color Institute also is predicting a cool palette and soft colors for the New Year. In the institute’s fashion color report for spring 2015, Executive Director Leatrice Eiseman says the cool hues — paired with warmer shades — take inspiration from nature. The inviting and ethereal colors provide a soothing escape from reality, she says.

On the other side of the color spectrum, Pantone is leaning toward warmer shades that seem to be inspired by comfort foods: among them are Toasted Almond, Strawberry Ice, Tangerine, Custard and Marsala — the institute’s 2015 pick for color of the year.

And, as the millions who have bought “50 Shades of Grey” can attest, the color gray is red-hot.

Perry Sigesmund, co-owner of PerLora furniture store, says the neutral hue is pleasing to the eye as well as easy to accent with other colors. Shades of gray, which he calls “very nice,” can be found throughout PerLora’s showrooms in the South Side and the Strip District.

“I’ve kind of been using the phrase ‘Gray is the new black,’” Sigesmund says. “There are a lot of different flavors of it.” 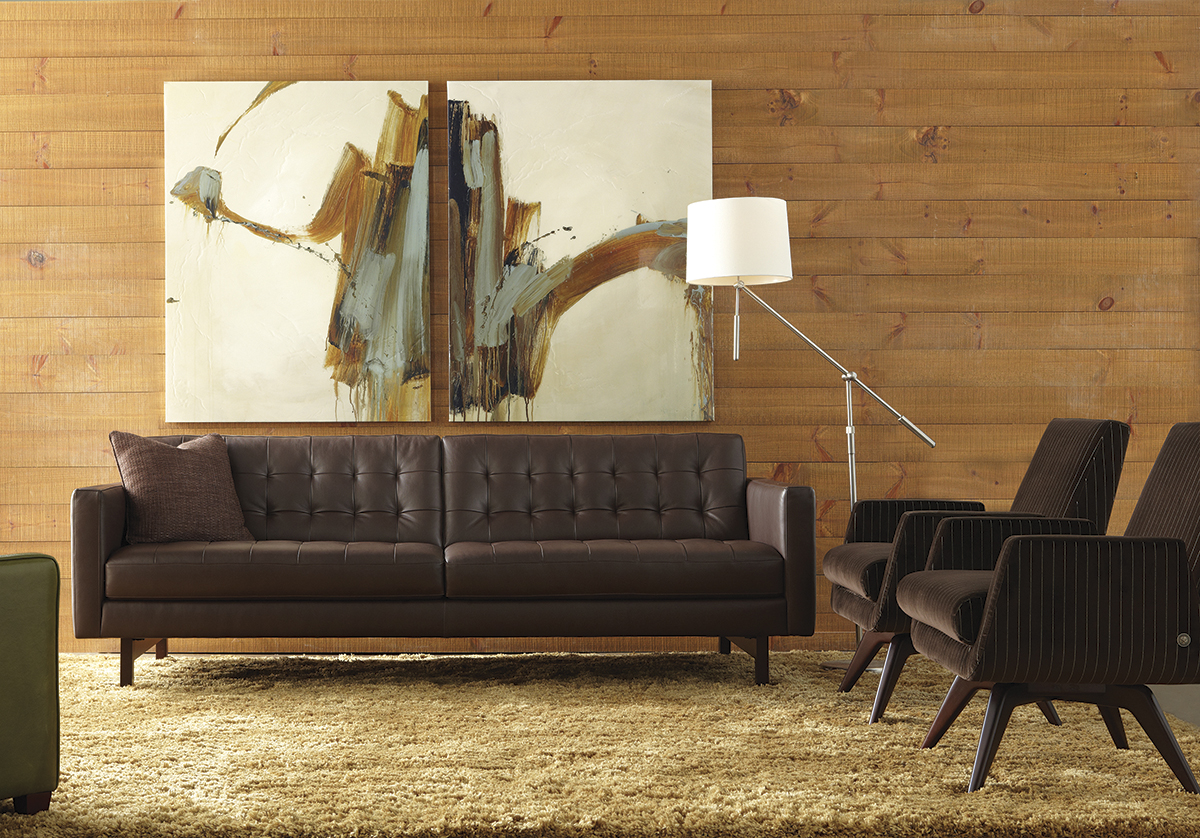 “We think the industry is moving away from that,” he says of the utilitarian look. “Which is good for Pittsburgh because it’s always been a more traditional market.”

The reappearance of sophisticated, mid-century modern design can be partially credited to the stylish 1960s-era television drama “Mad Men,” which is wrapping up its final season on AMC, he says.

One of those traditional elements to re-emerge from 1980s and ’90s purgatory is gold, particularly as finishes on dining room tables, accent tables, lamps and other accessories.

This isn’t your grandmother’s gold hardware. The new gold and brass goods can add a sleek and classy touch to the home, Powell says.

“Until two markets ago, you would not see gold,” he says. “It would almost be tacky. But the gold and brass they are bringing back is very clean. It’s lovely.” 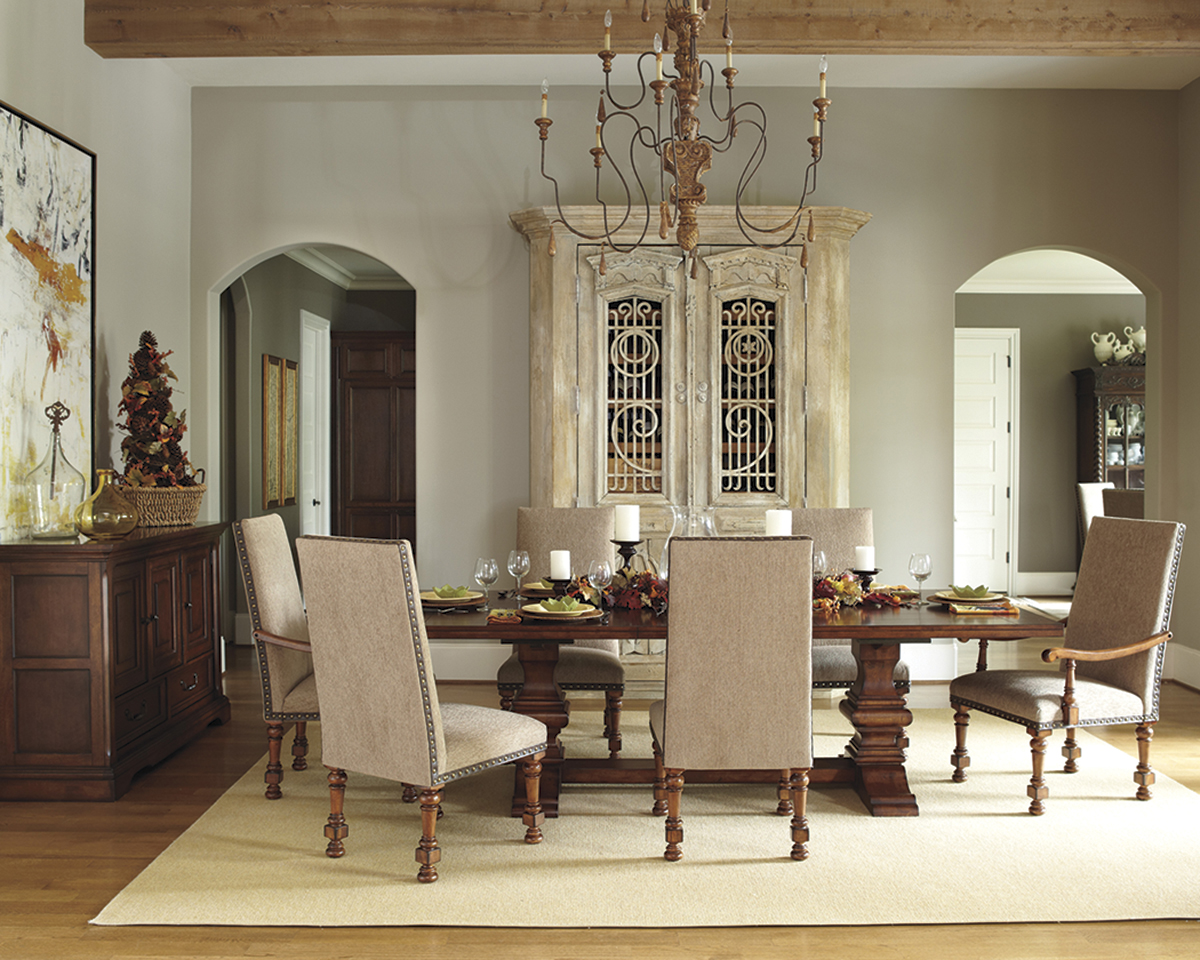 Furniture Favorites
Some of Sigesmund’s favorite items from the High Point Market include chic glass-top tables in different colors.

Walnut finishes also are in for 2015, he says. He especially loves the sleek contemporary furniture set atop walnut legs he spotted at the American Leather showroom at the market, which he picked up for his own stores.

“I think it’s one of the best new introductions I’ve seen in a long time,” he says of the American Walnut Collection by American Leather. “I think it’s just so special.”

Furniture made from reclaimed wood also remains big, she says. As an example, she now carries at Artistry a table made out of mesquite wood taken from an old mission. That unique piece also has oxen-yoke legs.

Also fashionable for 2015 are pale, washed woods in light colors that show the wood grain underneath it, according to Kirich.

At Hot Haute Hot, Smith and co-owner Keneva Kennedy like metallics mixed with rustic pieces to give a room a luxurious, organic feel. Industrial, functional pieces continue to be popular, according to the owners.

“It’s a fond way for Pittsburgh customers to embrace our city being built from steel,” Kennedy says. 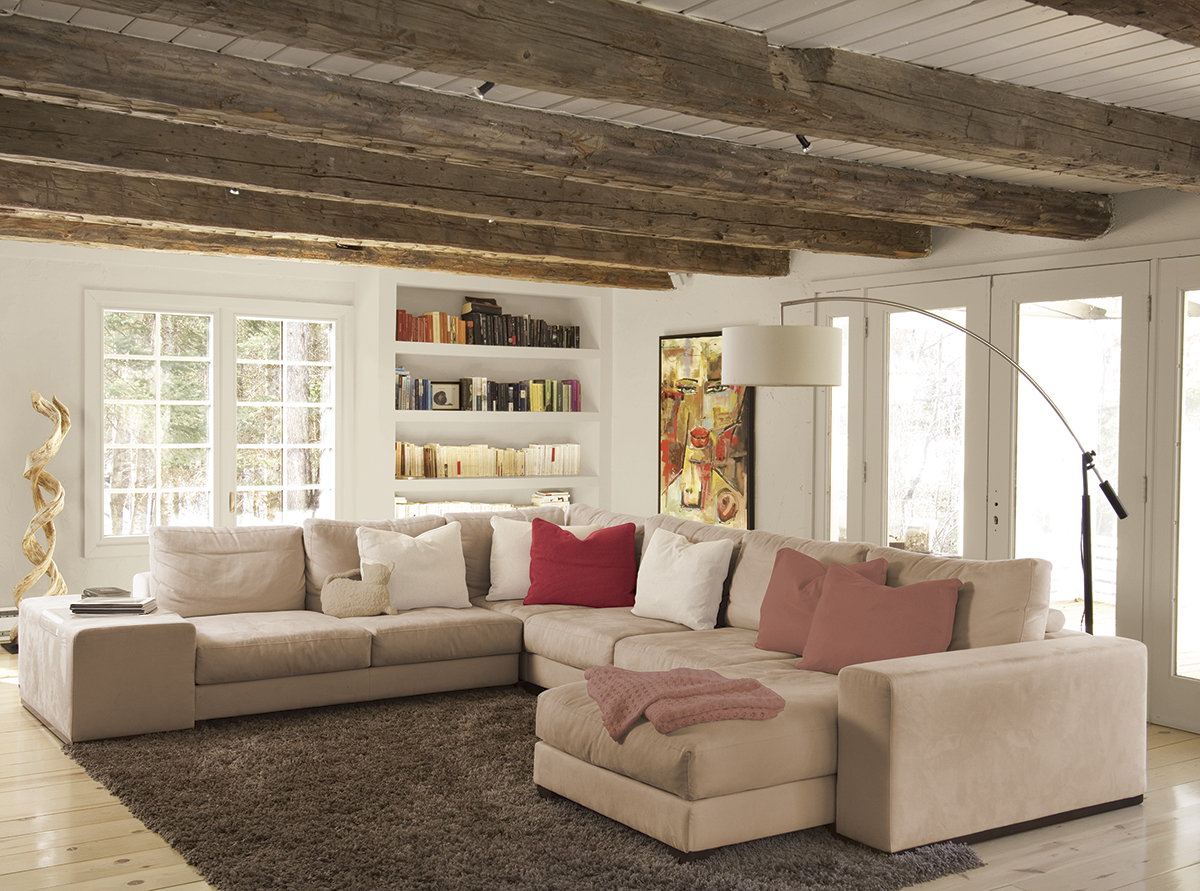 Bringing 2015 Trends to Your Home
To incorporate any of the year’s hot hues into your home, Kirich recommends adding bursts of color to neutral pieces using pillows, wall decor and other accessories.

When updating a room, Smith and Kennedy advocate mixing things up.

“If you have that gray sofa and need a current touch, throw a beautiful over-dyed kilim rug in a jewel tone under it,” Kennedy says. “Turkish pillows that are tripping in color will add a refreshing feel.”

Sigesmund also notes that any trend can be integrated into a room by designing around furniture you already own. The addition of area rugs, artwork and other pieces can make a room blossom, he says.

“We never want to say that a finish is out because we can incorporate a little bit of the new with what [customers] already have,” he says.

To bring drama to any room, Sigesmund suggests adding a burgeoning floral arrangement. An array of interesting vases also can highlight a fabulous dining table.

For a dash of trendy gold, Powell likes chunky yet sleek tabletop pieces, including a fun solid brass owl.

“Accessories are a huge way to add color and pop,” he says.

This article appears in the January 2015 issue of Pittsburgh Magazine.
Categories: From the Magazine, HOME + Design