Now the Crazies are Coming for Mister Rogers 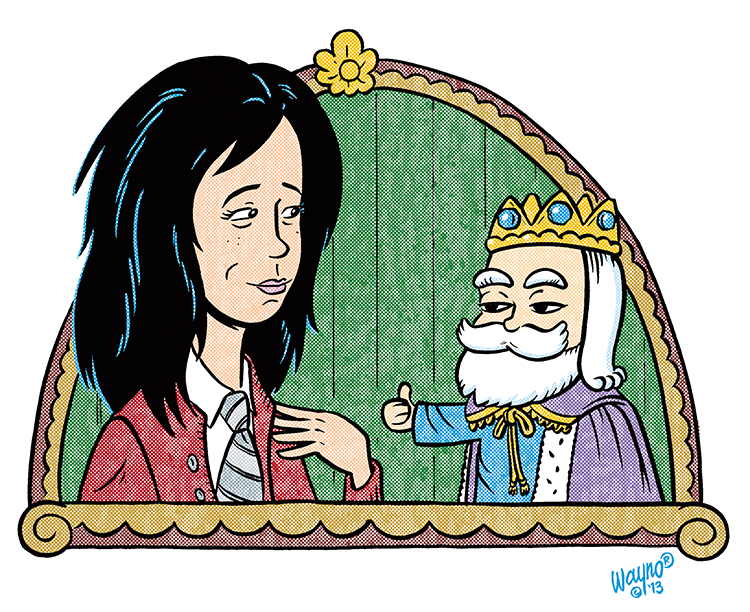 Not many iconic figures were as widely respected during their lifetime and after their passing as Mister Rogers. You’ve got Jesus, sure. Mother Teresa, naturally. Roberto Clemente, absolutely. Each had his or her human moments, similar to those you or I might have had. Eat’n Park is out of Splenda? *table flip*

It’s got to be one of the most satisfying feelings.

Surprisingly, this is not a column about table-flipping. I’ll save that for the next time a Steelers player is arrested.

Back to my current topic: Despite human moments, Mister Rogers, Mother Teresa and Roberto Clemente are on the short list of humans widely revered for their goodness, generosity and love. Saying bad things about any one of them is an activity partaken in by those who would readily punt a baby panda holding a baby penguin.

You can add Fox News to the list of “panda punters,” as the network’s morning-show team — recorded on a 2008 video that has recently become viral again — once spent six minutes calling Mister Rogers an “evil, evil man.”

Why? Because he spent his life telling kids they were special. What a colossal jerk.

The logic of this occasionally levied Mister Rogers criticism goes like this: “If everyone is special, then no one is special. Mister Rogers is why American children are floundering in school and life. They’re entitled, lazy brats who think they’re special just for getting out of bed in the morning.”

After age 3 or so, kids have their entire lives to understand that they have to work hard to be “special.” They’ll likely spend their time in Little League and dance classes learning from (often) overzealous coaches, instructors and parents that they need to be more special. They’ll hear from bullies that they’re “nobody special.” They’ll be looked at as lesser humans whose opinions don’t count for much and whose words are worth only a half-listen coupled with an absent-minded nod.

I’m guilty of that, too. I’ve been known to bust out the half-listen and absent-minded nod as I hear, “The Yeti could be real. The bones could be up on Mount Everest somewhere, and that’s why they haven’t been found. Is Bigfoot a Yeti? Justin Bieber is so annoying.”

Suddenly, I’m hearing Charlie Brown’s mother, and my head is nodding up and down like a discarded Joel Hanrahan bobblehead.

Kids grow up knowing they’re low on the totem pole. Choices are limited. Freedom to just be is tempered by cultural restraints. They’re placed in boxes: “You are a girl. You will like pink, purple and these three aisles in Target. You will get the ‘girl toy’ at the drive-thru. Get in this box that I have bedazzled for you; it’s filled with Barbie dolls and Hello Kitty press-on nails. And you are a boy. You will like sports, NERF guns and armpit farts. Here is a box of dirt and worms. I buried some Matchbox cars and G.I. Joes in there. Hop in.”

But what about the girl who wants to play with dirt instead of Barbies? Or the boy who wants to play the violin instead of third base? They’re special, too, and that’s what Mister Rogers was telling us as children. He was saying, “Screw the box!” Jump out of its cookie-cutter confines and run free to whatever your heart loves because doing that is what will make you special — embracing and accepting you.

A row of girls in pink boxes and boys in dirt boxes is not special. Adolescents who feel loved, appreciated and valued for who they are, outside their boxes, end up being special adults. Not lazy and entitled.

Mister Rogers never said, “Who cares if you flunk out of school? You’re special!” He said, “It’s OK to be who you are — because who you are makes you special.”

The American education system is the reason many Chinese children outscore ours. Trying to blame one bit of it on the legacy of Fred Rogers?

This article appears in the September 2013 issue of Pittsburgh Magazine.
Categories: From the Magazine, Hot Reads, PittGirl