A Murrysville security company has installed the new cameras, which provide sharper images of the Hays eagles. 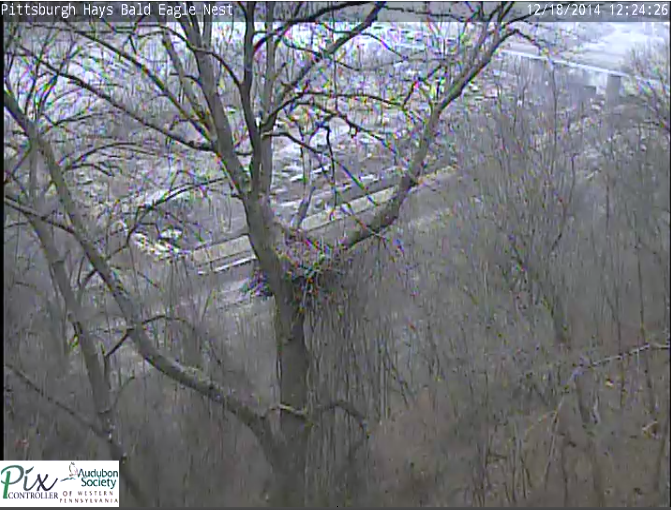 The spotlight is shining again on Pittsburgh's resident bald eagles.

The eagles, in their nest high in a tree overlooking the Monongahela River in Hays, are a certified Internet sensation.

It seems people couldn’t get enough this spring and summer as the pair’s three eaglets emerged from their shells, tasted food for the first time and eventually learned to fly.

The Pennsylvania Game Commission took down the camera when the eaglets flew off in late summer, but the parents have remained in their nest, according to the Pittsburgh Post-Gazette.

The PixController security-camera company has now installed two, new video cameras as part of a new partnership with the Audubon Society of Western Pennsylvania.

The goal was to have the cameras in place before mating season, which is expected to begin in mid-January.