Come for the nostalgia, stay for KDKA’s John Cigna being kidnapped via helicopter. 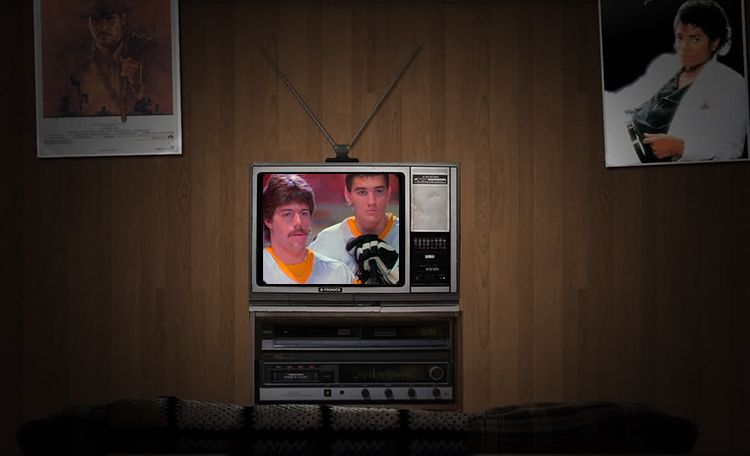 Commercials used to be better. Now, don’t get us wrong. With digital editing, winking irony and ingenious special effects, commercials made today are more seductive than ever. But it’s easy to look back fondly on the more earnest, often unintentionally campy spots that used to be a staple of TV advertising.

That’s why we scoured YouTube and found some old commercials you’ll surely enjoy.

#Get to the Chopper!

Relax, nobody actually kidnapped KDKA’s John Cigna for the shooting of this airborne promo spot.

Cigna and co-host Perry Marshall also star in this slapstick gem from 1986.

We all remember the 1984-1985 season because it marked Mario Lemieux starting his path to his status as a hockey legend. But we propose elevating the memory of the 1984 Pens for another auspicious reason: this promo clip.

When you think of Heinz Ketchup commercials, you probably think first of the company’s $4 million Super Bowl commercial that aired earlier this year. But really, that was just the latest of many marketing coups the company has pulled off over the years, as these two commercials from 1987 show.

Before “Friends” catapulted Matt LeBlanc to fame, the young actor was showcasing his savoir faire in this commercial.

The French must have agreed that LeBlanc brought a certain je ne sais quoi to the world of condiment advertising — the commercial won a Gold Lion at Cannes the year it aired.

Then there’s this ad from the same campaign. It hits all the marks for a great ’80s commercial: catchy disco-style background music, outraged old-timers and over-the-top romantic tension.

Whether or not you were around for the actual decade, you’ve probably lived through an ’80s-themed night out. But this old WTAE promo will make you nostalgic for a side of the decade that hasn’t been turned into an Adam Sandler movie. Neon leg warmers, music videos and excessive shoulder padding are all conspicuously absent from this tasteful 1981 WTAE promo, which makes it look as though the ’80s were a time when all the kids were into ballet and old-fashioned trains.

Let’s all agree to remember this version of the ’80s.

The Internet and DVRs have left us with such short attention spans. Advertisers are now forced to jam in as much innuendo and multilayered reference to pop culture as humanly possible to keep us from fast-forwarding or clicking the next link.

But remember when companies' ads told you what they did? There was a time when writers actually expected you to pay attention. If you miss that straightforward era, this hard-hat-clad actor from a 1971 U.S. Steel commercial has a message for you.