Six picks for your pre-game, post-concert or anytime relaxation on the North Shore, ranked from good to awesome. 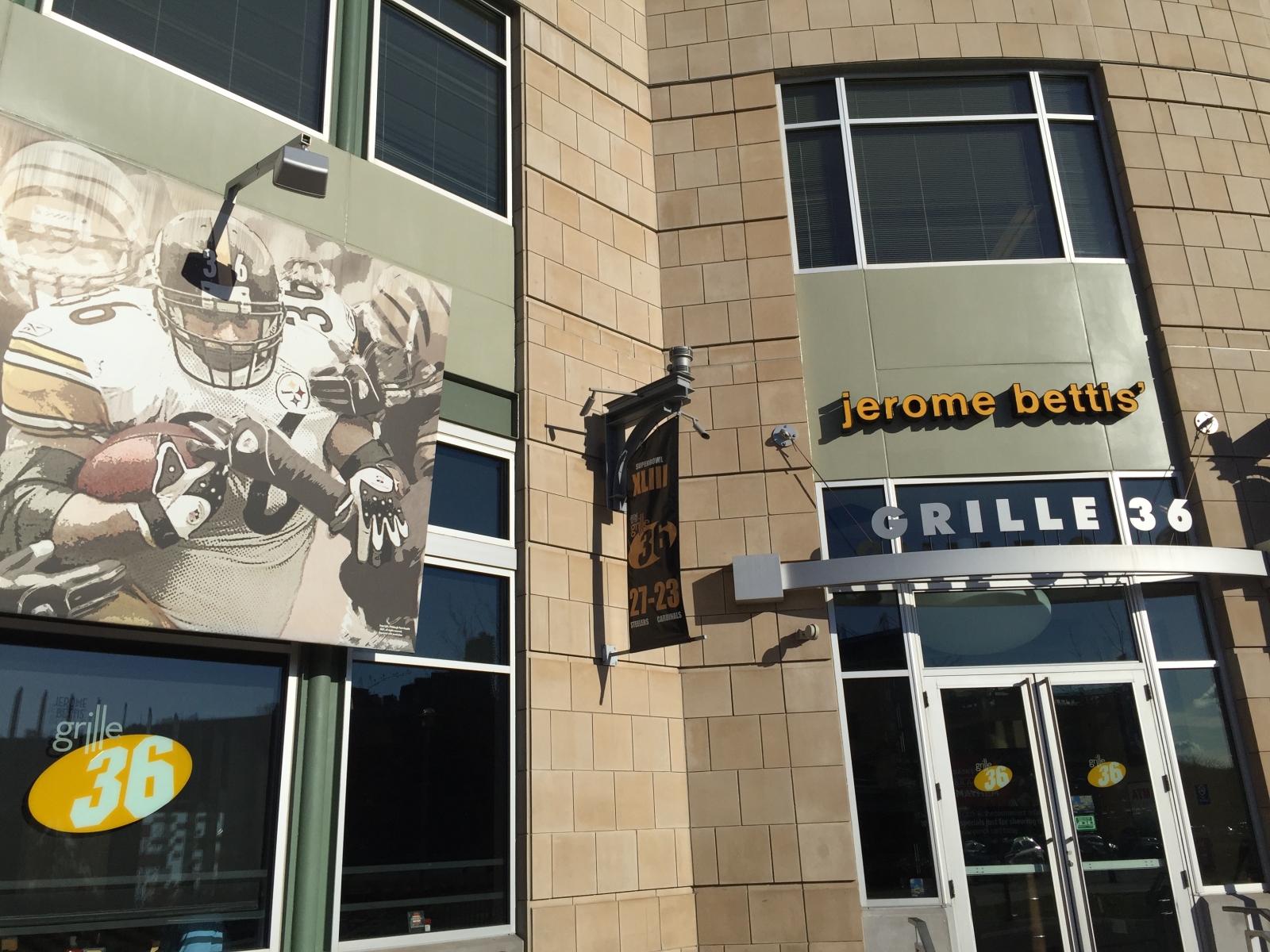 While some parts of the city begin to slow down as summer winds to a close, the North Shore enters one of its busiest periods. With baseball yet to play at PNC Park and both college and professional football returning to Heinz Field, sports fans continue to make the northern banks of the Allegheny a consistently bustling place; add in concertgoers at Stage AE, families visiting the Carnegie Science Center and a parade of walkers and joggers along the riverside, and there is no lack of activity in this corner of the city during the dog days.

For many, that means spirited tailgating, but I am among those who prefer to lead into a game or wind down from a concert with a menu in hand. Thus, I thought I’d take a moment to pen some power rankings for North Shore hangouts. This isn’t meant to be an exhaustive list, as there are a great many pubs and restaurants worthy of mention in the area; rather, I’ll present my picks as a Top 6. (I wanted to limit it to a Top 5, but couldn’t exclude any of the following.)

I’m stretching it a little bit at this point in the list, as the iconic Clark Bar is actually a few blocks removed from the riverfront proper. But the stalwart watering hole is the only entry on this list that hosted pre- and post-game celebrations at Three Rivers Stadium as well as its successors, and there are few places that more loudly scream “Pittsburgh.” If you’re after a burger, an Iron City and some undeniably ’Burgh atmosphere, this should be your choice.

Biggest Advantage: With the masses congregating among the newer establishments, you shouldn’t have to fight a crowd to get a beer.
Biggest Disadvantage: Parking is limited and it’s a bit of a hike, across highways, from wherever you’re going to or coming from.

The sprawling bar and restaurant named for the Steelers legend has an array of satisfying pub grub, a bunch of good beer and a convivial, sports-bar atmosphere. It predates many of the nearby establishments but has continued to thrive by keeping quality high. (And things named for famed Steelers do tend to do well around here.)

Biggest Advantage: It’s a sports bar, so you can keep up with action from around the league (any league) with ease. No tickets? You’ll see the game just fine from here.
Biggest Disadvantage: The massive size of the joint, combined with the desire of many Steelers faithful to make it part of a pilgrimage, can make it a bit chaotic on game days.

The upscale steakhouse within a stone’s throw of PNC Park is more frequently thought of as a special-occasion destination. But if you’d like a filling, top-notch meal and a bottle of wine before the game, it’s hard to do better nearby. Sometimes you want a hot dog and a beer out of the cooler; other times, you want a night out in style. Don a jacket and class up your evening.

Biggest Advantage: Quality. The steaks and seafood at Hyde Park will leave you full and happy, and the atmosphere is just right if you’d rather wind down in peace at the end of the night.
Biggest Disadvantage: A trip to Hyde Park will likely cost as much, if not more, as the tickets to whatever drew you to the North Shore in the first place.

It’s rare that I wouldn’t be happy to have a mouth-watering burger and a spiked shake in front of me. The still-new North Shore outpost of the popular chain boasts a bustling bar, table seating and an outdoor area for nights with great weather, and you can fill up for less than you’ll spend at many of the neighboring establishments.

Biggest Advantage: Did I mention the booze-infused milkshakes? I did? Well, they bear repeating.
Biggest Disadvantage: Burgatory is popular, and it’s not all that big. On a booming night, you might have a tough time getting in.

Variety is a good thing. At Rivers, even those disinclined to roll the dice or play the slots will find a number of options for their warm-up or cool-down. Grab a mountain of food at the Grandview Buffet, a cocktail at Drum Bar, a filling and indulgent meal at Wheelhouse or even a simple cup of coffee.

Biggest Advantage: While it isn’t the case for Steelers games and key Pirates matchups, parking is often free at the casino, which can solve a big problem when making plans.
Biggest Disadvantage: The casino is a bit farther from the stadiums and Stage AE than you’d think. Plan for a bit of a long walk, or avail yourself of one of the pedicabs that congregate around the entrance.

The best of all worlds. Rivertowne’s food menu balances favorite indulgences with actual sensible choices, their in-house beer options are nothing to scoff at (and they have a good lineup of drafts from other breweries), there’s enough space to accommodate the crowds and they’re right in the middle of the action. All the spots on this list are worthy of your time, but if you need a go-to, this is it.

Biggest Advantage: It’s nearly impossible to share a bevy of snacks, have a few rounds of beer and leave Rivertowne anything less than happy.
Biggest Disadvantage: You may not want to leave.