The piano was removed by the county about a week after it appeared in the park. 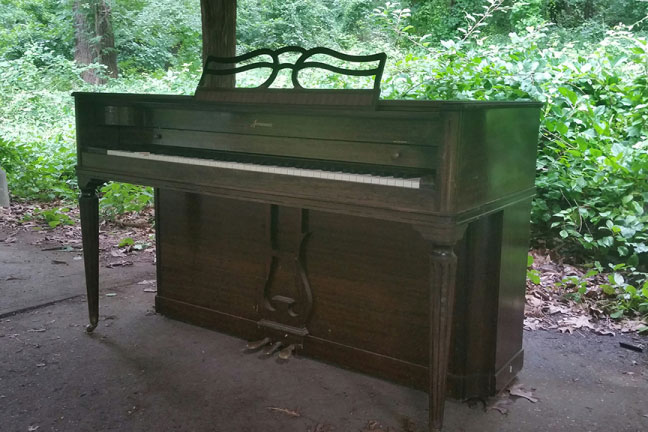 Pianos are expected and enjoyable fixtures in concert halls, fancy restaurants and hotel lobbies — so many Pittsburghers were pleasantly surprised when one popped up in North Park.

The spinet piano was placed beneath a pavilion near Pie Traynor Field alongside a mountain bike trail, according to KDKA’s David Highfield. No one was sure how the piano, which was first noticed sometime last week, got there or who dropped it off. 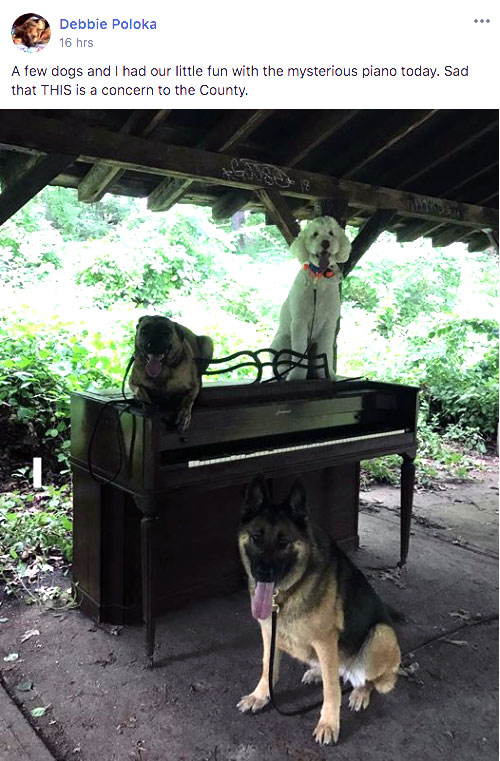 The instrument generated buzz on social media, especially in Facebook groups related to North Park such as North Park Trail Runners and Friends of North Park. Members posted popular pictures of themselves singing and playing during breaks from biking and running. Others put up pictures of their dogs trying a hand, er, paw, at tickling the ivories.

But despite the joy the piano brought park goers, Allegheny County Officials told KDKA that the instrument had to go.

“While most people value our parks, there are some who unfortunately dump unwanted items and unwanted animals in our parks,” the county’s statement said. “The piano can’t remain where it is, so the county will have to bear the cost of removing it.”