The restoration of the iconic Noah’s Ark whale entrance came just in time to be the backdrop for this Pittsburgh couple’s wedding. 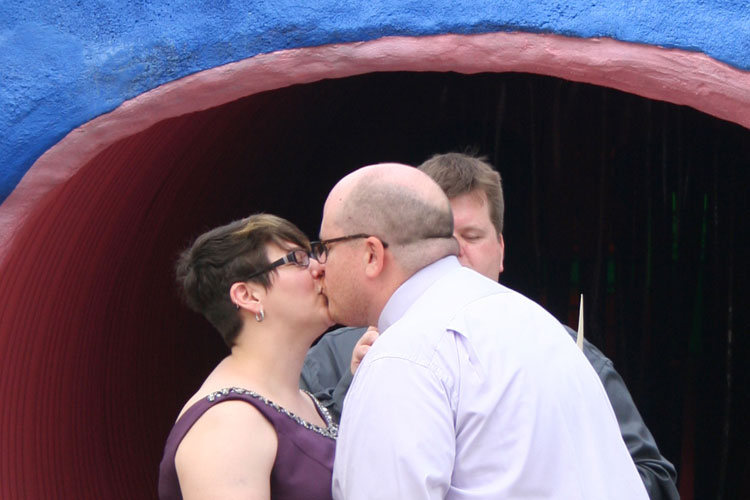 Katie Hollis and Chris Wilson did not want to take the usual route of getting married at a church or a banquet hall. Though they explored several options and even toyed with the idea of saying “I do” at a movie theater, they settled on a venue that was special to both of them — Kennywood Park.

A beloved destination for most anyone who has grown up in the Pittsburgh area, the 117-year-old amusement park also is where Chris and Katie made many memories as children, well before the two even met. Chris often would visit the park with his aunts during weekend trips, and Katie rode her first roller coaster there during one of many visits with her family. The park also had an impact on their teenage years – they both visited Kennywood as after-prom activities in high school.

Kennywood also is home to the newly restored whale entrance at the iconic Noah’s Ark attraction — a happy coincidence for the couple who had been wishing for the whale’s return. They scouted the area next to the carousel as the original choice for the ceremony but discussed how great it would be to get married in front of Noah’s Ark, if only the whale were still there. When the couple learned of the restoration, they knew it would indeed be the perfect spot. 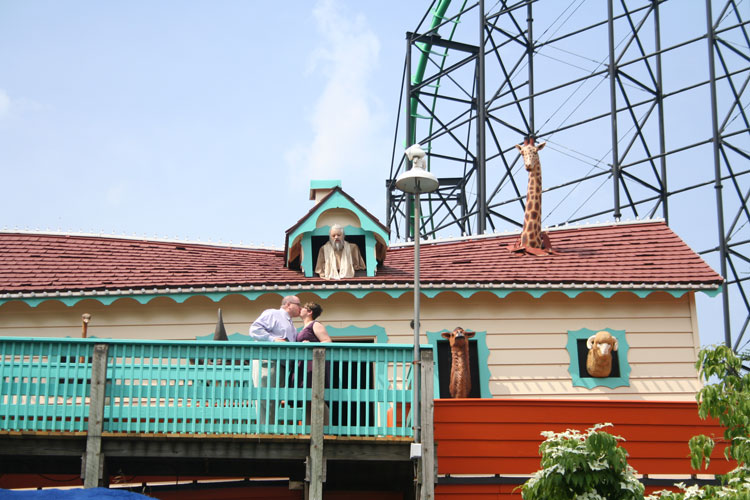 Of the approximately 90 guests who attended the wedding, most came from around the region and were able to relive their own memories in the park. Others, however, made a lengthy journey for their first glimpse of Kennywood.

“We had some amazing family and friends come from Florida, Texas, Nevada and Minnesota,” Chris says. “It was really exciting to see the people who had never been to Kennywood get their first taste and to see people who had lapsed in their attendance really enjoy the sights of the park.”

Katie and Chris said their vows at the mouth of the whale, with the help of Chris’ brother, who officiated. Afterward the two were the first ones of the day to walk through Noah’s Ark. After the ceremony, guests made their way to the carousel, which Kennywood staff had cleared out and ready for them to take a special ride. They then scattered into the park to experience all it has to offer. 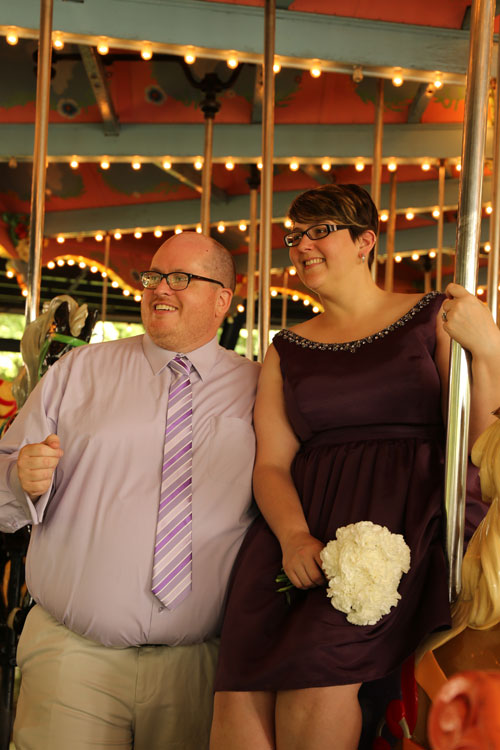 Nearly all of the couple’s guests stayed in the park after the ceremony, exploring the area and enjoying the reception, which was held in a pavilion behind the Jack Rabbit. The newly married pair said it was the perfect venue to keep stress levels low.

“We didn’t want anyone to have to get dressed up and struggle with finding seats,” Katie says.

The couple also says the simplicity of the ceremony allowed them to bypass dealing with issues such as caterers and florists.

“Our goal was to have a sweet and simple ceremony, because we’re not built for a lot of pomp and circumstance,” Chris says. 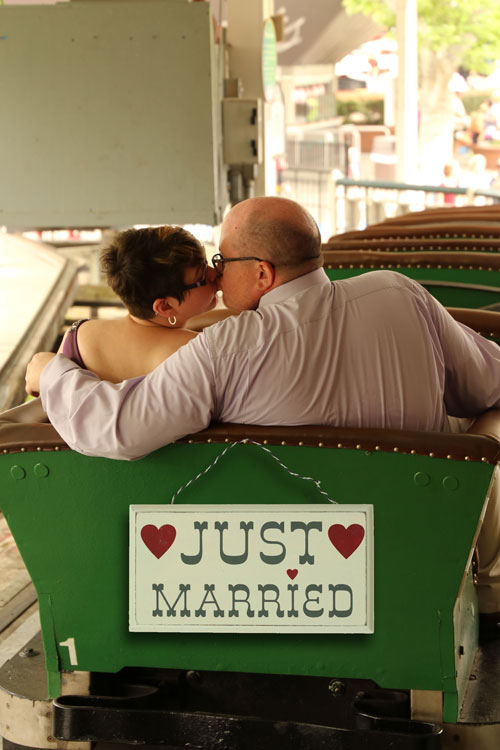 Even though it began to rain toward the end of the reception, leading to the closing of the park, Kennywood staff allowed the couple to finish visiting with their guests and gave rain check tickets to anyone who wanted one. Even with the rainy weather, nothing could put a damper on this day.

“A lot of [park] guests congratulated us and smiled at us as we were taking pictures, so that helped to make it an even more positive experience,” Chris says.

An amusement-park wedding certainly made for a fun and unique day for the couple.

“Hearing the rides and people all day long was a lot of fun too as we walked around the park,” Katie says.