The expansion will provide a permanent home for comedy in Pittsburgh’s Cultural District. 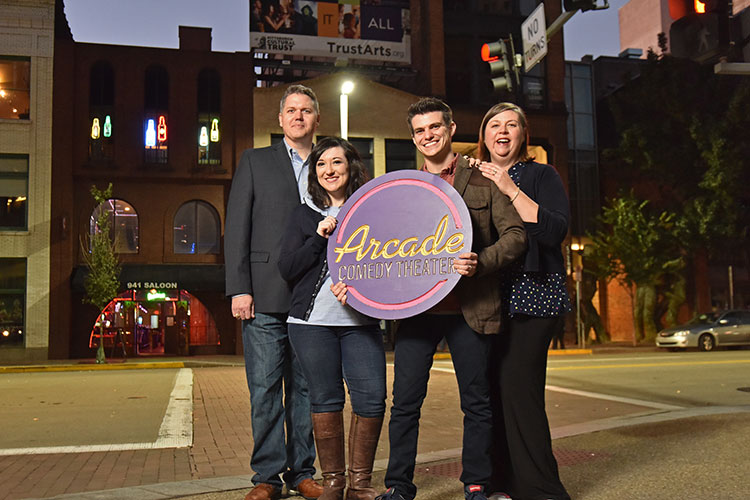 Having outgrown its current location Downtown, the Arcade Comedy Theater announced Monday its plans to move to a custom-built location a few blocks away.

Arcade will lease space at the now-vacant 943 Liberty Avenue.

The Pittsburgh Cultural Trust is renovating the building into a three-floor, two-theater, state-of-the-art performance venue.

“This has been the dream from day one,” says Arcade Creative Director Mike Rubino in a statement. “And that’s no joke.”

The Arcade Comedy Theater opened at its current location at 811 Liberty Avenue in February of 2013. Since then, it has hosted hundreds of shows, earned multiple awards and attracted many national headlining acts.

“The city is experiencing a comedy explosion,” Rubino says, “and we were were a team of passionate, dedicated Pittsburghers ready to work hard, stay the course, and show the city that comedy is art.”

Arcade’s in-house improv program has reached an all-time high of over 90 local performers.

“The past four years have been non-stop,” creative director Abby Fudor added. “But the enthusiastic support from our community and the impact we’ve made in people’s lives showed us how necessary it was to expand to something more permanent.”

Arcade hopes to relocate to its new space in the late spring or early summer of next year. Click here for more updates on the expansion and the theater’s fundraising efforts.