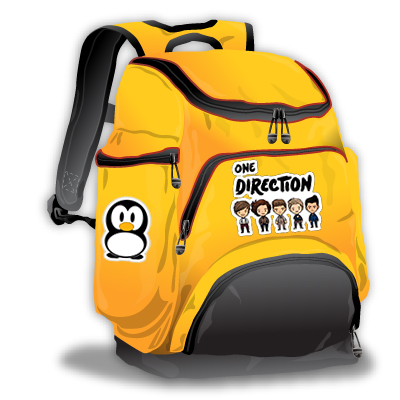 In our post-9/11, post-Columbine world, we err on the side of caution here in America.

The failed “shoe bomber” attack means we never wear complicated shoes to the airport these days because we’re going to have to remove them, and no one wants to be stuck behind the woman trying to get her four-inch stiletto boots off and back on. And leave your belt at home. And your loose change. And your four ounces of water. Three is OK.

Post-9/11 means we not only get searched and scanned and decleated, but we also get intrusively and invasively X-ray scanned to the point that the TSA officer can tell if I’m wearing my “tomorrow-is-laundry-day” granny panties and decade-old maternity bra. Sexy.

Metal detectors in every building. A suspicious eye from security guards if you try to take a picture of a government building. A second glance if you’re wearing the wrong clothing.

And heaven help you if you leave any package or bag of any shape, size or weight near any place at any spot at any point in time anywhere in the vicinity of anything that exists on Earth. I don’t care what it is. A bag of books. A bag of groceries. A box of DVDs. Anything can be a “suspicious package.” Anything can go Kablooey.

I realize it may sound like it, but I’m not whining . . . much. I like being alive, and I like staying alive, and I fear death, and I hate terrorists, and I don’t want my plane to blow up, and I grab my cross necklace and silently sing, “When you walk through a storm …” every time my plane takes off, but I change “walk” to “fly” even though there’s no actual storm other than the storm of fear in my heart. I’m wimpy and proud of it.

No, I’m not complaining about the airports. In fact, I happily remove my shoes. I don’t ever complain as the TSA officer asks me to step inside the full-body scanner. I don’t care that I always get pulled out of the boarding line for a “second look.” I must have a bitchy resting face. (We suffer in silence.)

I get the cautiousness. Human life should be protected from those hellbent on taking it. But there comes a time when the cautiousness is not in the proper proportion to the actual probability of a thing ever happening or happening again.

Yet here we are, deploying bomb squads to blow up bags of gym clothes with the newscasters saying such things as, “It was determined upon detonation that the suspicious package was actually a Tupperware container of leftover rigatoni. Clean-up continues.”

Yes, I know it’s complicated. The Boston Marathon bombing showed us why we should be cautious. But we should be cautious within reason. Although I won’t approach a suspicious bag in a large crowd, I’ll probably approach one in an empty Market Square to see if there’s an owner’s name tag attached — because 99,999 times out of 100,000, it’s going to be something left behind by someone who was just having a bad day. I’d prefer to live my life that way.

In light of this epidemic of cautiousness, we shouldn’t be surprised to hear that when a 6-year-old child unknowingly brought a loaded handgun in his backpack to a Gateway elementary school, the official school response was to sprint right past “overreaction” and head straight for “headless chickens running amok while being tasered . . . in a hail storm.”

The child did what he should have done; he innocently handed over the gun as soon as he realized it was in his possession. The police handled it. The mother of the child is facing charges. End of story?

The district initially had an appropriate response: inform the police, inform all parents of the incident and talk with the students to ensure they know what to do if this type of thing happens again. That was the appropriate, proportionate response.

But then the school decided to ban all backpacks for all children in kindergarten through fourth grade.

NO BACKPACK FOR YOU, YOU 5-YEAR-OLD HOOLIGAN.

As one reader commented on Twitter, “Thank God he didn’t bring the gun to school in his pants.”

NO PANTS FOR YOU!

Or what if he brought it in his lunch bag? Would all the little Gateway School District children be boarding the bus while clutching a smushed sandwich in one hand and a juice box and cheese stick in the other? That example right there should be more than enough to show the district’s decision-makers how ridiculous the backpack ban is.

And hey, if it happened at Gateway, it could happen at any school, right? So every elementary school should ban backpacks. Why isn’t that happening? Because it’s a gross overreaction punishing every child for the inadvertent action of one.

We are at risk every day. You. Me. Your child. My child. Every person in Target COULD have a knife on their person. Every patron at the post office COULD have a concealed gun (in Texas, they call that good manners). Every individual in line at the bank could be planning to rob it. Every bullied child could choose to take violent revenge. Every human you pass could be mentally ill, armed and ready to snap. Every forgotten box or bag could be a bomb. Every passenger could be a terrorist. Every backpack could hide a loaded gun.

That’s the risk we take simply by being alive. And free.

In the post-9/11, post-Columbine, post-Boston Marathon world, we need to walk on with more caution than we once did. But we must not walk this new life with so much caution that it becomes a punishing burden.

Banning backpacks is like cutting down all the trees because one fell on a house in a storm.

Most importantly, you’ve missed the chance to teach them that while life is unpredictable and sometimes, yes, even scary, there is no reason to live in fear.

This article appears in the May 2014 issue of PittGirl.
Categories: PittGirl