This month, see the release of a locally shot (and inspired) movie or check out a 10-day fest featuring flicks of all types. 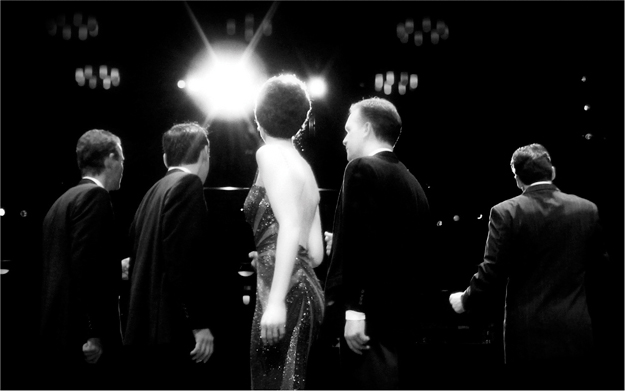 Since I Don’t Have You
The Skyliners were one of the most famous Pittsburgh doo-wop groups of the 1960s and were listed as one of the top 20 doo-wop groups by Goldmine magazine. But unlike their warmhearted songs, the quintet suffered lots of drama.

There’s no one better to tell their story than Gavin Rapp, screenwriter and director of Since I Don’t Have You. Rapp is the son of singer Janet Vogel, whose tumultuous life and tragic end inspired the film. Produced by Winter Morning Pictures, this local indie feature is more than a dramatized biopic; it’s also the story of a young man coming to terms with his mother’s struggles.

Pittsburgh International Lesbian & Gay Film Festival
Oct. 12-21
In many ways, this film festival is like any other: You’ll find shorts, documentaries, and feature-length dramas and comedies. Some flicks were filmed nearby; others were produced as far away as Japan. Taking place during a 10-day span at the Harris Theater in the Cultural District, the PILGFF isn’t even a small film festival. One thing unites all these films: They all have to do with gay, lesbian or transgender issues — but the directors approached their respective subjects in such different ways.

Two separate nights are dedicated to “Women’s Shorts” and “Men’s Shorts,” showcasing all kinds of new and veteran talent — and “Our Shorts” represents the entire LGBT community. PILGFF brings together voices from all over the world. And it goes without saying: Straight folks are more than welcome to attend. Created by the Pittsburgh Lesbian & Gay Film Society, the festival has something for everybody. Visitors can also take advantage of nearby after-parties.

For a madcap Halloween, Pittsburgh reigns omnipotent. We are an overcast city of creepy streets and alleyways. We are the Zombie Capital. And when we decide to dress up and party — well, we know what we’re doing.

If you’re looking for hedge mazes and masked monsters, families can visit dozens of haunted houses — from the high-caliber ScareHouse (scarehouse.com; see our Personal Space column for a behind-the-scenes look) to Phantom Fright Nights at Kennywood (kennywood.com). Whether you’re 5 or 85, these labyrinths of hokey terror are timeless fun.

But for more adult pastimes, you might check out Halloween Pub Crawl Pittsburgh (pubcrawls.com), a colossal citywide festival of costumed partygoers. Created by PubCrawls.com, this ticketed event is a bonanza of drink specials, costumed crowds and wild dance parties (Oct. 31, various locations).

If you’re a little more sedate about autumn, and you feel ambivalent about all the tricking and treating, remember that it’s pumpkin season — and local coolers overflow with delicious pumpkin beers. Find varieties at hot spots like Bocktown Beer and Grill (bocktown.com).