Nightlife: Where to Head in Pittsburgh for Lots of Laughs 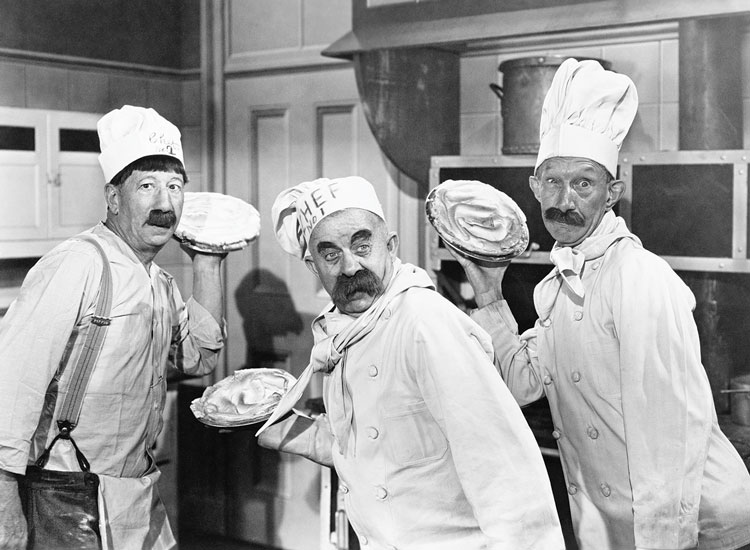 Pittsburgh’s improv comedy scene has grown markedly during the past decade. Live, unscripted comedic shows once were scarce; now, three full-time organizations (two with dedicated performance spaces) offer weekly shows. There’s a roadblock for uninitiated audiences, however; it can be tough to know where to start. Sure, you can (and should) visit Arcade Comedy Theater [811 Liberty Ave., downtown] or The Maker Theater [5950 Ellsworth Ave., East Liberty], or find a show presented by Unplanned Comedy Pittsburgh.

But what if you’re looking for the very best? It’s a dilemma that Abby Fudor, co-owner of Arcade, knows well.

“How do we get people in Pittsburgh to know that we’re here,” she says, “and know that this is another reliable source of really good comedy?”

Woody Drennan, creative director and owner of Unplanned Comedy, recommends two-man group Justin and Jerome Experience. During performances at Hambone’s [4207 Butler St., Lawrenceville] every third Saturday of the month, Justin Vetter and Jerome Fitzgerald don wireless microphones and traverse the bar, Drennan says. “Sometimes they’ll go out onto the street and have a scene that everyone watches through the window … It’s different, and they’re hilarious.”

Speaking of different: If you’d like to see musical improv — that’s a fully improvised musical, with original, off-the-cuff songs — Fudor praises baby GRAND. Experienced improvisers Connor McCanlus and Missy Moreno “are individually at the top of their game, and they decided, ‘Hey, why don’t we team up?’” Fudor says.

Rachel Carson’s genius was her precise balance of science and emotion. With her 1962 book “Silent Spring,” the native of Springdale started a national controversy over the detrimental impacts of the chemical pesticide DDT. That fight, in turn, propelled the environmental movement to its string of legislative victories throughout the 1970s.

During the past decade, the centenary of Carson’s birth and the golden anniversary of her best-known work have given cause for considering her life in perspective. A new documentary called A Power of One Voice uses interviews with her family, her biographer and her disciples to present Carson as a role model for grassroots movements of all types.

The film will play on Aug. 27 at the Historic Pump House of the Carrie Furnace in Swissvale. Producer Patricia DeMarco, former director of the Rachel Carson Institute at Chatham University, is scheduled to attend and lead a post-screening discussion.