Cho will perform for a three-night special event in Pittsburgh in May. 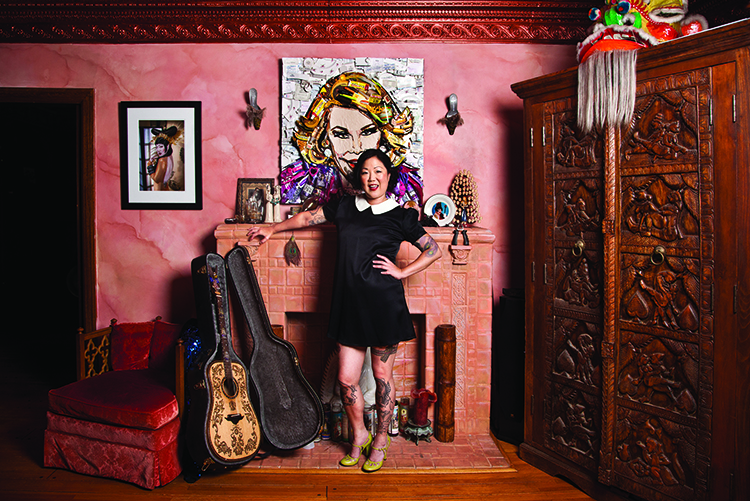 May 12-14/ Margaret Cho has survived a lot of niches. Since making her debut on the national stage in the ABC sitcom “All-American Girl” in 1994, the comedian has been labeled a woman comic, an Asian comic, a queer comic and a liberal comic. Over time, she’s perfected being all of those comics at once. She is able to comfortably shift from working in television (“Dancing with the Stars”), to books (“I’m the One That I Want”), to music (“Cho Dependent”), to Twitter campaigns (“#12DaysofRage,” in which women tell their stories of abuse). Stand-up comedy, though, always has been her home. Her act combines observations about her ethnicity and sexuality, statements of self-acceptance and, of course, some truly blue material. But if her act passed muster in notoriously conservative Singapore, it shouldn’t be too shocking for a three-night special event at the Pittsburgh Improv. (166 E. Bridge St., Homestead; 412/462-5233, pittsburgh.improv.com)

In 2013, the documentary film “Blackfish” awoke viewers to a problem long overlooked: the inherent cruelty of keeping large aquatic mammals, such as Sea World’s killer whales, on public display. The theme-park company fought back against the film’s claims, but in less than three years bowed to public pressure and announced the end of its whale-breeding program and an eventual stop to its flagship shows. The lesson in this? Documentaries have the power to alert and rally viewers around causes, and films of an environmental nature can strike nerves. The slogan of the California-based Wild & Scenic Film Festival, “Where activism gets inspired,” fits that theory. A touring version of the fest appeared in Pittsburgh last year, courtesy of Allegheny CleanWays (alleghenycleanways.org) and the Pennsylvania Resources Council (prc.org); it’s set to return in September.

Leading up to the main event, the organizations will partner to present “Films for a Better Planet,” a series of environmentally focused documentaries at free screenings around town. “We figured showing beautiful and educational and really interesting films would be a great way to open up the conversation,” says Mary Kate Ranii, PRC’s program and outreach coordinator.

The first event is scheduled for May 6; the doc “Racing to Zero,” which follows San Francisco’s efforts to achieve zero waste via new and old methods of recycling, will be featured. Wigle Whiskey’s Barrelhouse (1055 Spring Garden Ave., Spring Garden; wiglewhiskey.com) will host, with its tasting room open and food trucks rolling in. After the movie, local experts will be on hand to talk recycling, sustainability and more.

Advance registration is required. More free screenings are scheduled throughout the summer, and tickets for the festival are on sale soon; for details on upcoming events, keep an eye on prc.org.