This North Side institution is nestled in the ground floor of the former candy factory. 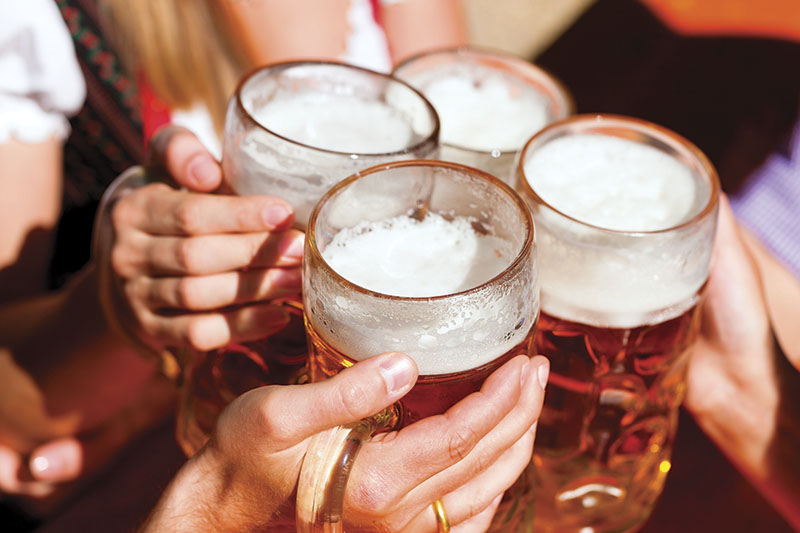 The North Shore has become a thriving destination throughout the past two decades, with development being a constant. Three Rivers Stadium was once its own outpost across the river, eventually gaining a neighbor in the Carnegie Science Center. When the old stadium fell and PNC Park and Heinz Field took its place, newer titans came into the picture — Rivers Casino and Stage AE.

If you were leaving Three Rivers after a Pirates win or a Steelers loss 20 years ago, you didn’t have an array of riverfront dining options from which to choose. If you intended to stay on the North Side, the nearest option was The Clark Bar & Grill, nestled in the ground floor of the former candy factory. As everything else along the shore has changed, The Clark Bar — mostly — has not.

The landmark pub opened in 1989; sitting at a table today, it’s easy to assume you’ve returned to that era. The Clark Bar is still very much a product of that time — neon and a little dark around the corners. Add well-worn tables and a menu much more ’Burgh than bohemian, and those with a penchant for the old days of Pittsburgh will feel right at home.

It’s truly a sports bar — a number of flat-screen TVs are more or less the only modern accoutrements — though you’ll have an easier time locating portraits of Bonds and Leyland than McCutchen and Hurdle. The focus is on pub grub and beer. Feel free to deviate to spirits, but I’d avoid cocktails; on one visit, I ordered a Tom Collins and was instead handed an Arnold Palmer. Those are two very different drinks, to say the least.

The modern side of the restaurant is a street-facing cigar bar, which was added in 2010. It’s a bit stark but comfortable for lunch or happy hour, if you don’t mind the smoke. (Smoking is allowed only in this part of The Clark Bar.)

Truthfully, the food is hit or miss. If you stick to burgers and bar-fare favorites, you’ll be happy enough. This is an establishment that does well with the simple, the staple, the usual; for a long time, it was a go-to spot, and it fell into that niche well, for better or worse. Now, The Clark Bar’s rough edges are forgivable, as the joint has evolved into a quaint throwback. For anyone who appreciates the amenities of our modern-day baseball palace but waxes nostalgic for the gritty confines of Three Rivers, The Clark Bar helps fill the void.

Opera aficionados don’t usually flock to suburban shopping centers, but the crew at Fathom Events (fathomevents.com) wants to change that. At multiplexes across the country, you can catch live performances from New York’s Metropolitan Opera, broadcast to theater screens in HD. Head to Cinemark Robinson Township Nov. 9 for a 12:55 p.m. performance of Puccini’s Tosca. If that’s a little early for your arias, you can catch a replay Nov. 13 at 6:30 p.m.