The couple self-composed both their vows and the agenda for their ceremony, which was officiated by the Rev. Dr. William Carrell, a longtime family friend of the bride. Friends and relatives recited the readings, and the groom’s brother, an accomplished pianist, helped pick the music, which ranged from Mussgorgsky’s “Pictures at an Exhibition” to The Temptations’ “My Girl.” 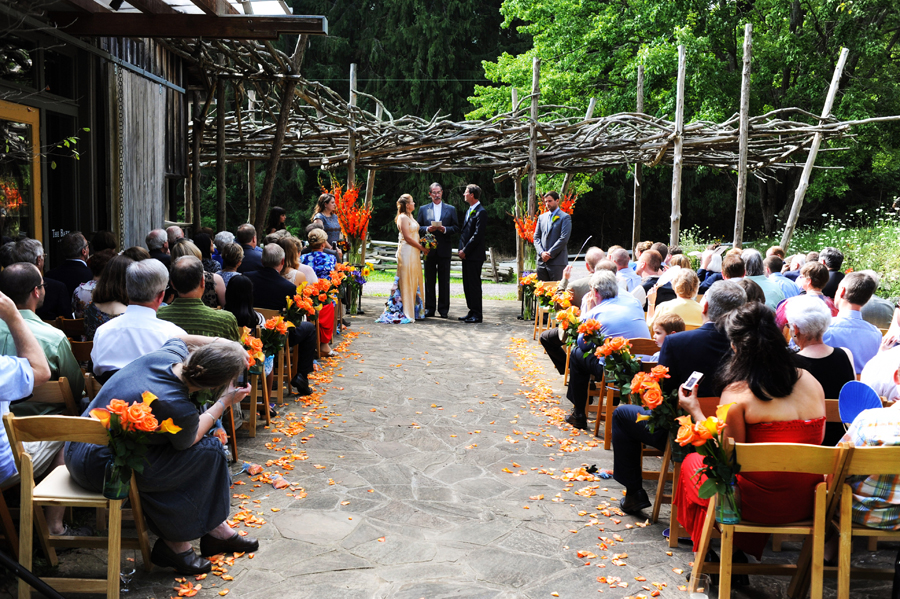 WEDDING COORDINATOR
Melissa Crawford of Devoted to You Events (412/758-9720, devotedtoyouevents.org) was an asset to Nicola and Michael; not only did her great taste help to bring the couple’s ideas for their event to fruition, but she also was an expert at keeping within the budget and coordinating all of their day-of details. 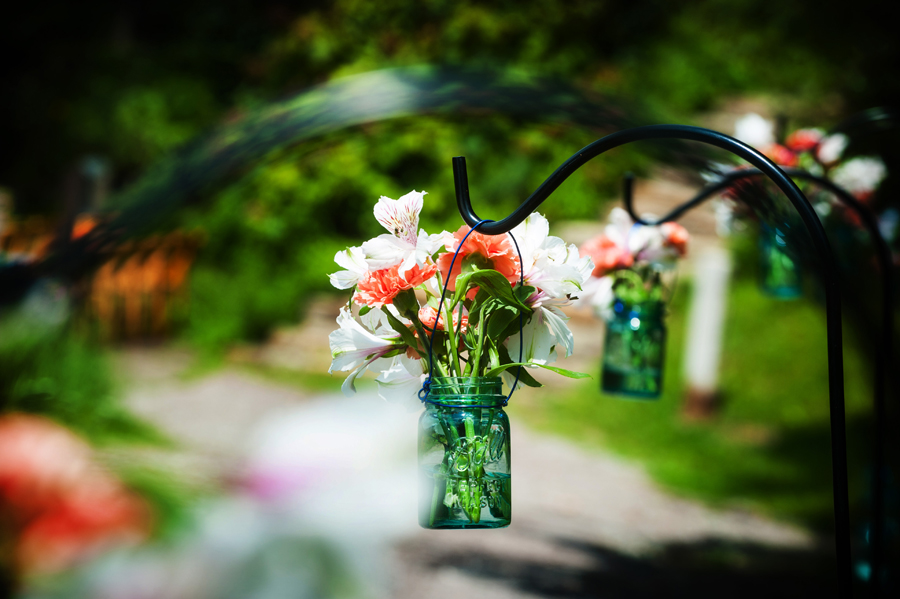 Melissa Crawford and the bride designed other floral arrangements for the event, including the hanging vases of orange roses and mango calla lilies made of blue quart mason jars from Nicola’s personal collection for the chairs and row ends. 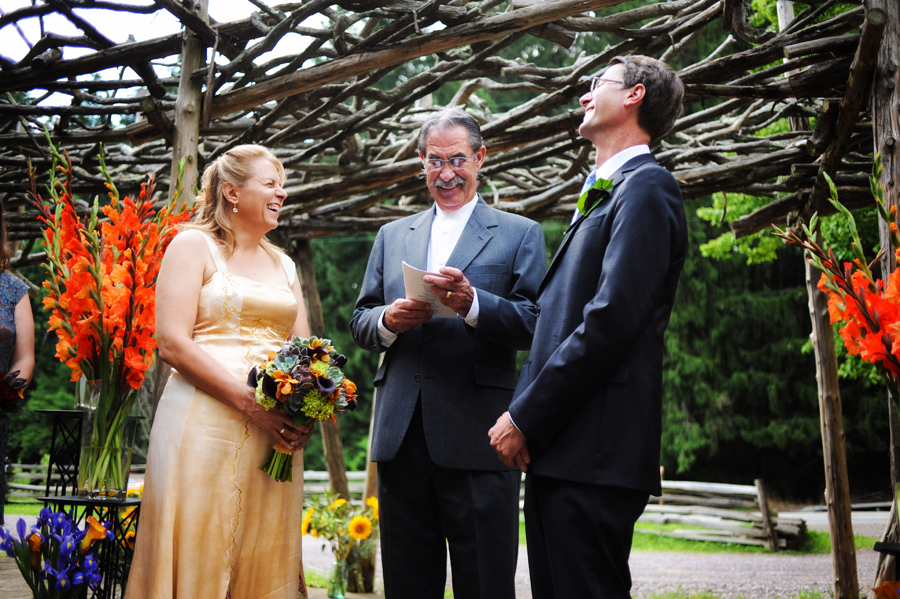 ON THE BRIDE
Nicola wanted a dress that was playful, interesting and unusual — yet still beautiful — so she chose a gold silk gown by Seattle designer Chrissie Wai-Ching (wai-ching.com) that featured colorful hand-embroidered collages to match her bouquet and a colorful looped train. The bride also wore a blue satin garter with tiny orange flowers that was handmade by Patricia Walton, mother-in-law of the groom’s daughter. Patricia also handled Nicola’s hair and makeup. 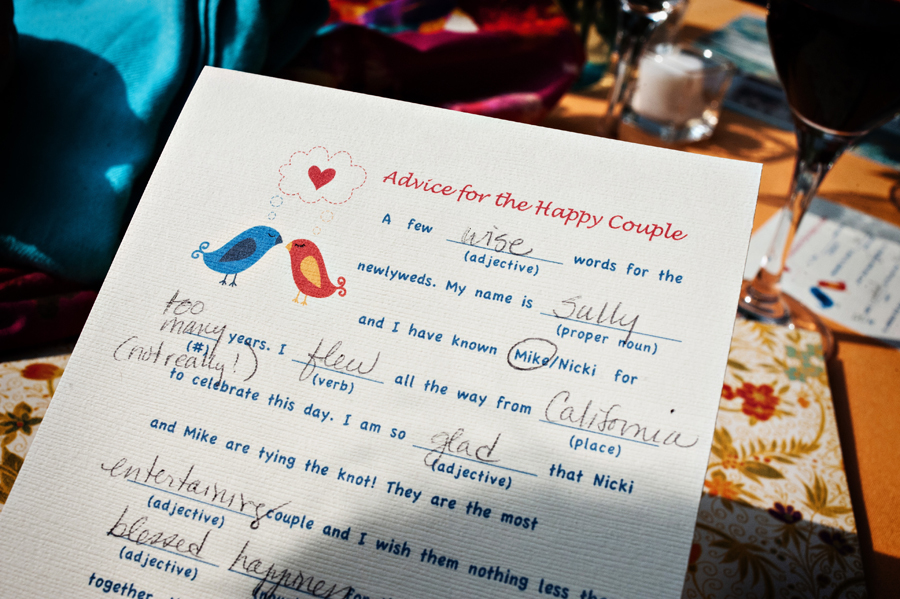 ON THE GROOM
Michael wore a gray suit from Brooks Brothers (brooksbrothers.com) and a light-blue tie, both of which were purchased during an NYC shopping trip with his best man — his son, Steven.

RECEPTION
As admirers of Frank Lloyd Wright’s architecture, Nicola and Mike paid homage to his designs by having their wedding at Fallingwater — and by referencing his work in their menus, place cards and sweetheart table runner at their reception. Other decorations for the event included submerged orchid centerpieces with votive candles designed by the bride and wedding coordinator and a giant family photo wall for guests to take pictures with — a real crowd-pleaser during the cocktail hour! 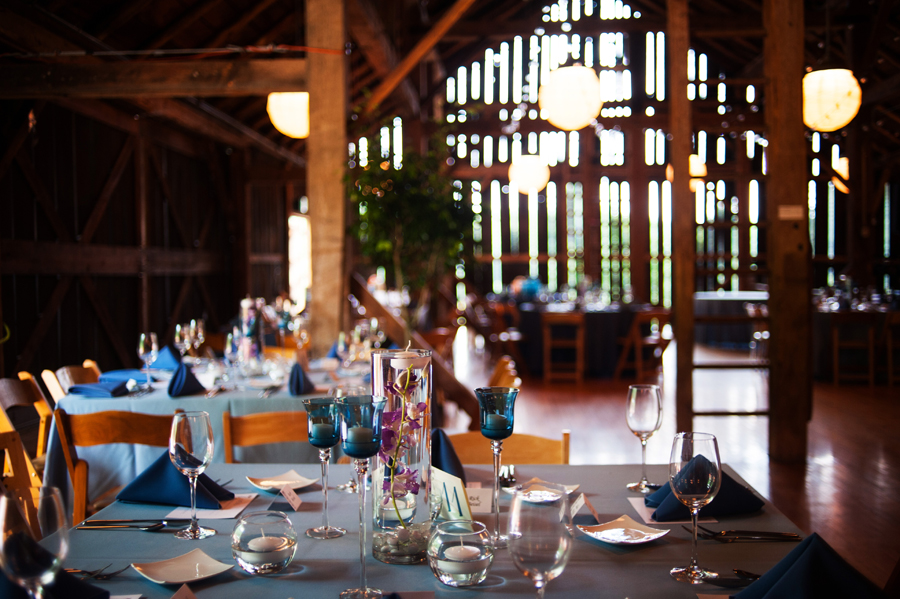 The couple also made sure to display photos of their parents throughout the reception venue and on their cake table; three of them were unable to be at the event in person, so Nicola and Michael included them in spirit. 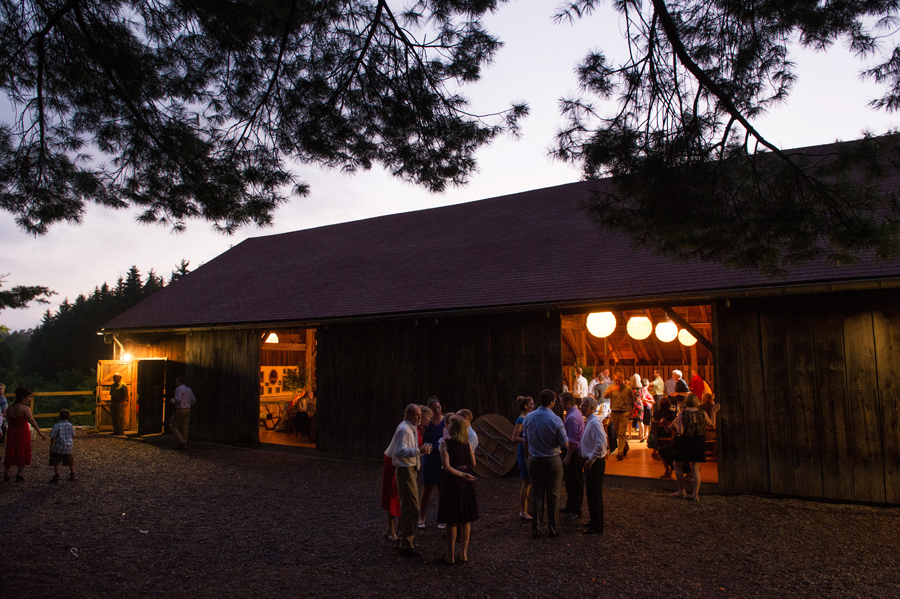 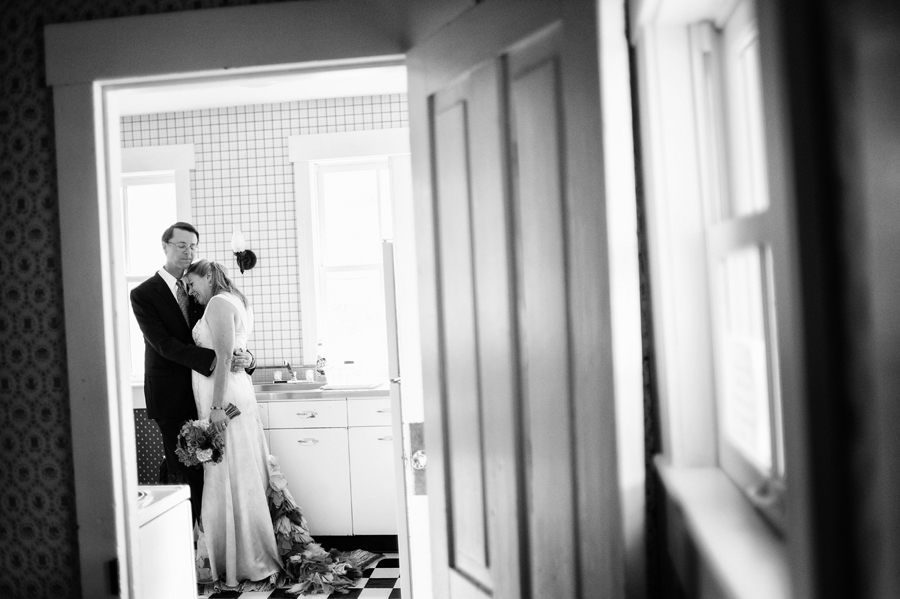