Next Month, Pittsburgh Baseball Fans Should Head to Cleveland

The expanded festivities around baseball's All-Star game make the drive more than worth it for fans of the national pastime. 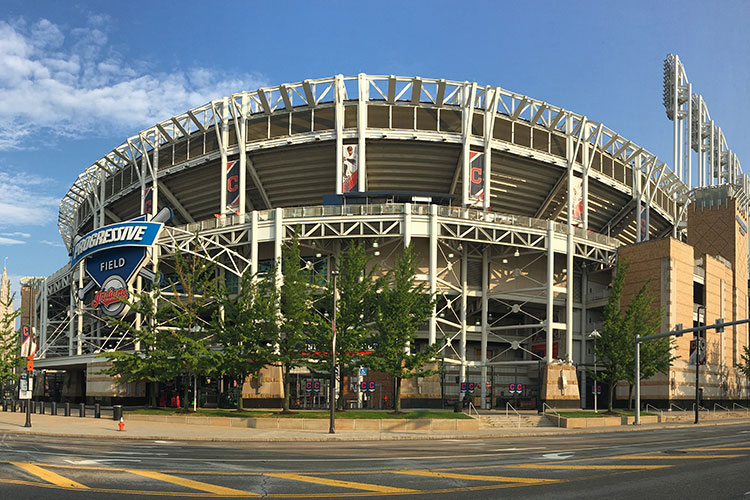 Pittsburgh has hosted Major League Baseball’s All-Star Game twice in recent memory: In 1994, at Three Rivers Stadium, and in 2006, at PNC Park. As a result, we probably shouldn’t expect another Midsummer Classic anytime soon; there are plenty of teams and cities far more overdue. (Tampa Bay is still awaiting its first selection, more than 20 years after the franchise was founded.)

That makes this year’s game in nearby Cleveland a chance for Pittsburgh fans to experience the festivities, which have grown from a lighthearted exhibition to a nearly week-long celebration. In less than three hours, you could be in the stands for the annual National League vs. American League showdown, or the bombastic Home Run Derby.
If you can nab a ticket, of course. If not: No worries. There is plenty more going on. And Play Ball Park, an indoor/outdoor festival, offers plenty of reasons to make the drive.

Part fan festival, part convention and part family outing, the brand-new Play Ball Park will present a slew of activities, exhibits and events — including meet-and-greet sessions with current and former players, including Hall-of-Fame inductees and Olympians — from the Friday preceding the game (July 5) to the day of (Tuesday, July 9).

“The die-hard fan is in heaven,” says Jacqueline Secaira-Cotto, director of special events for Major League Baseball. She is quick to stress, however, that Play Ball Park offers events not just for fanatics, but for families — “Lots of running and throwing and hitting,” she says — and those just looking for entertainment, with additional programming including live music, food trucks and a zipline. “This is a multi-layered chocolate cake that we’re cooking up, here.”

A collection of artifacts from the Baseball Hall of Fame and Museum will make the trip to Cleveland for the event, including key bits of All-Star Game history dating back to Ted Williams’ game-winning, home-run ball from the 1941 contest. For Pirates fans, The Great One will be represented: A game-worn Roberto Clemente jersey will be on display.

The outdoor side of Play Ball Park is free to the public, while the indoor event is ticketed. More information and a full schedule of events can be found at allstargame.com.

This article appears in the June 2019 issue of The 412.
Categories: Things To Do