Next Man Up: JuJu is Looking like He’s Up to the Task

In the wake of a disappointing season and a tumultuous offseason, the Steelers have a new look, a new attitude and a new approach. Wide receiver JuJu Smith-Schuster has been personifying all three while turning Saint Vincent College into his personal playground. 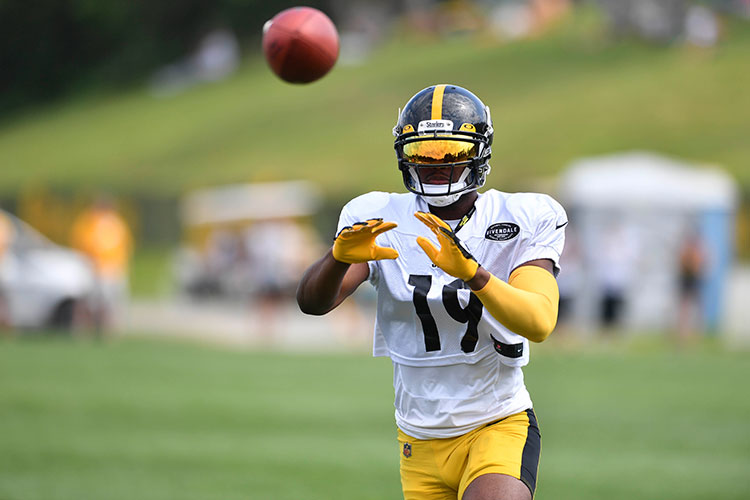 The pass wasn’t horribly overthrown, but it was far enough off target that neither cornerback Herb Waters nor wide receiver JuJu Smith-Schuster could catch up to it.

This was just another 1-on-1 drill during just another day of training camp, but Smith-Schuster, ever the competitor, appeared temporarily crestfallen.

“It’s OK, JuJu,” a woman observing from the sidelines offered. “I still love you.”

Smith-Schuster dropped to one knee and extended his arms in response.

The woman was so stunned, or, perhaps, so intent on capturing the moment on her iPhone she never responded. 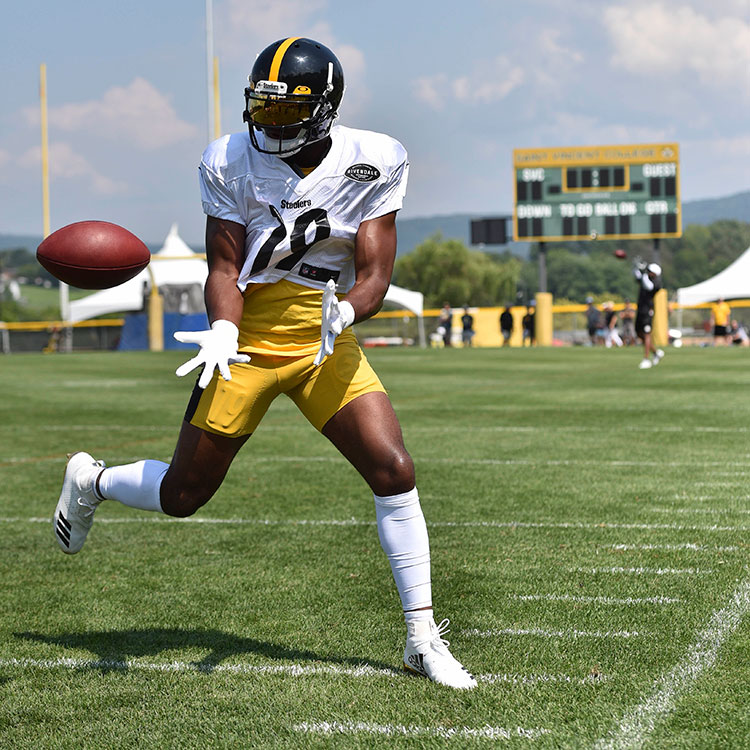 Roethlisberger saw an opportunity during a drill called “Backed Up,” which challenges the offense to move the ball off the 1-yard line. Knowing that this was a non-tackling drill, and that he wasn’t about to be tackled by anyone under any circumstance anyway, Roethlisberger kept the ball and just kept running. No one on the defense even pursued him.

But Smith-Schuster did, and eventually accepted a lateral from Big Ben and jogged the last 20 yards or so into the end zone.

The crowd in the grandstand at Chuck Noll field and those on the adjacent hillsides went crazy.

Roethlisberger, 37, and Smith-Schuster, 22, both got a kick out of that.

There was also that time when Smith-Schuster tackled fellow wide receiver Ryan Switzer.

Smith-Schuster dropped his teammate on the way back to the huddle, probably just to keep him honest.

They both broke out in laughter on the ground.

And so it goes at Saint Vincent College.

The kid receiver tasked with replacing the legendary and perhaps incomparable Antonio Brown as Roethlisberger’s No. 1 target has been demonstrating daily skills that suggest he may well be up to the challenge. Smith-Schuster has been catching almost everything. He’s making plays in the end zone during “Seven Shots,” the Steelers’ practice-opening, short yardage/two-point conversion drill. He’s running under balls launched deep down the sideline by Roethlisberger with regularity, and going up to get passes over the middle in traffic. Smith-Schuster has even driven rookie cornerback Justin Layne 15 yards down the field in a 1-on-1 defensive backs/wide receivers blocking drill.

And Smith-Schuster is apparently enjoying every second of what might otherwise easily be perceived as professional drudgery. 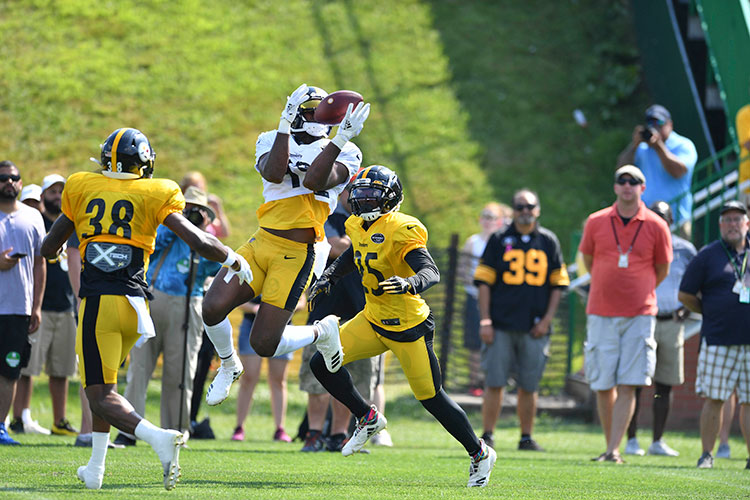 He has Brown’s flare for the dramatic without the accompanying pain-in-the-neck guy running around everywhere taking pictures for Instagram.

Smith-Schuster has the smile of Hines Ward, except with more accompanying explosiveness.

It’ll get tougher than it’s been so far at the Steelers’ pastoral summer home.

But for now, Smith-Schuster is personifying the Steelers new look, new attitude and new approach.

That’s more than enough for Smith-Schuster and for the Steelers, at least for the time being.

Tight end Vance McDonald attempted to contextualize the fresh air these distraction- and drama-free Steelers are suddenly breathing, even when the heat index reaches 98 degrees.

“I like what we’re doing as an offense, as a group this year coming into this,” McDonald offered. “It’s impossible to explain. It feels very open and free and fun, that’s where I leave it. I can’t say anything else about it, it’s just fun.”

It remains uncertain as to where this team is eventually headed, or what these Steelers might ultimately be capable of individually and collectively.

But they’re off to a refreshing start, even when the odd pass or an impromptu JuJu proposal falls incomplete.