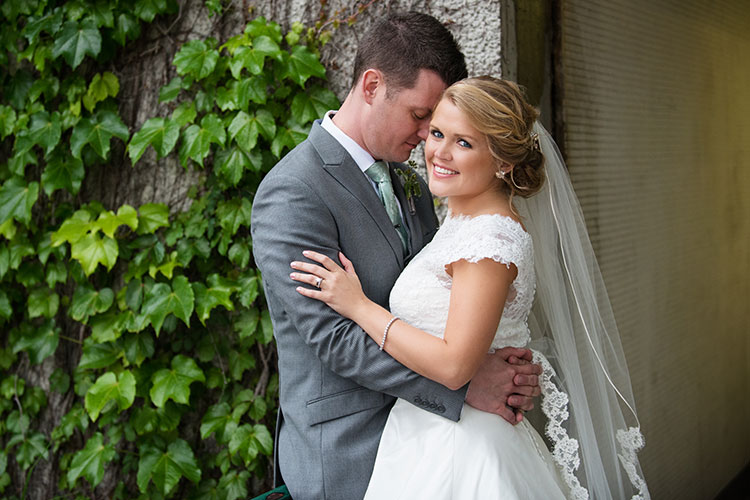 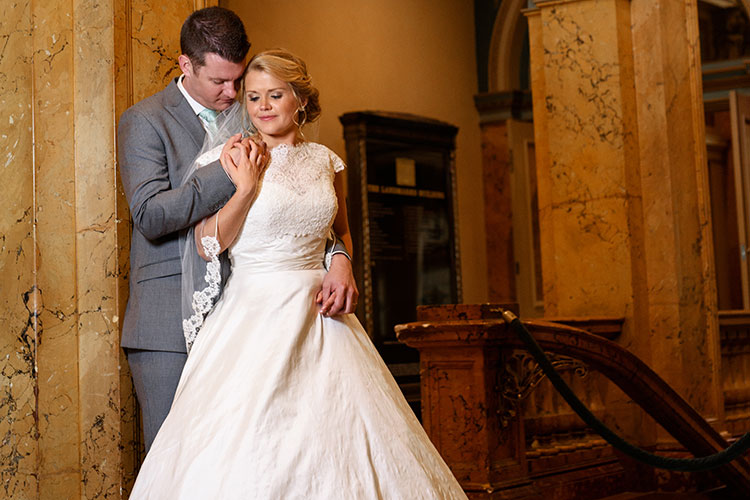 When Jeff Met Lauren.
Jeff Ferraro met Lauren Russo in August 2013 on the online dating site Match.com when she “winked” at him after enjoying the sense of humor and overall charm he displayed on his profile.

“You can look at people for free on Match, so I went on and saw Jeff’s profile,” Lauren says. “He’s actually the reason I joined [the site].”

After noticing her “wink” — a profile “like” — Jeff messaged Lauren on the site, and they began dating.

“We like to say we met at a Journey concert because it sounds better [than meeting online],” Jeff says. “It’s funny because Journey wasn’t together or touring at the time.” 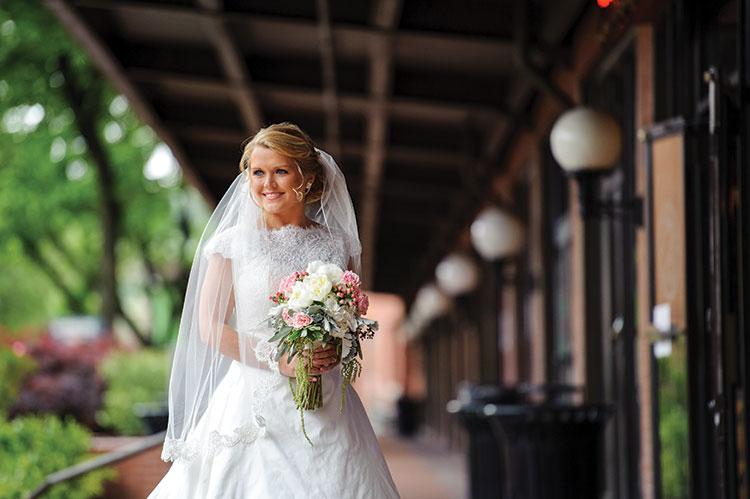 “Lauren used to show me pictures of [Jiff] because she wanted [a Pomeranian],” Jeff says. “I sent an email to the dog’s agent and said that I was proposing to my girlfriend … and [asked] if it would be possible if they could put up a picture or something that I can use for the proposal.”

Jeff sent a sign that said, “Lauren, Jiff thinks you should marry Jeff” to Jiff’s owner. Jiff’s owner made a video of the dog walking up to the sign and put it on Instagram.

While they were living outside of Washington, D.C., Jeff led Lauren to the Capitol Christmas Tree on Dec. 19, 2014, and asked her if she’d seen the new Jiff video.

Their festive pooch proposal was featured on the Huffington Post two days later. A reporter from the Washington Post who was writing a story about couples getting engaged around the holidays also got in touch with Jeff and Lauren.

“We thought it was going to be in a different section [but] it ended up being on the front page on Christmas Eve,” Lauren says. “That was really cool.” 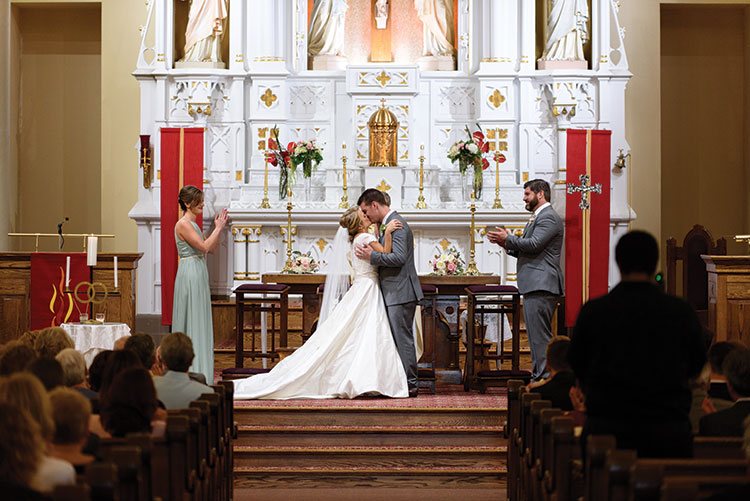 The Big Day.
The couple decided on a Pittsburgh wedding because Lauren is from Monongahela. They chose May 14 as their date, which also is the anniversary of Lauren’s grandparents’ wedding.

“They passed away before I was born, so once my mom said it was their anniversary, the date became more meaningful,” she says. 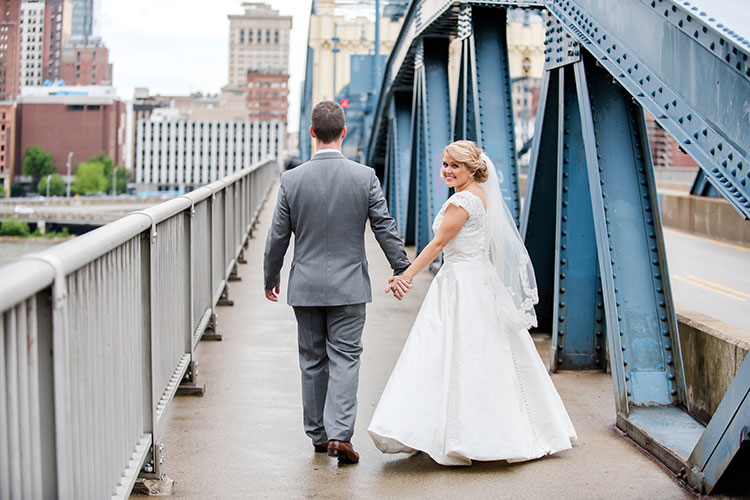 Happily Ever After.
Lauren, 33, an elementary school math coach, and Jeff, 34, a systems administrator, live in Arlington, Va., with their beagle, Layla.