New Venue To Serve as Downtown's Home for Magic 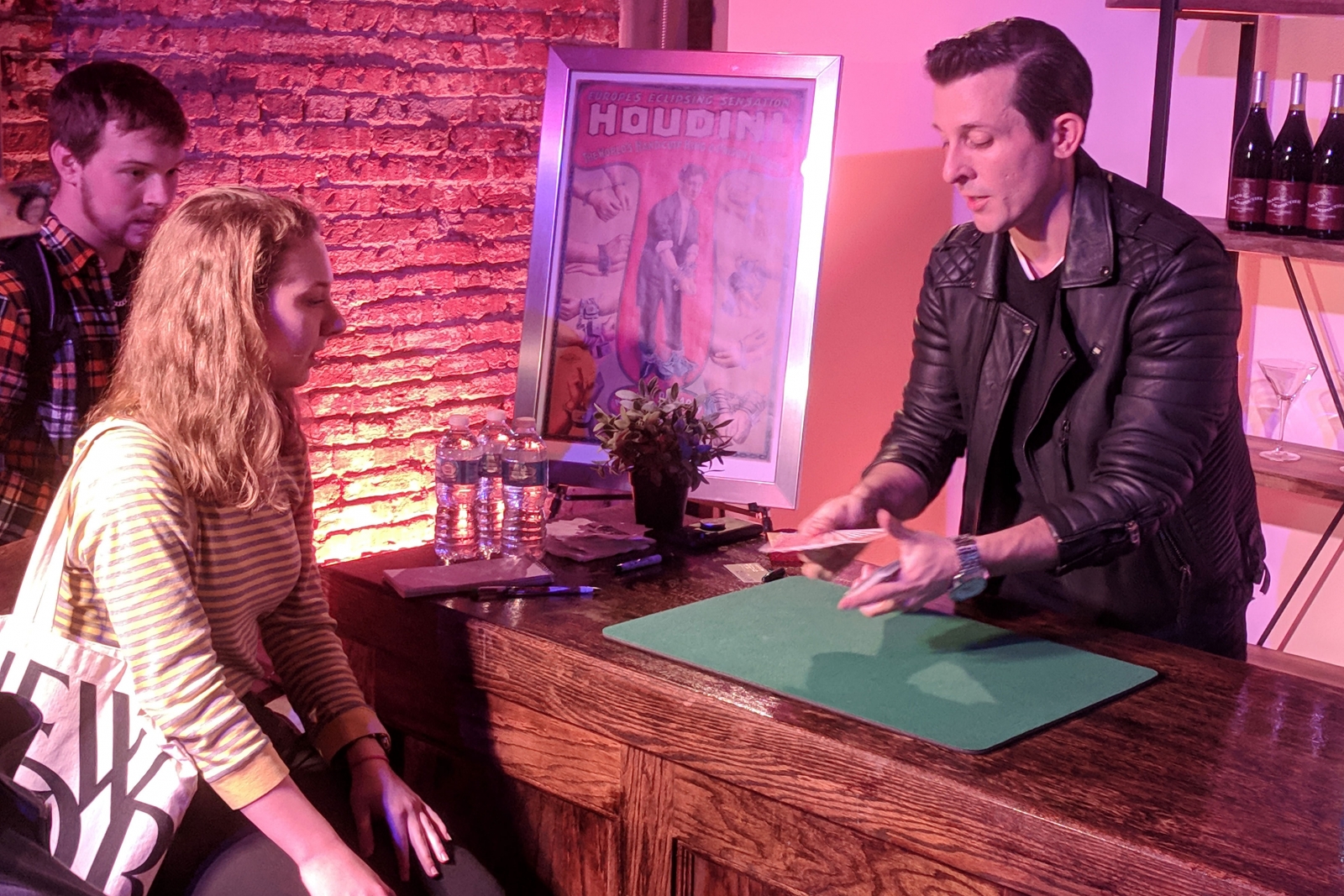 Beginning in February, a new venue will offer Downtown visitors an enchanting twist on a night out.

Liberty Magic will be an “intimate, speakeasy magic arts space,” according to a release from the Pittsburgh Cultural Trust. The space, located at 811 Liberty Ave., is set to open Feb. 6, first featuring a six-week engagement from magician Eric Jones, an “America’s Got Talent” veteran who has showcased at Los Angeles’ famous Magic Castle.

The details were revealed in an event featuring close-up performances from Jones and Liberty Magic’s artistic advisors, magicians Lee Terbosic and Dennis Watkins.

“We already have a growing audience [for magic],” says Kevin McMahon, Cultural Trust President & CEO. “At Highmark First Night, the lines for [magic] shows have continued to grow; it used to be in a small storefront, then we’ve taken it to larger and even larger venues.

“We think the city is hungry for this kind of entertainment.”

The intimate space — it was the original home of Arcade Comedy Theater, before the comedy hotspot moved down the street in 2017 — will seat only 68 patrons per performance, allowing for magicians to perform in the “parlour magic” tradition, focused on close-up sleight of hand and card tricks.

“There are not many traditional, close-up style venues in the world,” Jones says. “For me as an artist, it allows me to see to the back of the room, so that I can interact and engage with everyone in the audience.”

The theater will open for six shows per week, from Wednesdays through Sundays (with two shows on Saturday evenings). General admission tickets will be priced at $40; a limited number of “Skeleton Key VIP Experience” tickets will be available, offering artist meet-and-greets, the opportunity to participate in the show as a volunteer and more “close-up mysteries.”

Additionally, Liberty Magic will be a BYOB venue with a $5-per-guest corkage fee. The Cultural Trust recommends that audience members be over the age of 18, and no one under the age of 12 will be admitted.

Terbosic will take up the second residency at Liberty Magic, debuting a new show on March 20. Only those first two runs are confirmed for now. “More surprises will be announced down the road,” says Scott Shiller, Liberty Magic’s producer and the Trust’s VP of Artistic Planning.

For Terbosic, it’s the culmination of more than a decade performing magic around the world while maintaining Pittsburgh as a home base. His show at the Hotel Monaco, “52 Up Close,” served as an unofficial predecessor to the establishment of Liberty Magic — as did his death-defying “Houdini100” event in 2016, where he escaped from a straightjacket hung above Liberty Avenue, recreating a feat Harry Houdini completed a century earlier (to the minute).

“My dream when I was 20 years old was to someday bring a theater dedicated to magic to the city of Pittsburgh,” Terbosic says.

“I never really thought this would actually come true.”

Tickets for Liberty Magic are on sale now.