New to Pittsburgh? Make Your First Stop at the Library

The Carnegie Library of Pittsburgh’s Welcome Centers provide guidance and resources to the city’s new arrivals. 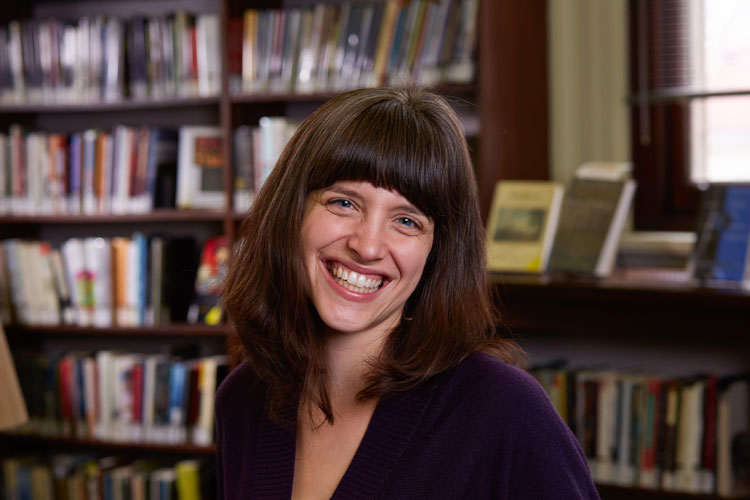 Near the front doors of the Carnegie Library of Pittsburgh’s main branch, there’s a small set of shelves filled with books for learning English, guides to Pittsburgh and other resources. Toolkits from U.S. Citizenship and Immigration Services contain flashcards and other study materials, appropriate for “wherever you happen to be along the path,” according to librarian Rita Botts.

Physically, it may not seem like a big part of the massive Oakland library. But the Welcome Center is a life-changing resource for the newest Pittsburghers.

One hundred years ago, 26 percent of Pittsburgh was foreign-born. Today, it’s 7.4 percent (less than the 12.9 percent mark nationwide). About the only thing that hasn’t changed in the past 100 years: what it’s like to be “away from the people you love and the food that you love — or the bureaucracy that you understand and the culture that you understand,” Botts says.

“Even for people who might have a lot of money or education, [the citizenship process] is daunting,” says Botts, who has been at the library’s main branch since 2010.

In 2015, as part of the Welcoming Pittsburgh initiative, the city met with Botts and two of her colleagues to see how libraries — already well-trafficked and practiced in helping patrons navigate resources — could play a part in assisting immigrant communities.

Botts, a Virginia native, was already a facilitator for the Let’s Speak English program and had an active interest in assisting foreign-born Pittsburghers. Prior to earning her Master of Library and Information Science degree at the University of Pittsburgh, Botts served in the Peace Corps and AmeriCorps for two years each. “I loved national service,” she says.

Botts and her colleagues wanted to plan beyond the physical spaces, which were created in six key branches — now eight — including Knoxville, Beechview, Downtown & Business and Squirrel Hill. “Filling a shelf with a bunch of books and resources does not make us welcoming,” Botts says. “It’s much bigger than that.”

Toward that end, Botts works with immigrant-focused partners, including Literacy Pittsburgh, Jewish Family and Community Services and the Bhutanese Community Association of Pittsburgh.
Literacy Pittsburgh trained library staff in cultural sensitivity for fostering successful relationships with patrons. They are learning “what is it like to be in a country where all day long, you’re hearing a language you don’t understand — how challenging that is.”

Other partners educated library staff on the complicated path to citizenship. Botts and her coworkers are not qualified to guide someone through the process of becoming a naturalized citizen, but they are able to connect clients to immigration lawyers and community groups in addition to offering test preparation resources.

“For me,” Botts says, being welcoming means “hiring staff who don’t look like me, staff who speak the language of their customers, who look like their customers.” In that, too, partnerships play a role: a job posting at the Knoxville branch, for instance, would automatically be sent to the Bhutanese Community Association.

In Oakland, popular programs include Let’s Speak English, which is a conversational group, as well as a monthly book club for people practicing English, which reads titles ranging from Ernest Hemingway classics to Robert Parker’s bestsellers to popular graphic autobiographies such as “Persepolis.”

For Botts, “the most rewarding moments are when someone who’s been coming to our programs and taking the opportunity to use our resources then decides they want to volunteer. It is such a benefit for us.” Volunteers recently translated and narrated new video introductions for the library — available resources, how to obtain a library card, assurance that immigration status is irrelevant — in seven frequently used languages.

When people give of their time like that, Botts says, “that means they really feel comfortable here. They’re truly becoming civically involved.”

This article appears in the September 2018 issue of Pittsburgh Magazine.
Categories: Community Feature